Who polices the AI Police? 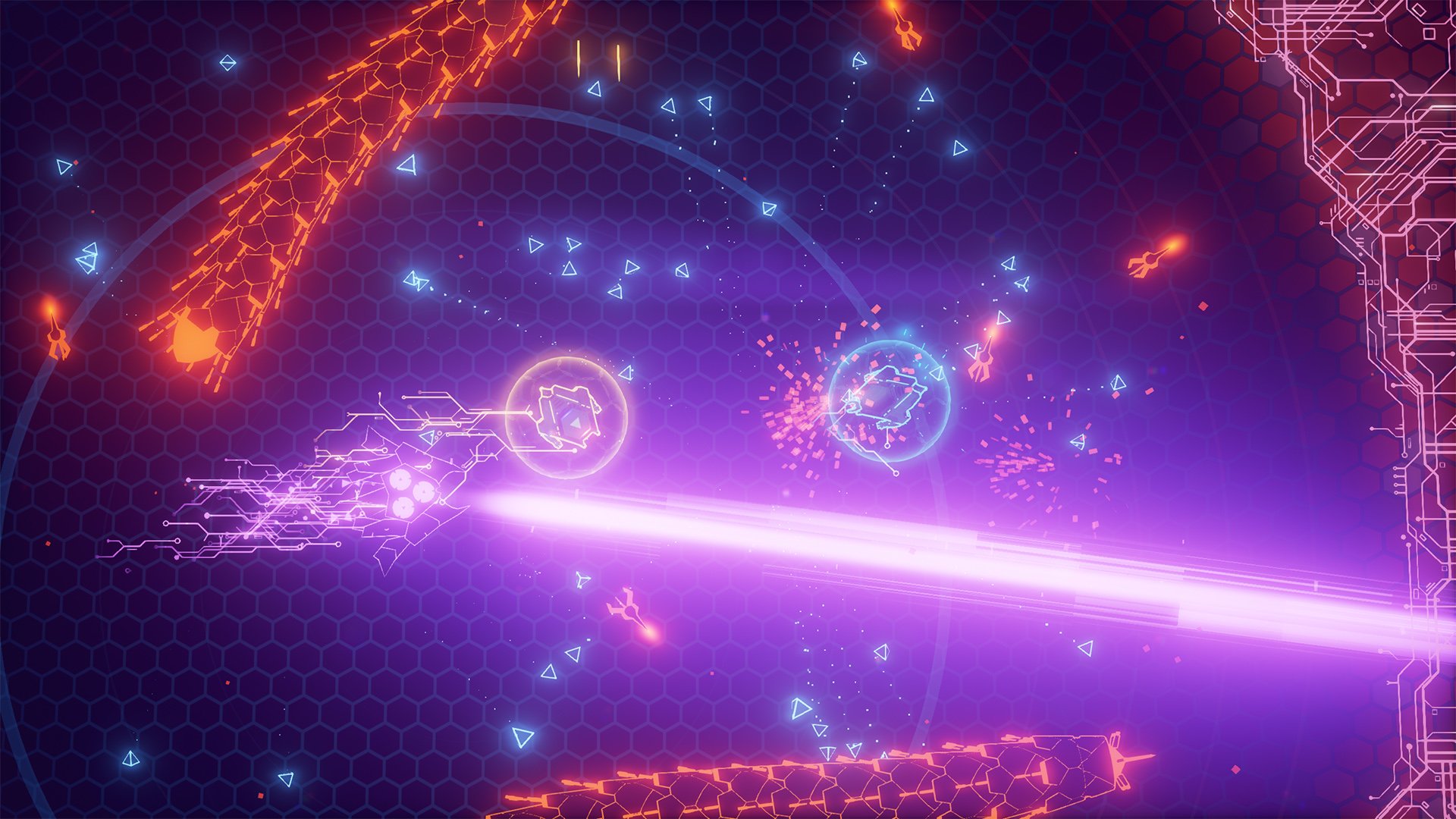 One part Geometry Wars, one part…Geometry Wars, AIPD is a shmup that sports interesting neon visuals and a bumpin’ soundtrack. It’s relatively easy to pick up given its twin-stick nature, as the only nuances you’ll need to learn are the differences between the scant few powerups at your disposal. There’s gadgets like slo-mo, shields, and the like to choose from, most of which you’ve seen before.

Despite the lack of innovation, AIPD succeeds at a base level with tight controls and a fun aesthetic. I also like how it occasionally switches objectives after clearing out specific waves, and presents players with a choice of challenges — something like picking between “enemies do more damage,” or “players earn less points.” It keeps you on your toes constantly. And since there’s several difficulty levels available, the top of which is actually challenging, it mixes things up even more.

But once you realize that those challenge nodes are basically there as a smoke and mirror effect to hide the fact that there’s one level (a circle), the formula starts to falter. There’s just a few enemy types in total to do battle with, and only two — the laser-blasting Battleship and the snake-like Bouncer — are truly unique. The rest feel like fodder, and wander around aimlessly without any real rhyme or reason. Even though there’s two colors (red and purple) to differentiate them, most of the time I couldn’t tell them apart.

As time goes on, you have the options to unlock new weapons and starting loadouts, but that’s about it. Mechanics like the heat meter, which halts fire momentarily to jettison a bomb that can harm the player, are cool in theory (it sounds cool just talking about it), but they only serve to break up the pacing. The few modes that are available feel too similar, and the “creation” mode that I was initially excited to dive into only allows players to choose custom rulesets from a strict table, so you aren’t actually given a lot of freedom.

The good news is that AIPD supports up to four players locally, so if you have three other friends who are die-hard shmup fans, it’s worth checking out. Otherwise you can steer clear and pick up the heap of other great shooters on Steam or PS4. Those platforms have no shortage of them.