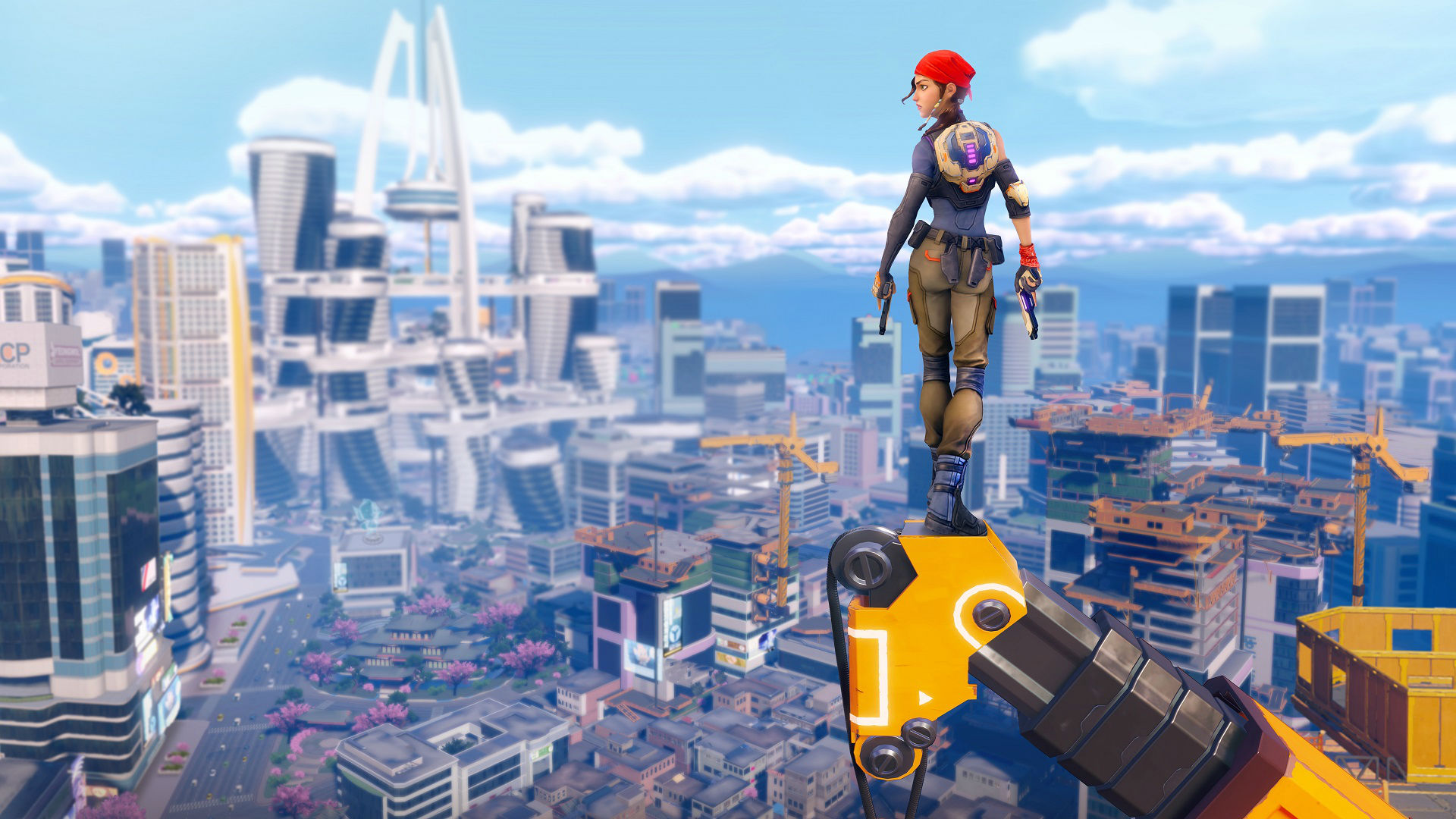 Volition took Saints Row in such a nuttier direction than anyone could have predicted. But after ruling Stilwater, taking out the military in Steelport, being trapped in a virtual world and fighting aliens, and literally going to Hell, surely they had reached a creative impasse with the series.

In a surprising, Volition fashion, they decided to just take some of the Saints Row DNA and apply it to a different kind of parody. Instead of aping open-world crime fantasies like Grand Theft Auto, instead we have a mishmash of Overwatch, Crackdown, and ’80s cartoons like G.I. Joe and M.A.S.K.

And just like those cartoons of old, Agents of Mayhem is a kooky fun time full of incredibly noticeable faults. 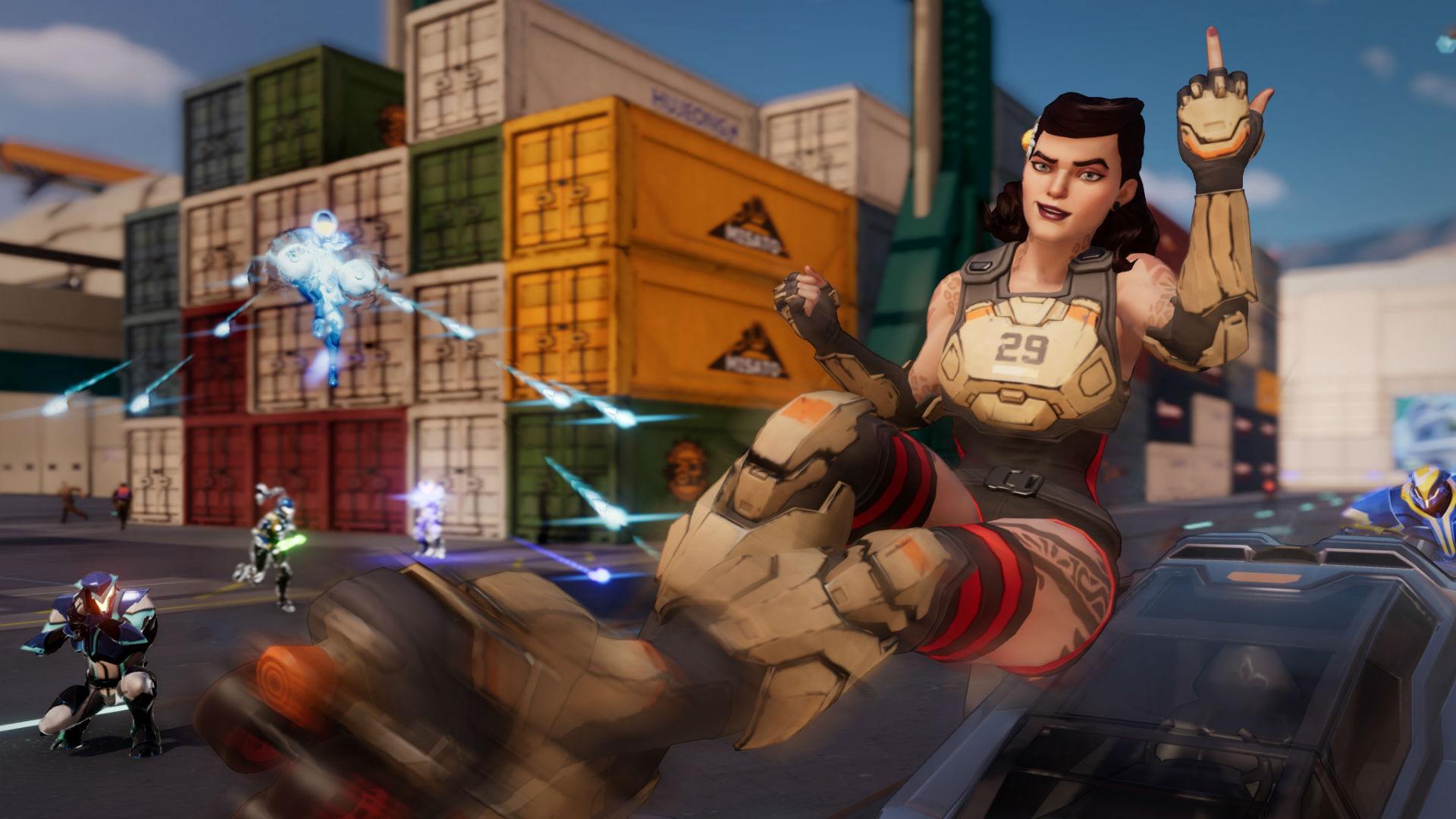 Branching off of one of Gat Out of Hell‘s endings in which Gat asks God to recreate the Saints Row universe, the evil corporation L.E.G.I.O.N. launches a surprise attack on the world (known as Devil’s Night) and takes over. After a change of heart, former Legion lieutenant Persephone Brimstone forms M.A.Y.H.E.M., a group comprised of code-named agents who all have their own motivations and colorful personalities. Those colorful personalities inform Agents of Mayhem‘s core conceit of taking on missions with teams of three characters. Each agent has their own area of proficiency, with some being better at hacking and some who are able to break through enemy shielding faster, so it’s a matter of managing the mayhem and figuring out which team composition works for your style of play.

I was surprised at how much variety was at work here. While controlling the agents feels similar to the Saints Row series, as aiming and shooting tends to feel as stiff as it did in those games, each agent is refreshing. Their core movement may share similarities among each other since the differing agents all come equipped with superpowered triple jumps and dashes, but there’s been a great amount of attention to detail when it comes to incorporating their personality into the weapons they use, their special ability, and finally, the “Mayhem Ability.”

My favorite agent Daisy, for example, is a rough and tough roller derby queen who uses a minigun. Couple that with her special ability (which is on a cooldown meter and activated using the right trigger) that cools her gun but gives her a shield which can knock back enemies when dashing into them. Toss in the ability to switch between agents by pressing left or right on the control pad, and there’s quite a few ways to take down enemies. One of my pressing strategies was to use the snow-Russian Yeti’s special ability to immobilize enemies, switch to Daisy and unload on them, and finally switch to the arrow sniper Rama and run away and pick at them from afar. But that’s only one of the many possible strategies to mess around with.

Agents of Mayhem is a parody of Saturday morning cartoon nostalgia, so it allows Volition to give their demented take on the genre to a hilarious degree. Returning to the home base between missions yields a load screen with an agent saying something banal as a G.I. Joe-esque PSA, the 2D animated cutscenes scattered throughout elevate the inherently goofy narrative, unlocking agents requires playing through their character-specific missions which start with an animated opening and title card, and the setting of futuristic Seoul, South Korea lends the open world to a clean look with a lovely pastel and neon palette. Unfortunately, Mayhem‘s personality can’t quite mask the flaws beneath.

The open world itself is a bit hollow. Driving around may feel much tighter than in Volition’s past works, but the mission variety leaves much to be desired. The story and character-specific ones may be fun, but there are plenty of side-missions or even ones necessary to progress that feel like filler. Lots of them, especially the Legion lair quests, involve surviving through waves of enemies. Even some boss fights include fighting waves of enemies and it hammers in a monotony that the core mechanic of switching agents tries so hard to avoid. Even if Mayhem gave me the tools to deal with these waves in different ways, it didn’t change the fact that I was eventually clearing out yet another wave in another room that looks exactly the same as the one before. 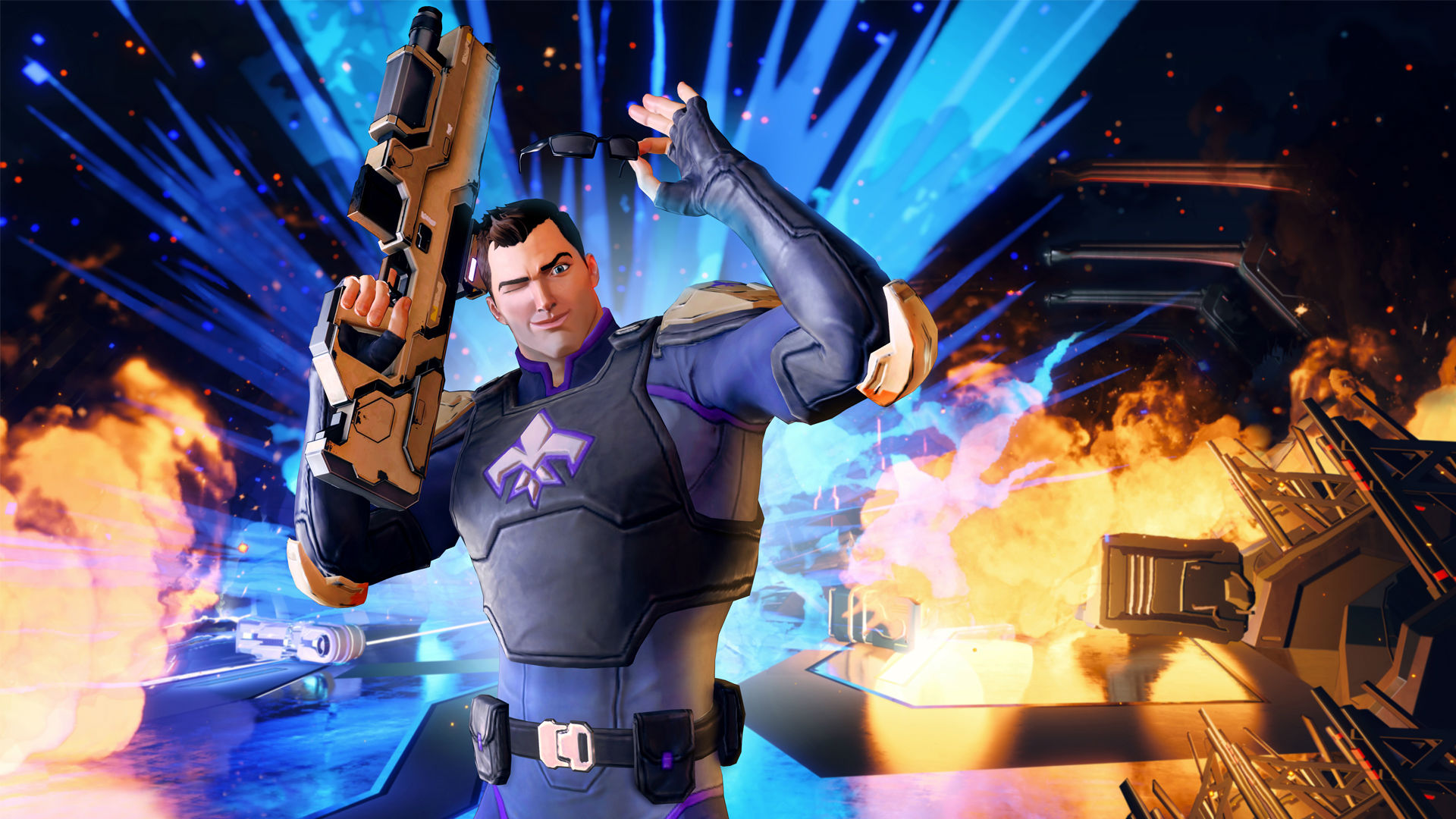 This is not even factoring in some actual technical issues I came across. Agents of Mayhem isn’t the best looking, even with its lovely coloring. There was a bit of pop-in with some areas of Seoul, the home base has a weird hazy filter in some especially well-lit areas, and it seemed to have trouble loading as sounds from the game would either bleed into story cutscenes or loading screens. Hopefully this won’t be a common occurrence, but Mayhem did crash on me at the end of a particularly lengthy boss fight toward the end of the game. Compounding on this already annoying happenstance, this boss fight is multi-tiered (with two phases of enemy waves and one of fighting the actual boss) and is at the end of a three-phased mission which had me clear out two areas of enemies before even getting to the final fight.

But despite these technical flaws, I still had a really fun time messing around with the agents. Enjoying Agents of Mayhem is sort of like watching a cartoon you used to love without the rose-colored glasses of nostalgia or the naivete of youth. You’ll get more of a kick laughing at it, rather than with, but there’s a smile on your face either way.