It isn’t too often that a game makes great use of what makes a console unique. More often publishers and developers are looking to get it out on as many platforms as possible, which makes console-specific ideas feel tacked on or ill thought out.

Affordable Space Adventures is a Wii U game that knows it is a Wii U game. GamePad and Miiverse integration are perfect, and I’m not sure that sentence has been made before. 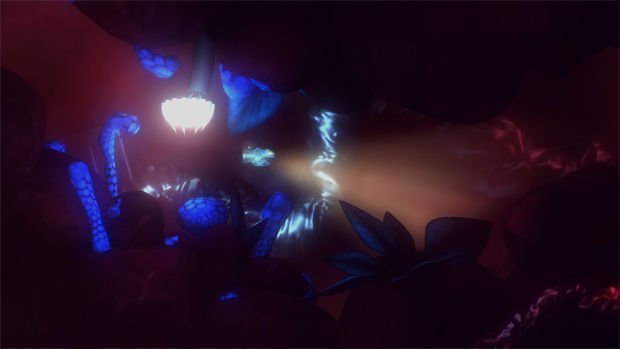 Affordable Space Adventures is all about atmosphere. The entire game is dedicated to immersing gamers into the universe the developers have created, and it works brilliantly. The player (or players) are first shown an informational video by Uexplore, the company that creates and monitors spacecrafts. From there, any and all plot is revealed by simply playing the game.

It immediately becomes obvious from the first level’s surroundings that something has gone wrong and that you’re now stranded on the planet Spectaculon. Luckily, according to Uexplore, Spectaculon has “no dangers*.”

That is not the case.

So, the only thing to do on Spectaculon is to explore, and hopefully find a way off the planet. The Small Craft™ is pretty banged up, but slowly starts to repair itself over time. As new things get repaired, a quick system message introduces how it works, and then it is up to the player to figure out how it helps them progress through the game’s obstacles. Don’t be fooled, there is story progression, but detailing any of it here would ruin it. It’s all told through gameplay and a single ending cutscene and I can’t comment enough about how the game never breaks its immersion.

Affordable Space Adventures is a true two-screen experience. The television displays the Small Craft™ and its environment, while the Wii U GamePad displays the ship’s many systems. One can change the output levels of various ship systems like thrust, stabilization, weight, among others that become available as one makes progress. Each system has an effect on the ship’s output levels of heat, electricity, and sound. This makes the player truly feel like a pilot, since many times these systems need to be adjusted on the fly.

One of the first things available, and perhaps the most crucial aspect of the Small Craft™, is the Scanner. Using the Scanner, players can scan alien artifacts to learn more about them. Specifically, what each artifact will react to. Some will react to sound, others to heat or electricity, some react to all three. To bypass the artifact, one can reduce their output in those three categories below a certain threshold, displayed on the GamePad.

For example, if an alien artifact reacts to any level of sound or heat, players can begin to thrust, and then completely turn off the thruster before approaching the artifact to simply cruise by undetected. Alternatively, if one needs to do the same thing in a downwards direction, they can simply turn off everything, plummet downwards, and re-ignite the engine once their past the artifact. Just uh… be careful with that second one. 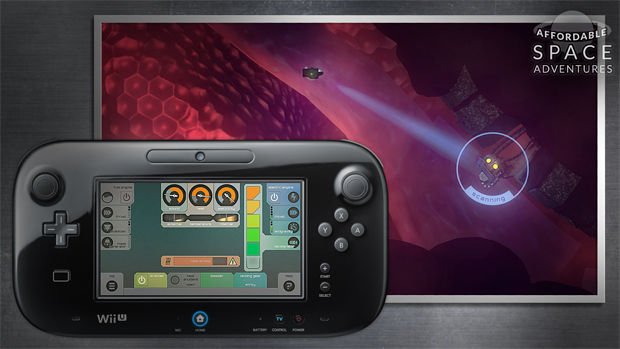 The brilliant thing about Affordable Space Adventures is that it doesn’t ever break its dedication and tell you how you should be using something. The initial system message makes sense within the universe, since it would need to tell pilots how to use certain mechanisms. The game never goes “Hey player! Why not try sliding on the ground past this enemy, with all your systems off? Great job!” It leaves them to their own devices and allows them to figure it out themselves.

The progression is flawlessly done. A new system on the Small Craft™ will be repaired, then a few levels will instruct you the extent of those systems and the various ways they apply to the world. Then, a new system will be introduced, and the cycle repeats. However, just like my math teacher used to say, nothing is ever left behind. Mechanics become layered on top of one another, forcing one to use what they learned previously in addition to the new mechanic. Naturally, the levels towards the end of the game will especially press players to utilize everything at their disposal to pass harder and harder obstacles. There is an easier difficulty available, but the standard difficulty is a good mix of challenge and progression.

In addition to the difficulty, the design of the entire game feels just right. The temperature mechanic that is introduced later on does feel somewhat confusing compared to the others, but other than that every mechanic feels natural and easy to comprehend. Puzzles organically get harder with no discernible extreme spikes, so you should feel a strong sense of progression constantly throughout.

In multiplayer, up to two other people can join in and control different aspects of the ship. The game adjusts the responsibilities based on how many people are playing, but flying solo is easily the preferred method of play. Divvying up the responsibilities feels more like each person is playing a fraction of the game instead of adding a fresh take on the experience. Communication plays a large part, but it just doesn’t add anything to the core gameplay. One individual in particular controls the scanner/flashlight, which is certainly an important job, but only controlling that is incredibly dull. Two players feels better than three, but both feel worse than solo play. 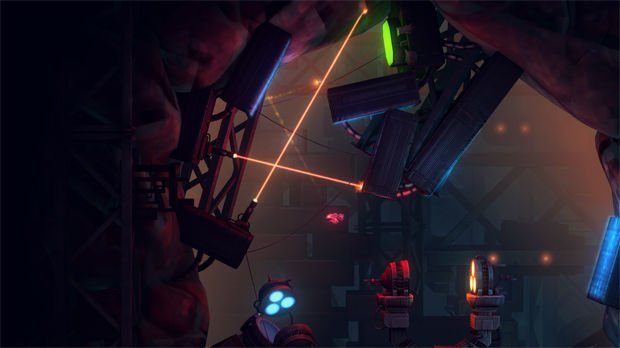 Many of the puzzles are physics-based, and I did encounter some wonkiness during my playthrough. There were a couple of occasions where items got stuck and could not be moved, forcing me to restart the level. Luckily, each individual level is never too long and doesn’t require one to repeat very much if something happens.

The entire game will take people around five hours to complete, and there’s hardly a dull moment throughout. The sound design deserves special mention here, since it really elevates the atmosphere to an incredible level. Sound is muffled/off when underwater, enemies creeping in have an especially eerie tone play, the bweeps and bwoops from the GamePad console are spot-on, everything feels and sounds perfect.

A lot of what makes Affordable Space Adventure so endearing is the little things. For example, if it is raining or if you have just exited a wet situation, the Small Craft’s™ windshield wipers activate. Or the fact that the player has to start the engine and all other systems manually if it has been deactivated for any reason. Even the loading screens are pages from the manual that comes with the Small Craft™, including Uexplore’s mascot, Splory. All these small things go a long way to keep one interested.

Affordable Space Adventures is a game that can only work on the Wii U. Its two-screen experience is exactly what the system was designed for and the result is a unique breath of fresh air that might actually force people to hold that breath in certain situations. The multiplayer doesn’t pan out too well and there were some physics glitches, but this is a game that Wii U owners need to get their hands on.