Bird is the word

A Short Hike is a relaxed game about an adorable bird, going on a walk through the countryside, with the hopes of finding cell phone reception. It originally released as a part of the Humble Monthly program back in April, but it’s now finally seeing an official launch, and it’s packing some new content as well to celebrate the occasion.

This is one of those “palette-cleanser” games, which stand in stark contrast to the majority of what we’re used to. Over the course of the roughly two-hour playthrough, your time will almost entirely be spent exploring, while never being urged to push forward at anything other than your own pace. There are some extremely light puzzle elements, but most of the focus is on chilling out, meeting the locals, and having fun.

One really badass talent the protagonist has is flying, and soaring through the air feels fantastic. You’ll level up the ability to glide for longer by collecting golden feathers which are hidden across the map. I never really actively sought them out so much as happened across them while venturing off the beaten path, drawn by sheer curiosity.

The level design is built in a way where you’re naturally funneled into areas that lead you towards various objectives, but it still somehow feels like you’re always in control of where you want to go and what you want to do. There’s also a few side quests and activities to distract you from the main journey. Once I obtained a fishing rod, I made a point of stopping by every single body of water, casting my line, and trying to find all of the different species. Each new fish I’d catch could then be exchanged for a cash reward and duplicates swapped for special bait that can help lure in prey even faster.

The fishing mechanic is part of a new update to the game, which wasn’t present in the original Humble release. It will, however, be provided free of charge to anyone who already owns it. I’m sure there have been some other additions, but this was my first experience with A Short Hike, so I’m really not in much of a position to comment on the matter of these changes as a whole.

The dialogue with the locals is super cute and managed to squeeze quite a few genuine laughs out of me. In fact, I spent a great deal of this adventure smiling, and I feel like that’s a testament to just how wholesome and great A Short Hike is. This is very much a small experience, but it’s a very specific small experience, one that captures a potent feeling and milks it just enough to not overstay its welcome. Despite the fact that everyone is a talking animal, the whole thing comes across as down-to-Earth and genuine.

There was one moment in the early game where you learn an ability, meet an NPC who tells you about it after the first time you use it, and then the protagonist pretends like they’ve always known about this rad tidbit. Because, duh, everybody knows about that! What kind of dork do you take me for? What loser wouldn’t know something that simple? It’s some seriously wholesome shit, ya’ll. It made me giggle.

A Short Hike is part of this up-and-coming brand of games that leans in hard towards bite-sized, goofy, self-aware dorkiness, and it sits well next to stuff like Grace Bruxner’s Frog Detective as a steady reminder that not every game needs to be a mind-blowing adventure. Sometimes, it’s nice to not take things so seriously, and it feels good to laugh at the absurdity buried in everyday conversations. Hell, one of the strongest selling points of A Short Hike is how non-committal it is. I want more of these smaller, off-kilter experiences that, in my opinion, show just how damn rad the indie scene is. 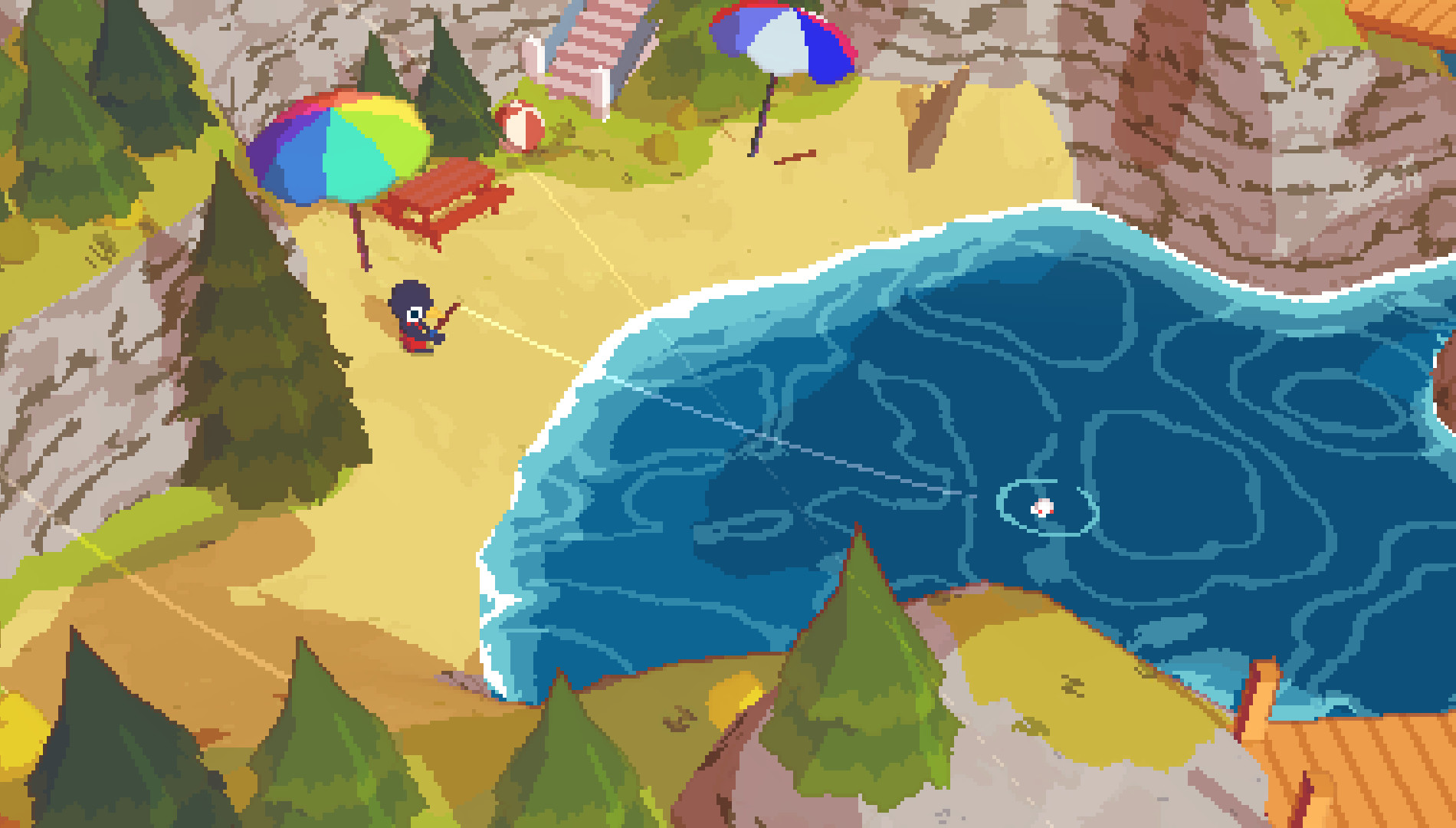 My biggest complaint is that what’s here eventually ends, and it’s over way too soon. Its runtime is a bit of a blessing and a curse. On the one hand, the experience is over before it even remotely has a chance to grow stale. On the other hand, the final moments suffer from a lack of setup and character development. Without diving into spoilers, the climax consists of some seriously heavy stuff that’s just kind of anvil-dropped on you like it’s no big deal. Without any major foreshadowing, the whole scene rings a tad hollow.

A Short Hike is far from perfect, but it absolutely is unique and worth your time. It’s also super fucking rad, and I love it. Warts and all. If you’re looking for something different, and you don’t mind the price of admission, I think this is more than worth the price of entry. It may not be perfect, but life never is, and that’s fine and beautiful in its own way.