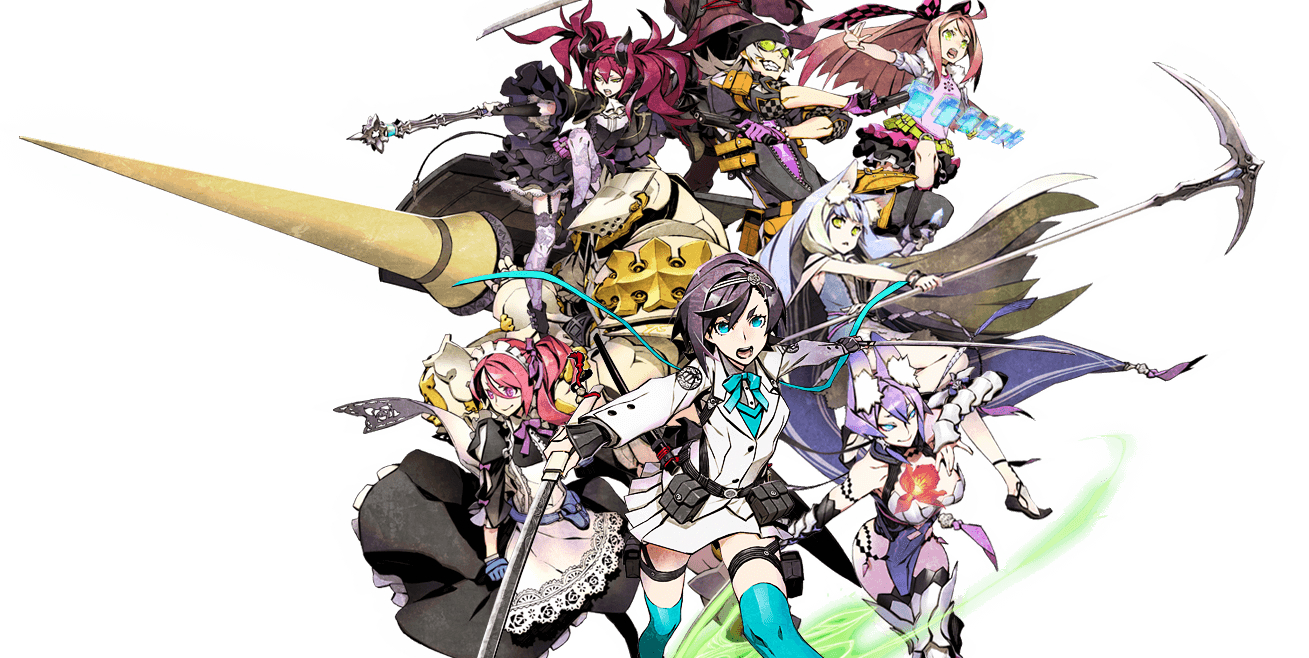 I just wanted to preface this review by once again providing a eulogy of sorts for imageepoch. I did it for Stella Glow, its last major release, and I’m doing it again for 7th Dragon III Code: VFD.

Yes, the latter was technically developed by Sega, but several members of imageepoch worked on it, and they created the series after all. It’s also confirmed to be the last game in the franchise, and one of the last remnants of their legacy. 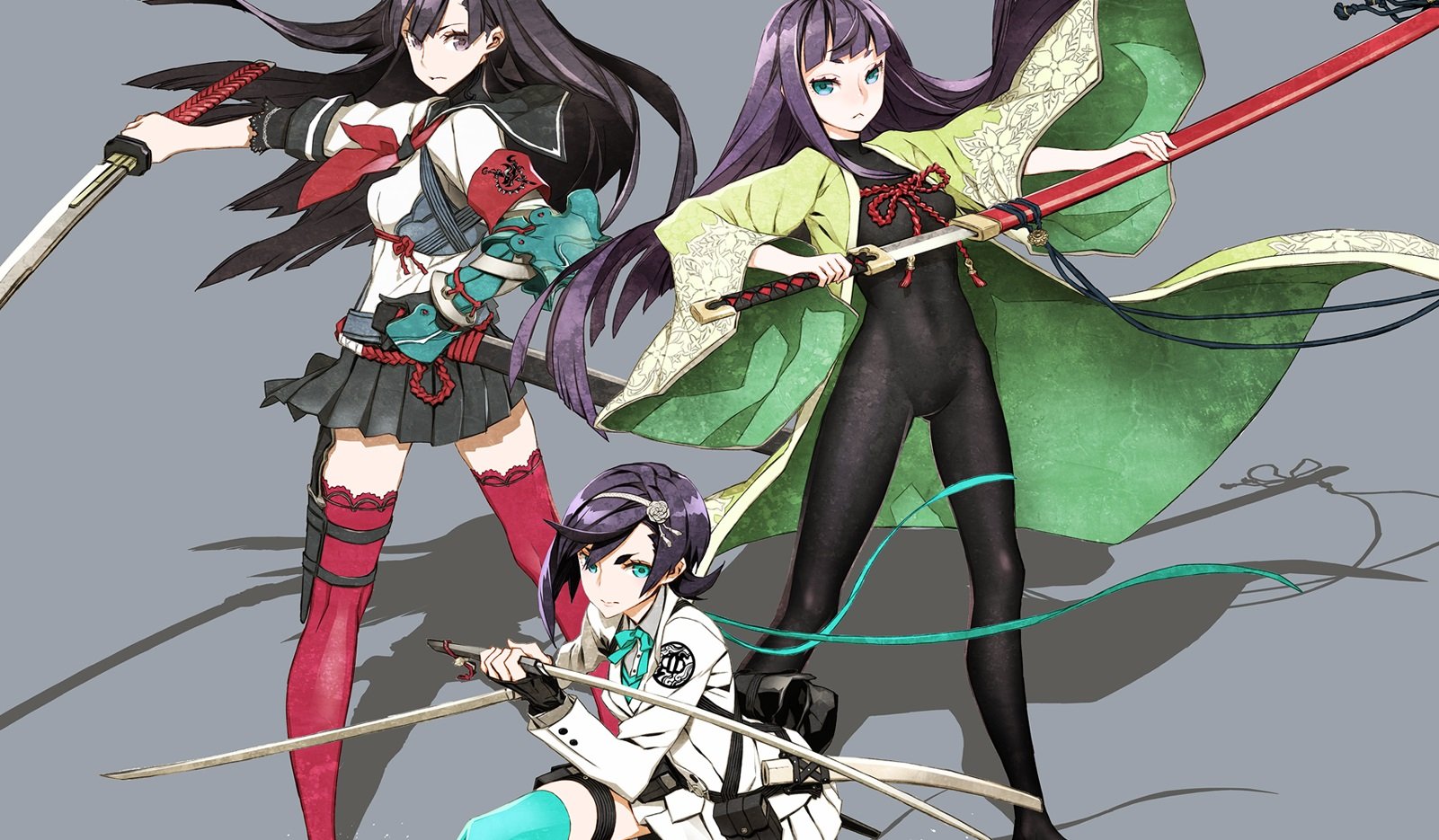 When I first dove into 7th Dragon, I immediately recognized it for what it was: a highly customizable dungeon crawler. You know the ones — the games that allow you to choose your mostly silent protagonist’s appearance and class from the get-go, along with the rest of a custom-built party? It’s the kind of experience that stat-hounds will love, as it allows you to truly role-play and control your entire team.

As a result, the story is ancillary. Set in the year 2100, it follows the tale of the Nodens Corporation’s attempt to stop the awakening of the 7th Dragon, “VFD,” which will result in the extinction of mankind. To train for this upcoming apocalypse, people are tested through seemingly innocent VR machines of sorts to see if they have potential to fight off the incoming threat, like a Last Starfighter-type recruitment tool. Predictably you and your crew are chosen and have the full backing of Nodens in your quest.

It’s a cool little world and I dig its vibe. Ninjas inhabit neon playgrounds of the sci-fi future and don’t feel out of place, for instance. But the more I played the more familiar elements I saw, and started to realize that a lot of it did blend together. The mostly electronica soundtrack fits the theme, but most people probably couldn’t identify a single song in a lineup. Similarly, the dragons look intimidating, but too familiar (as a note, 3D effects are not supported).

A silent protagonist would have also been cool if you could make interesting choices, but you really can’t. Any question posed generally just has two (weakly written) options, both of which have the same end result. 7th Dragon‘s dialogue can be snappy and fun (especially from the creepy stuffed rabbit named Nagamimi, who reminds me of Kyubey from Madoka), but it comes in fleeting moments, and isn’t voiced outside of occasional phrases like “Okay.”

The limited story feels like a deliberate design choice, intended to funnel players into focusing on building their party. You can do this by way of dungeons, which thankfully aren’t as generic as some other crawlers, with large layouts and challenging enemies to face. 7th Dragon‘s combat system is the absolute best part of the game, because even though each class is mostly comprised of archetypal roles, the diversity of the skills on offer really makes you think.

Naturally I chose a Samurai as my main squeeze, who has access to a skillset that mostly benefits himself — options like a self-heal and self buffs to take the heat off of my healer. That role instead went to my hip-looking GodHand that I appropriately named Lucio, who operates similarly to a Monk in a series like Final Fantasy. He can not only heal teammates but also build combos, which take careful planning to ramp up damage. One of my other favorite classes is the Duelist, who can summon “cards” with different elemental aspects (ice, fire, lightning) that all have unique properties.

It’s tough to manage at times but not insurmountable, as you can swap the difficulty at any time between standard and casual. The skill system is also very open-ended. Players can use points to jack up their stats (like health and mana), discover new abilities, or augment old ones. Just about everyone should find a class or two they gel with that allows them to play to their strengths.

That hardcore element of number crunching also expands to the hub system. It’s a small, confined, and sometimes vanilla area, but you can basically alter it to your whim, adding optional modules with “Dk” points, acquired on quests. An instant warp system (triggered by the R button) is also convenient, because that’s what 7th Dragon does best — it streamlines all the fluff, sometimes at the cost of a more captivating world.

Again, 7th Dragon III Code: VFD isn’t a game you want to get into if you aren’t the type of person who puts a lot of time into party preparations. If you want a rich, engrossing story with unique characters that grow over time, turn around and walk away now, as this is very much a niche dungeon crawler that will only speak to specific members of the community. But for those people, it’s a good enough RPG respite in the sense that it actually allows you to play a role in the way you see fit.