Hands-on with the first 15 minutes

Nintendo has a Gaming Lounge here at San Diego where you can play all of their upcoming games, including upcoming Wii U game The Wonderful 101, but we had the chance to go behind closed doors to see something new. We were able to play The Wonderful 101 from the very beginning, giving us a good luck at the game’s opening and first few missions.

We saw mild-mannered teacher Mr. Wedgewood save school kids from a runaway school bus as it plowed and snaked through a busy city overpass. But getting them squared away (in 38 seconds, no less) wasn’t good enough to save the day as the bus continued to speed forward, putting nearby school Blossom Elementary in danger.

As you might have read in our earlier preview of the game, you play as a hero that has the ability to transform nearby citizens into anything you might need to save the day, be it a sword or a powered-up fist. It’s as strange as it sounds. 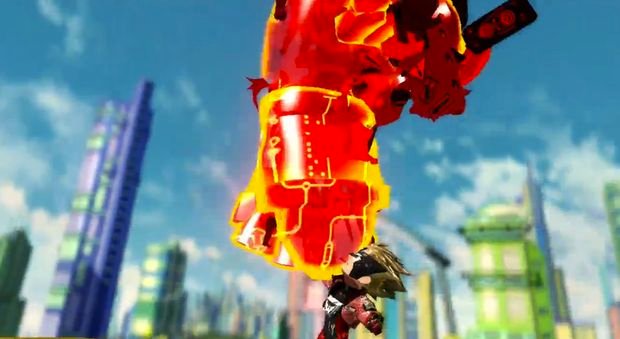 Mr. Wedgewood transforms (in 3 billionths of a second) into Wonder-eyes Red and pulls innocent bystanders together into his powerful Crimsom Fist, which allows him to bash in the heads of enemies that have managed to board this bus to hinder his progress. The gathering of citizens is done with either a swiping of the right analog stick into a circle, or by drawing a quick circle on the GamePad’s touchscreen. Anyone in the circle becomes part of this fist. It’s strange and hilarious every time, too.

Even Wonder-eyes Red’s huge fist isn’t enough to stop this bus from barreling forward. Luckily, Elliot Hooker, the hero from the Los Angeles branch office, swoops in to help. After seeing his funny transformation sequence where he smells and then fumbles a rose, he turnes into Wonder-eyes Blue. And just like Red, he can use his Wonder powers to gather citizens into useful weapons. A swipe upward on the GamePad lets him assemble a massive supersonic sword to slice through just about anything. 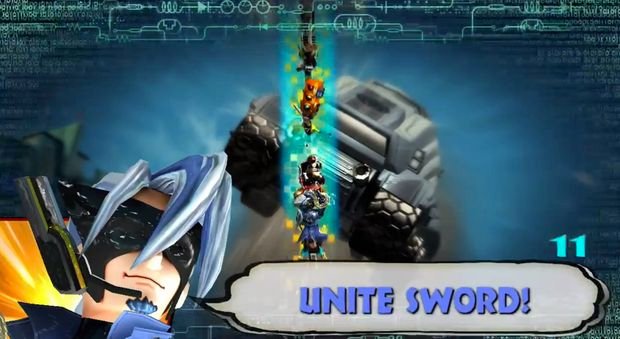 The duo fights off the baddies as fast as they can while trying to progress toward the front of the speeding bus. One of the funniest uses of citizens players drawing lines between the cars of the school bus to form human bridges that our heroes can walk across.

When they get to the front they notice that the road comes to an abrupt stop, just before Blossom Elementary, which means that the bus will crash directly into the school if not stopped. Again, Wonder powers and bystanders save the day with a swipe that turns people into a curved track that would guide the bus away from the school. That effort is almost enough. As the bus flies over the edge, Red has to throw in a last minute punch to push the bus away from colliding with the school. 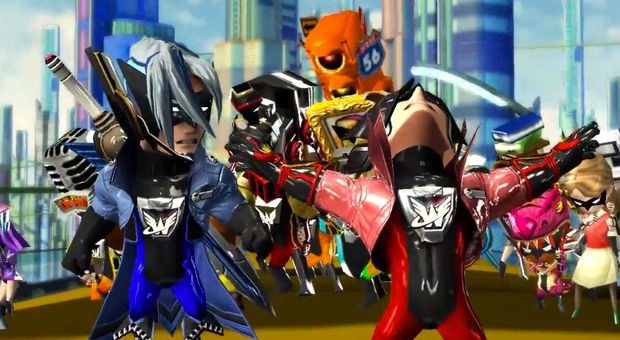 The kids at school are all starstruck after the Wonder heroes save the day. Well, one ungrateful kid isn’t. It seems he has a beef with the entire hero organization. I punched a bus out of the sky for him! What more does he want?

So, just as you’ve been hearing from us, The Wonderful 101 is so crazy and over-the-top that you can’t help but love it. Everything from the super dramatic character introductions to the heroic theme song (complete with lyrics) that plays in the background sets the stage for this bizarre game.

The first 20 minutes? They were wonderful. I can’t wait for this game.