There probably aren’t a whole lot of North American gamers familiar with the Shinobido series. After all, its past entries have never had an official release outside of Europe and Japan. Stealth fans, however, may want to take note of Shinobido 2: Revenge of Zen. With a deep crafting system and solid stealth mechanics, early adopters of the PlayStation Vita ought to keep an eye out for this one. 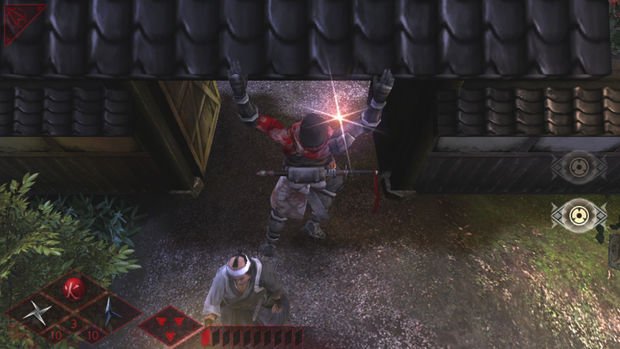 Shinobido 2 casts players as Zen, an assassin for hire during wartime in ancient Japan. From what we played, there isn’t too much of a story here to speak of, but the narrative that is there can be altered by player actions. Depending on what factions you choose to take missions for, the story and later quests you can receive vary.

Missions in Shinobido 2 run the gambit of assassinations, sabotage, and infiltration, with stealth being key to success in all of them; running around wildly engaging guards as you go isn’t a viable option. The game requires you to sneak, stick to the shadows, and make use of your equipment. Players that take the time sneak around and behind guards are also rewarded with one-hit-kill opportunities. These are handed out when you successfully sneak behind a guard, and with one quick tap of the triangle button, watch your foe drop before he ever knew danger lurked nearby.

It doesn’t stop there, though — in a Metal Gear Solid-like twist, players that take the time to kill guards rather than opting to sneak past them have to deal with hiding the body. If you leave a body in the open and another guard sees it, every other guard in the level will be on high alert. The level we played was one of the first in the game, so sneaking past the few guards there were wasn’t much of a challenge. Still, there are incentives to playing stealthy. After each mission, players are graded on their performance. Conditions such as the number of times you were spotted and the time it took to finish the mission, among others, are tracked and graded. The better the grade, the more experience you accrue as well as items for alchemy and weapons crafting. 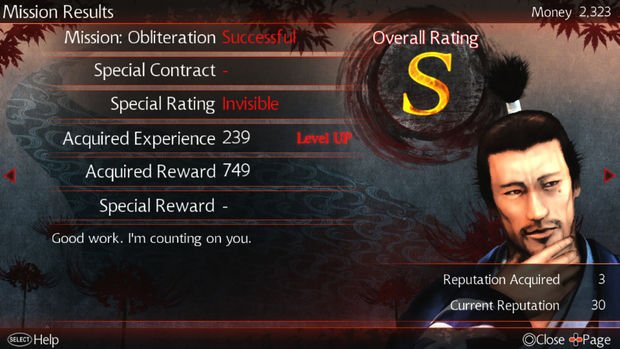 Using ingredient acquired on missions, players can craft potions, weapons, and gadgets before heading out on assignments. Again, the build we played took place very early in Shinobido 2, so we didn’t get the chance to craft much.

Just poking around the menus shows a sizable amount of items from shurikens, potions, caltrops, and bombs among others. Alchemy also takes advantage of the Vita’s Near feature. Similar to the 3DS Street Pass, Near allows Vita users to connect with other nearby Vita users. With this specific game, Near allows users to trade and gift items and ingredients with one another. 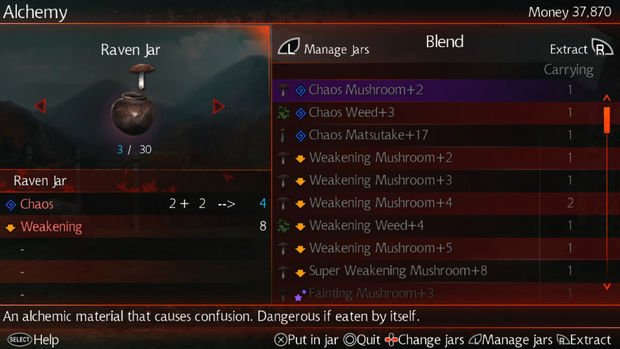 While Near support works well, Shinobido 2’s use of the Vita’s touch functionality is hit or miss. Whenever you’re within a guard’s field of vision, an eye icon will show up on the right side of the screen. Touching the icon will point the camera in the general directions of the guard who is alerted to your presence. It’s a mechanic that works well and feels immediately comfortable.

Not so great is the game’s use of the rear touch pad. By tapping on it, you enter a first-person mode to aim and throw your traps, bombs, and other gadgets, in addition to aiming your grappling hook. The problem is that the aim doesn’t feel natural and ends up being clunky and imprecise. Use of the analog sticks for this feature is greatly preferred.

While it seems to fall short in the implementation of some of its mechanics, Shinobido 2 does show plenty of promise. If you know you’re going to get a Vita, and stealth action is up your alley, keep your eyes peeled for this one. It could turn out to be a real treat on launch day.