Ragnarok Odyssey made quite a name for itself and since the February release in Japan, it has become one of the fastest selling games on the PlayStation Vita. Now, XSEED has taken it upon themselves to publish the game for North American release.

For the uninitiated, Ragnarok Odyssey is a spin-off game of the immensely popular Ragnarok Online series. Set in it‘s own unique world, players are tasked with defending the kingdom of Rune Midgard from the invasion of giants, goblins, and other monstrous creatures looking to take control of mankind by force. Players can venture out solo or cooperatively with three other players to complete quests and drive back the invading forces. 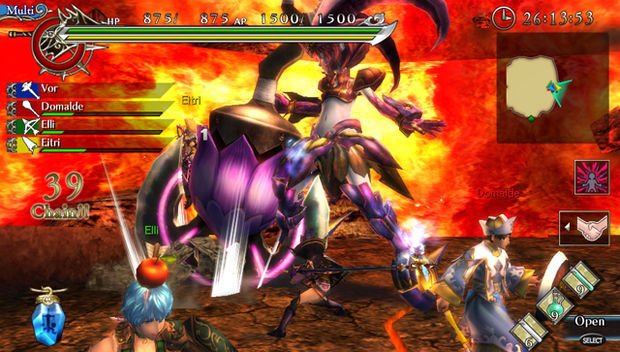 Anyone familiar with titles such as Monster Hunter and Phantasy Star Online will feel right at home with Ragnarok Odyssey. While it seems a bit different from its predecessors, at its heart it’s still the same monster slaying and exploration game fans are familiar with. Just on a much smaller scale.

Players will interact with other characters in the HUB area of Rune Midgard, where they can receive quests, customize their equipment and appearances, and receive new items. RO gives players much room to experiment and to explore how they want to carry out their adventures. In your character’s home, you can freely change between the six character classes — ranging from assassin, sword master, hammer smith, hunter, mage, and the cleric. From here, you can customize the appearance and equipment of your characters. With several different types of combinations to tool around with, you’re guaranteed to see a lot of diversity among characters. 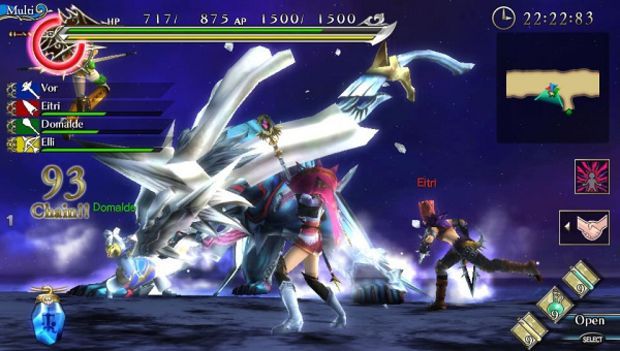 When venturing out in the field, players will fight their way through a variety of enemies; from small slime creatures, to wolves and goblins, and much more. While the gameplay is structured like Monster Hunter and Phantasy Star Online, in terms of clearing out monsters from the sectioned areas of the stage, RO’s combat takes a much more fast paced and action oriented approach. Your character utilizes weak, strong, dash, and jump attacks against your enemies, which you can easily combo together in many different ways. You can start off with dashing into a crowd of enemies, using your weak attacks to stun them, and launch them into the air with strong attacks and juggle them while in mid air.

I was quite impressed with how fluid, responsive, and open-ended the combat felt. Control wise, the developers did a great job with getting the feel just right on the handheld. They even utilize the touch screen by mapping support items and abilities to the corners of the HUD. When playing as the sword master class, the character utilizes sweeps and air combos to gain the upper hand on the enemy. While the assassin class uses their speed and agility to move between different targets with ease. With all the action going on, the game kept a consistent frame rate throughout and the visuals look quite stellar on the small screen.

The developers showed great care in giving a unique feel and play style to each of the six classes. Experimenting with combos will yield more drops and unique loot. Specifically, tarot cards are acquired from mobs of enemies, and can be used to increase your character’s stats and support abilities; tailoring each character to your own style and role in combat. 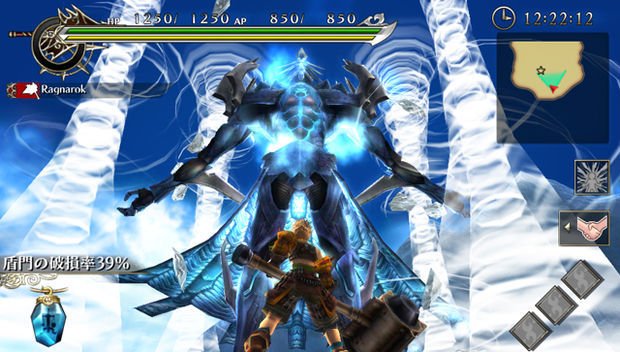 Towards the end of one of many quests, you’ll come across boss monsters. One of the big draws for RO is that you’ll encounter bosses several times the size of your character. When fighting these bosses, the verticality and the flexibility of the combat really shines. Going beyond the juggles and aerial combat from weaker enemies, you’ll have to find the weak spots of these bosses by using teamwork and platforming skills to traverse and jump to high places. Starting out the earlier bosses won’t be too daunting of a task, but you’ll eventually come across giants which are almost four times the size of your character.

Ragnarok Odyssey looks to be an exciting entry in the series, and a much needed game for the PS Vita’s library of titles. The world of RO shows promise, and players who enjoy action games and want something exciting to play should keep an eye on this one.