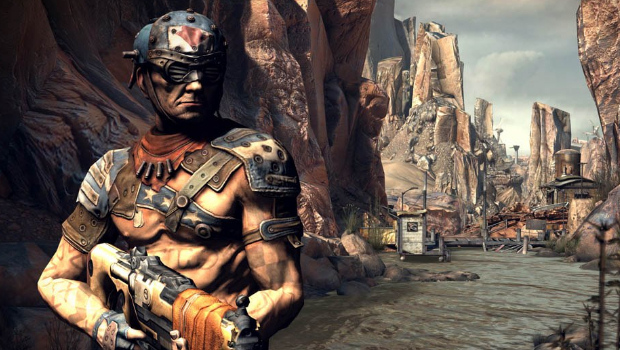 RAGE‘s release has been dominated by reports of the game running poorly on PC. Unfortunately, a PC version wasn’t provided before we were able to run our review, but I’ve gotten my hands on a copy via Steam and played through the first mission to see how it stacks up compared to the Xbox 360 version.

I am beginning to count myself lucky that I didn’t have to fully play it for the review. 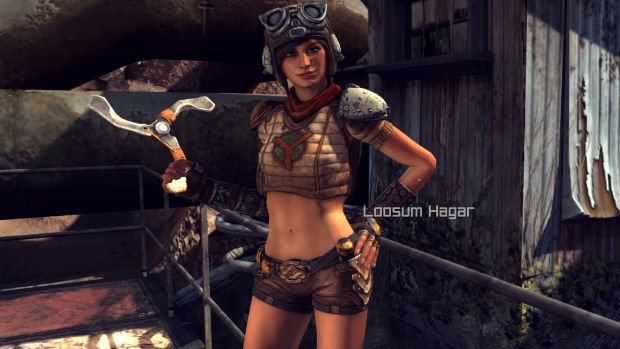 Things start off poorly with a menu screen that has random black lines flickering across it. Sometimes they’re there when the game boots, sometimes they’re not. I wouldn’t be able to play with the in-game settings to see if something can be fixed, however, because the in-game menus are pathetic. The only graphical tweaks available within RAGE are screen resolutions and anti-aliasing settings. id Software didn’t feel the need to provide anything else.

Right from the very outset, RAGE looks like garbage. The first cutscene is so poorly compressed, it could have been an opening FMV for Dungeon Keeper back in the nineties, and the in-game graphics don’t fair much better. Any dark spaces are clouded with artifacts, as if the shadows were actually low quality jpegs. 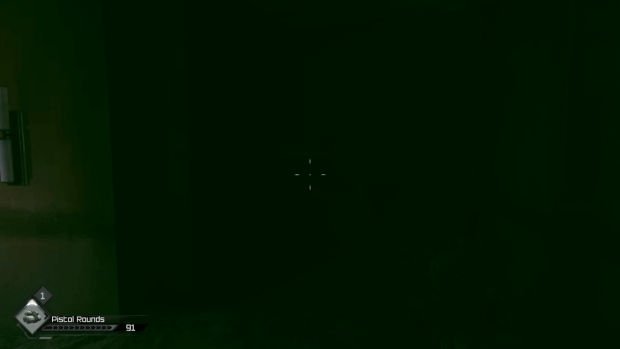 [Pictured: A dark corner, looking like it was drawn in MS Paint]

I can confirm one of the most common complaints — textures pop in a split-second before you view anything, leading to a distracting environment in which everything appears to twitch. Turning around at any point in the game causes the visuals to “re-focus” which puts the player off completely. Speaking of being put off, the screen-tearing is beyond obscene. Whenever you turn around, you have to deal with obnoxious lines all over the screen and textures shunting themselves in before your very eyes.

The framerate, especially on vehicles, is abysmal as well. This is all after I did as Bethesda recommended and installed the very latest NVIDIA drivers. I noticed a slight framerate increase on-foot, but no improvements anywhere else. Screen still tore, textures still popped in, and the vehicle sections look like they’re being watched through a zoetrope. 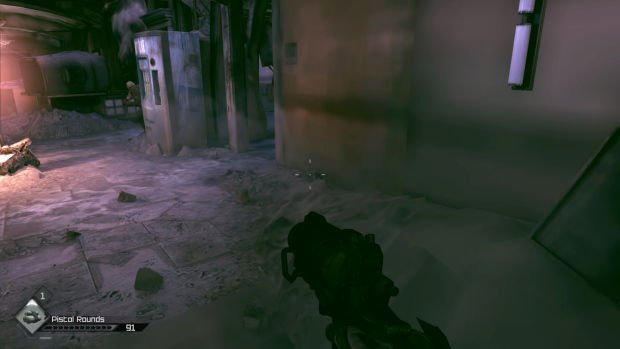 [Pictured: A corridor I was able to screengrab a moment before the textured popped in]

Oh, and you’ll want to alter the keyboard controls for vehicles. Someone figured they should control exactly the same as the first-person perspective, which means that you’re expected to hit Shift to boost — which means you’ll be taking your finger off “A” and thus can’t turn left without enjoying some finger gymnastics (Edit: Or you can be like the FREAKS in the comments who use their pinkies, I guess. How uncomfortable).

Another weird control issue is the fact that the cursor sensitivity ramps up considerably during any in-game menu. Be it the options screen, the mission acceptance screen, or the inventory, the mouse suddenly goes at more than twice the speed, which is incredibly jarring and forces the player’s brain and hands to recalibrate every time they go from gameplay to menu browsing. I just have no idea how something so stupid could be allowed to happen, other than to surmise that nobody cared, and nobody tested anything. 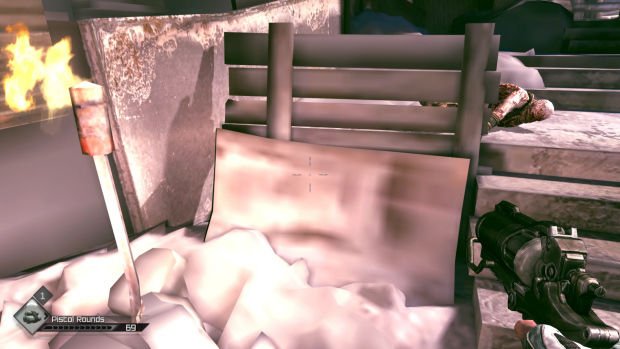 All these issues were apparent within the first fifteen minutes of play, leading me to conclude that RAGE is by far among the very worst ports I have seen on any system, from any company, during any year. While the game is good on consoles, and a recommended purchase, I’d say that anybody looking to get it on PC steer well clear, at least until a laundry list of tweaks and the obligatory first five patches have arrived. Right now, there are all sorts of conflicting reports on how to make RAGE run better on PC, but most users will be tearing their hair out and lamenting their wasted cash if they download this and expect to get a good product for their $60.00.

Yes, $60.00. It’s ten dollars more expensive than PC games should be, and it’s still one of the worst PC versions of any game currently available. That such things are legal truly blows my mind.