One step closer to the edge…

Following the incredible global success of Capcom’s Street Fighter II, it didn’t take any time at all before the market was awash in one-on-one fighters, fast eclipsing the scrolling beat-’em-ups and shmups that had dominated the scene leading into the 1990s. All of a sudden, seemingly every developer pivoted to competitive fisticuffs, with seemingly hundreds of Street Fighter-alikes hitting arcade centers — many featuring developers and IPs seemingly plucked out of thin air.

And while a few of these releases would carve out a piece of the pugilistic pie for themselves — such as Mortal Kombat and eventually The King of Fighters, there was a whole wave of titles that fell by the wayside. In most cases, this either came down to the games being poorly produced or just plain bad, or the game itself being perfectly fine, but there not being enough room in the market for the little guys. After all, if you were the proprietor of a struggling arcade center and had an empty space in the corner, were you putting in Mortal Kombat II or Fighter’s History Dynamite?

Breakers had a lot working against it. Not only was it an unknown IP from an exceptionally unknown developer (Visco Corporation), but it also stepped into the ring very late in the game, hitting the scene in 1996. By this point, most fight fans had adopted the 3D visuals of Tekken and Virtua Fighter, while 2D games had pushed into the realms of instant classics such as Street Fighter Zero 2 and The King of Fighters ’97. By comparison, Breakers seemed almost five years too late, and — in many ways — it was.

But something strange has been happening in the FGC lately. Players have been looking to the past for games that might have escaped the spotlight — the unsung heroes that have long resided in the Where Are They Now? file. Somehow, Breakers has found itself plucked from decades of obscurity and returned to the competitive scene, powered by word-of-mouth, grass-roots establishment, and a quirky desire by players to walk the path of the warrior less traveled.

And so, some 25 years on from its low-key release, Breakers is picking itself up off the canvas, and challenging the entire FGC to one more round. Stranger things indeed… 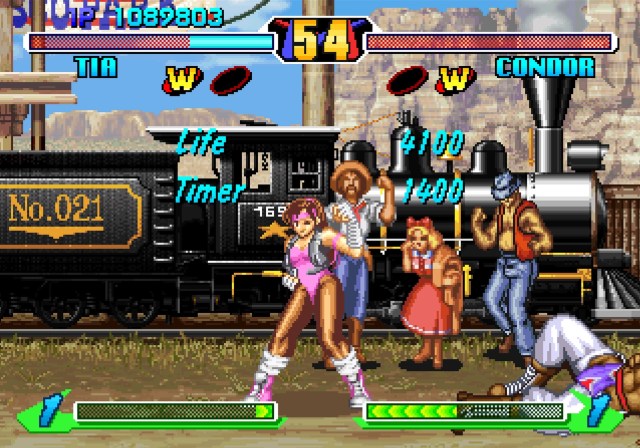 Developed and published by Brazilian outfit QUByte Interactive, Breakers Collection is compiled of two mildly-different releases: Breakers (1996) and its remixed and readjusted follow-up, Breakers Revenge (1998). For those less inclined, think of Revenge as “Super Breakers” in regards to its actual sequel status. Perhaps the most well-known of Visco Corporation’s wares, Breakers very closely follows in the footsteps of Street Fighter II conceptually, with players squaring off in 2D, one-on-one, best-of-three fashion. Gameplay-wise, however, Breakers is more similar to SNK’s Fatal Fury series.

The story, of what there is, concerns the Fighting Instinct Tournament, or F.I.S.T. tournament. The narrative does not, in fact, tell the tale of Sylvester Stallone forming a trucker’s union, but retreads the well-worn road of a deadly martial arts tournament hosted by a mysterious benefactor. The winner of the F.I.S.T. will face the host and hopefully win riches beyond their wildest dreams — though each of the combatants has his or her own reason to face down the supernaturally-skilled head honcho.

And thus, the player chooses one of 10 unique combatants and embarks on a string of globe-trotting fist-flinging brawls, utilizing their chosen character’s bespoke fighting abilities and mastery of the spiritual arts in order to prove themselves the strongest warrior in the world, and the undisputed F.I.S.T. champion. It’s nothing new, and that’s fine.

From a gameplay standpoint, Breakers is surprisingly gimmick-free, given its late-’90s vintage. The fighter utilizes a four-button system, with the addition of throws, special moves, and multiple Supers. Movement plays a big part in Breakers, with dashes and backsteps covering much ground, and an ability to reposition oneself when floored. There are no universal air dashes, double-jumps, parries, or even Fatal Fury-style “evades”. In fact, at first glance, Breakers seems frankly bland in its systems, especially when compared to the range of fighters available in ’95-’96.

But the joy of Breakers and Breakers Revenge lies within this simplicity. Breakers might not be the most option-filled scrapper on the block but, despite its stripped-down nature, it’s just a hell of a lot of fun. Breakers has the all-encompassing “X” factor that makes its gameplay both engaging and satisfying, in much the same way that Super Street Fighter II Turbo remains a riot to this day, despite its age.

Breakers’ meter system rewards players for smart defensive and offensive play, allowing the fighter to build up multiple Super moves in a row. A typical combo will see a normal canceled into a special, which can be canceled into a Super — However, should the player have more than one super, then Supers can be canceled into themselves for ridiculous damage, accompanied by explosive visuals.

Juggling also plays a huge part in Breakers, with full special-to-super combos being applicable to almost any falling opponent. Juggling is one of the keys to victory in Breakers, often the path to a fighter’s optimal damage. While there is no strict “combo breaking” tool for those on the business end of a beatdown, Breakers has its own mechanic for reversals. Known to the community as “Breakering”, this system allows a fighter to leave blockstun early provided they know the precise gaps in an opponent’s chain.

It is this combination of meter-management, juggle optimization, and Breakering knowledge that affords the fighter its depth 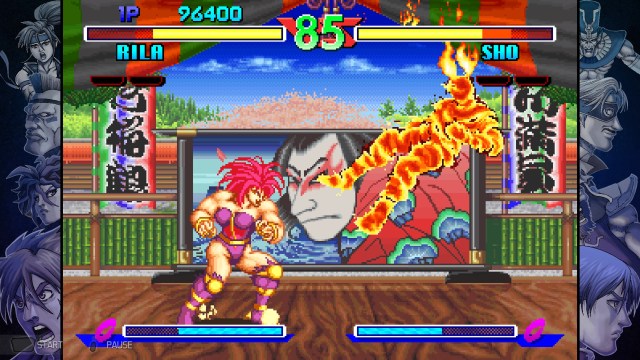 Haven’t I seen you somewhere before..?

Breakers is a delightfully retro-looking, if admittedly dated title. And that’s not “2022” dated, Breakers was already looking its age on launch day. This is balanced out with fun character designs and loud, colorful stages, as well as some splendid special effects. Every member of Breakers’ wild roster is suspiciously familiar, but each combatant is viable and fun to play.

This is true whether you lean towards the flamboyant Pielle Montario, the rubber-limbed Alsion III, or the Flashdance-looking-ass of Tia Langray — essentially what happens when Chun-Li, Ken, and Sakura fall into the pod from The Fly. My personal favorite has always been the Amazonian wild woman, Rila. Beast Lady Goes Rawr. A fun side note, all mirror match characters, despite being standard pallete swaps, have their own names and backstories. An absolutely baffling, but very funny feature that is perhaps unique to Breakers.

For Breakers Collection, QUByte Interactive has, within its limitations, attempted to deliver as solid a package as it is able. Breakers and Breakers Revenge feature their original Arcade Modes, as well as an all-new Team Battle feature. A Training Mode includes hitbox, input, and damage data, as well as recording slots. Frustratingly, it does not appear to have a “1-hit-block” stance for its dummy. Brilliant “smart replays” will allow players to interrupt match playback to experiment with alternate options. This fantastic tool will hopefully make an appearance in future fighters.

While the servers were not live at the time of writing, my experience with the recent beta found it contained slick online play with clean connectivity. QUbyte understands that the competitive community is the key audience for Breakers Collection, and has ensured that this release is up to snuff in regards to online options. Breakers Collection supports rollback netcode and crossplay across all platforms — a key feature in shepherding the global audience. Player lobbies and a spectator mode are also on deck, as are custom player profiles and leaderboards, further encouraging community engagement. 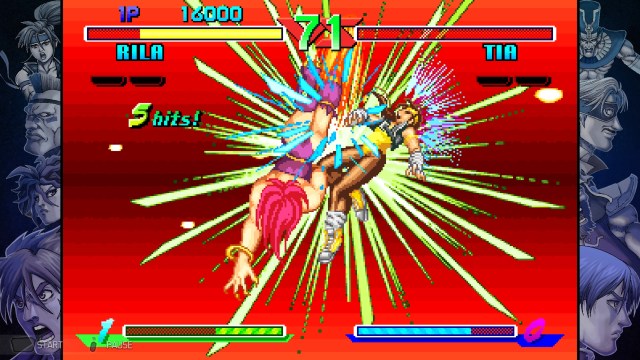 I didn’t hear no bell…

Breakers Collection is, admittedly, a title produced with a specific audience in mind — namely the tightly-held Breakers fan community which has, for many years, been forced to go down the path of emulation, arcade hardware, or Neo-Geo locals in order to play these off-radar releases.

And for these die-hard Breakers, the new collection delivers — offering a polished, accessible format with which to play their favorite scrappers with fellow fans from all over the world. Importantly, Breakers Collection will also offer this forgotten gem its first real exposure to a global audience in over two decades — and at a relatively modest price point. This will, hopefully, help the aforementioned community to grow, assuming that new players are willing to take the chance on some old-school cool.

Breakers Collection offers 2D fight fans the opportunity to relive one of the finest examples of myriad Street Fighter II clones, refreshed with polished gameplay and modern online technology. While first-timers may be warned off by its perceived simplicity, Breakers remains a fun, satisfying, and compelling scrapper, deserving of its resurgence in the competitive scene. Breakers may have dated somewhat over the ensuing decades, but this solid scrapper, much like Tia’s legwarmers, never goes out of style.