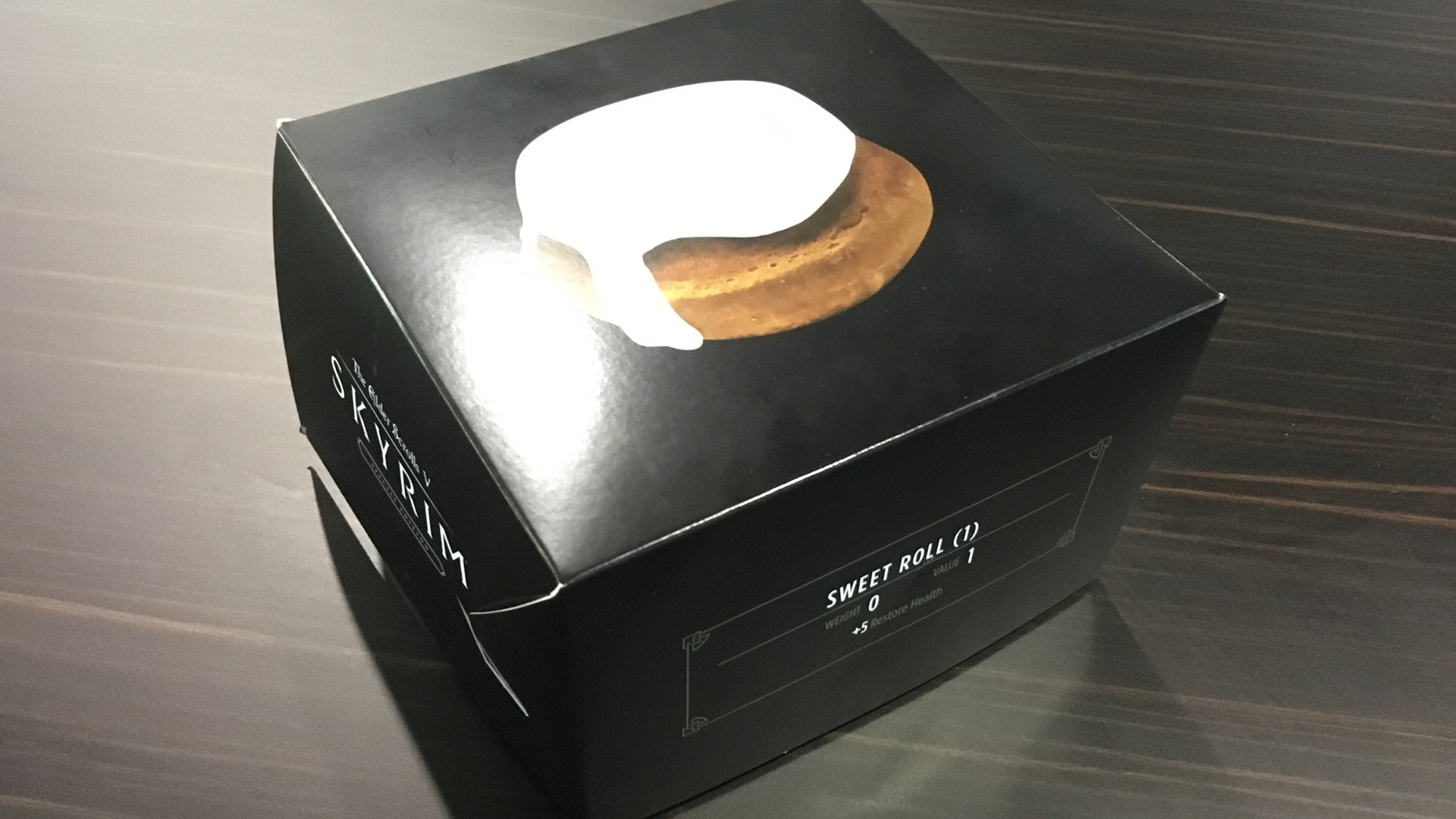 Prior to the launch of The Elder Scrolls V: Skyrim Special Edition for PlayStation 4, Xbox One and PC, Bethesda teamed up with the Sydney-based Bourke Street Bakery in order to produce limited-run batches of sweet rolls that would be used to advertise the new ports of the publisher’s five-year-old role-playing game.

While these sweet rolls were initially only given away at select bakeries in Sydney, on each day of PAX Australia in Melbourne, the first 1,000 attendees were given these cakes to consume while lining up for the convention.

As other outlets have already noted, the sweet roll itself tasted rather buttery, with a solid and incredibly sugary icing on top. The actual dough isn’t exactly all that sweet, so if I’d hazard a guess, the roll owes its namesake entirely to the icing. I was initially taken aback by how dry the roll actually was. Not only that, but the dough itself was rather tough. The sheer size and shape of the roll, as well as the hardness of the icing, also made it a little difficult to bite into. In fact, I ended up just ripping chunks off it with my fingers in order to eat it.

Despite my criticisms, the Skyrim sweet roll was surprisingly tasty, albeit somewhat forgettable in the long run. At the very least, I was more than happy to consume a second sweet roll when I arrived early on the third day of PAX Australia, having first received one on day two. Oddly enough, it was also rather filling, with it and a coffee making up the entirety of my breakfast on the third day of PAX. Thankfully, it was more than enough to tide me over until lunch time.

Of course, if that were all there was to the Skyrim sweet roll, I don’t think it would even warrant a review. After all, Destructoid doesn’t usually critique food substances, save for some notable exceptions. The reason why I have chosen to review this marketing stunt by Bethesda is simple. For you see, the Skyrim sweet roll is far more than a mere edible curiosity produced as a means to advertise a port of a five-year-old game. It has, in fact, allowed me to find a new purpose in my otherwise-meaningless existence.

The Skyrim sweet roll has inspired a great and powerful religious order, which I have pledged my very soul to. The First Church of the Sweet Roll, and the teachings of His Rolliness, shall guide every facet of my life from this day henceforth.

Great monuments have been erected in honour of the Skyrim sweet roll, as a means to worship the divine and holy pastry. These mighty towers were constructed from the containers that once imprisoned the sweet roll, symbolising its ascent from the depths of despair to divinity incarnate.

Listen to the teachings of the disciples of the Skyrim sweet roll. Listen well. It shall guide you throughout this perilous journey that we call ‘life,’ for the tough and buttery dough of this divine and holy sweet roll contains within it the source of true enlightenment and wisdom.

If you couldn’t tell by now, I just wanted an excuse to share a story of the ridiculous brilliance of the Australian gaming community.

[This review is based on a sweet roll provided by the publisher.]

THE ALPHA AND THE OMEGA