A nice, but nonessential upgrade

Nintendo has an interesting history in terms of portables. Outside of the rare add-on like the expansion pack for the Nintendo 64 or the Game Boy Player for the GameCube, they play it rather conservatively when it comes to consoles.

But for their portable line, yowza do they go all out. Colors, new styles, paint jobs — heck, it’ll take you half a day to sift through this massive list of 3DS iterations. So here we are with the “New” 3DS, a moniker Nintendo has used far too often.

In this case, it’s somewhat justified. 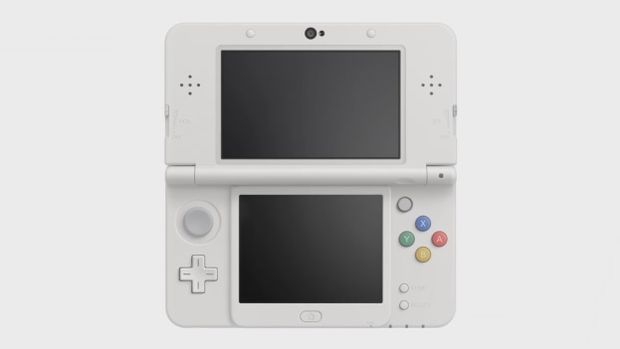 As a whole, the New 3DS XL feels a tad lighter than the original XL. It’s only 0.03 ounces less in reality, but it may have to do with the shifting of internal bits to give it a more centered feel. It also doesn’t “creak” when I hold it like a few of my old XLs did, so perhaps the frame is sturdier. Just to get it out of the way, this doesn’t come with an AC adapter, so if you don’t have one, go ahead and tack $15 on top of the $199.99 price point. It’s also a shame that the US isn’t getting any “non-XL” units, so say goodbye to those face plates.

In terms of general use, it’s easily my favorite model yet. I love that the home button is now the only input in the middle of the bottom touch screen (that original melded style and even the slotted old XL style weren’t ideal), and the face buttons feel better in general. The power button is now located on the bottom of the device, along with the stylus and the slot to insert cartridges. This is definitely an upgrade, as there’s no fear of accidentally popping out a cart while playing or rubbing up on the stylus hole.

The most noticeable change is the integration of the entire Circle Pad Pro with a more graceful design. I’ll get to the second analog stick (nubbin) later, but the addition of two triggers at the top of the 3DS feels great, and any Circle Pad Pro functionality is already built into previous games which is convenient. It isn’t easy to accidentally bump the new ZL and ZR buttons, in case you’re worried about that.

The only part of the physical hardware I dislike outright is the MicroSD situation. It’s fine that Nintendo wanted to switch the memory solution up from standard SD (32GB cards are $20, and it is still better than proprietary Sony crap like the Vita), but you have to unscrew part of the 3DS to actually change it out. That’s not really a problem for me since I’m happy with a 32GB card, but it’s not particularly user friendly, and it will be annoying if you’re the kind of person who switches cards often.

It comes with a 4GB MicroSD ready to go inside of the unit if you aren’t picky. 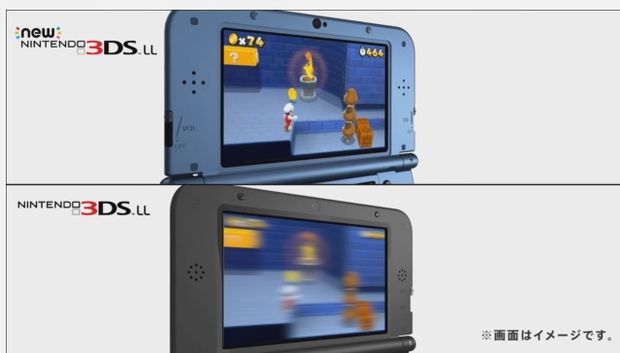 The hardware has also been upgraded as a whole, and software boot times are 5-10 seconds faster on the New 3DS compared to past models. There’s an extra auto-brightness feature as well, which operates similarly to mobile phones and tablets, gauging the general light in the room and adjusting itself accordingly. You can turn this feature off if you want, which is something I did immediately.

Of course, the marquee upgrade is easily the enhanced 3D feature, which now works at practically any angle. The way it operates is that it essentially tracks your vision and instantly makes the 3D easier on the eyes, rather than in the past where you had to hold your 3DS at a “certain” viewpoint to really get the full effect.

So does it work? Absolutely. I was skeptical of it before trying it out, but unless you have your 3DS at a really weird angle it will work, and the 3D does look sharp. Just know that it’s not magic, and that it will take 1-2 seconds to adjust if you do shift your unit around more than a few inches. If for some reason you don’t like this feature, you can also turn it off.

The New 3DS has its own built-in NFC feature that supports amiibo at launch by way of the bottom touch screen, but since no games have been updated to actually support it at this time, I can’t comment on it. Expect plenty of coverage going forward though, including Super Smash Bros. and Code Name: S.T.E.A.M. functionality. Also, keep in mind that Nintendo is going to release an adapter for older models, so you don’t need the New 3DS to utilize amiibo figures. At least, that’s the plan. 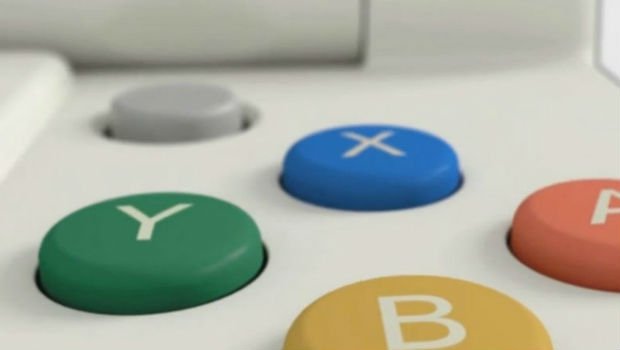 Ah, the nubbin. The ire of many fans who thought that the 3DS didn’t need a second analog stick like the Vita. I’ve always been a fan of options, and the nubbin allows just that, but without using a percentage of the portable’s processing power like the Circle Pad Pro has in the past. As a result, you’re likely going to be seeing more games that use it, and given the retroactive support of old CPP titles, it’s a win/win addition.

Having said that, the nubbin is not a perfect solution. It’s a lot more rigid than I thought it was going to be. In fact, the actual nub doesn’t move — it’s kind of like an old school laptop ball but without the rolling sensation. It feels weird, but thankfully it doesn’t take up a lot of space, make the 3DS look bad aesthetically, or get in the way. If you don’t like it, you don’t have to use it.

My experience using it in-game varies drastically depending on the title. With a game like Majora, Kingdom Hearts: Dream Drop Distance, or Monster Hunter 4, it was perfect for swinging the camera about. For games like Resident Evil: Revelations, where the nubbin is used for precision aiming, it’s not so great. I’m glad it exists, but it’s not a game-changer, and you shouldn’t upgrade just because of the nubbin. 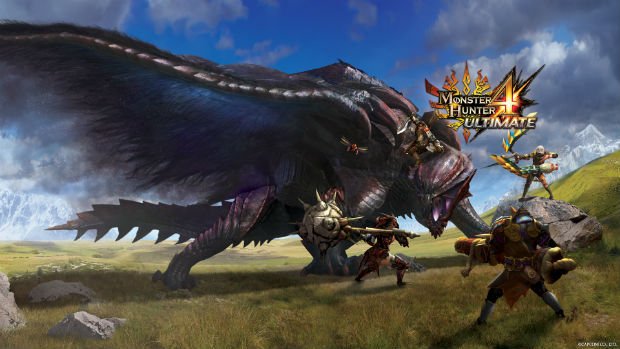 Right now buying a New 3DS strictly because of software  is a grim prospect. There is one — count it — one New 3DS exclusive announced so far in Xenoblade Chronicles. Because of the enhanced processing power the ability to create Wii ports or more graphically intensive games is there, but we aren’t quite at that threshold yet where anyone besides Nintendo has stepped up to announce anything. And even then, this is seemingly a direct port we’re talking about with very minor additions.

There are a few slight differences right now with at least one new game — Monster Hunter 4. As a general rule when I compared it side-by-side with an old and New 3DS XL, the latter seemed to have a more consistent framerate, and the 3D effect looked sharper in general. That’s not to say that the framerate is bad by any means on the old model, it’s just very fluid on the New unit. Slight improvements are the name of the game right now in the New 3DS’ lifespan, and that principle permeates throughout the philosophy of the New 3DS as a whole.

As a side note, I did test cross-generational play, and was able to play every multiplayer title I owned with an “old” unit — so don’t be worried about segmenting yourself if your spouse or child doesn’t pick up a New 3DS right away.

Only hardcore Nintendo fans need to adopt the New 3DS right now. All of the improvements outside of the enhanced 3D feature are marginal, and even though the feeling of picking up new hardware can be exciting at first, you may even start to feel underwhelmed on your first day.

It does feel like an upgrade overall, but Monster Hunter 4 and Majora’s Mask play just fine on the older models. Additionally, with a planned amiibo adapter coming out at some point in the future, you should be good to go in March for Code Name S.T.E.A.M., and the only true exclusive in sight is a port set for an April release. Lastly, although bulky, the Circle Pad Pro will technically net you all of the benefits from the added triggers and nubbin for now outside of Super Smash Bros. 3DS.

As you can clearly see, this is an “only early-adopters need apply” situation, since a lot of solutions exist, or will exist to accommodate old 3DS users. On a personal level I am enjoying the upgrades and have purchased one myself in addition to this review unit, but the real payoff just isn’t there yet for me to make a full recommendation.

[This review is based on a retail build of the hardware provided by the publisher. The reviewer did not attend the Nintendo event.]