LittleBigPlanet has a really special place in my heart for many reasons, but chiefly, it was one of the first games that my wife and I were excited for as a couple. When we were dating we’d introduce each other to all sorts of oddities and new experiences, but when that first LBP preview hit in a magazine we picked up, it was something we could share together.

Over the last 12 years, somehow this underdog is still alive after being bounced around multiple developers and subject to several spinoffs. Now it’s back, in adventure form: and we’re playing it together once again. 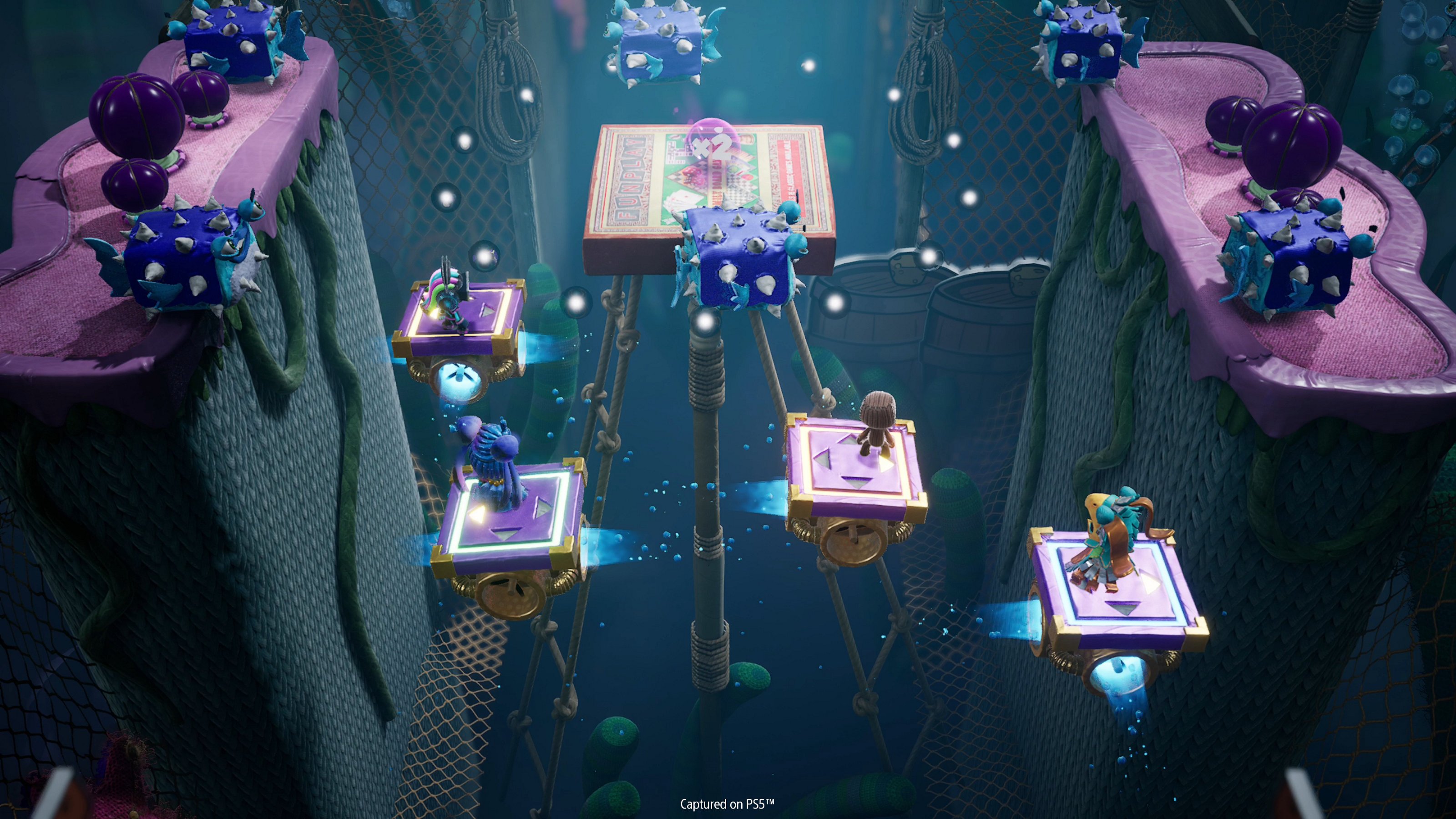 This is a pure platformer without a creation mode: I feel like I need to say that upfront.

Even with that proviso, I think I’m okay with recommending A Big Adventure at this point, several worlds in. Sumo Digital was able to bottle the same whimsical magic that it did in LittleBigPlanet 3, crafting stages that will basically force you to smile. Stages are cohesive, offering up new concepts at a respectable pace, while keeping the focus on hidden zones and collectibles. If you rush through any given Sackboy stage you won’t have too many problems, but finding everything they have to offer requires a set of discerning eyes. It’s very much like some Mario games in that way, which is a compliment of the highest honor.

Your little Sackboy avatars can do a little Yoshi-style extra hop after jumping, whack things, mash the Circle button to roll, and grab onto objects (or each other). While more tools become available as the campaign progresses, your core kit is jumping and punching. It absolutely works for me. The DualSense functionality isn’t quite as impressive as Astro’s Playroom (which might become a trend), but it is very cute and adds a tad to the festivities, mostly by way of sounds via the controller’s built-in speaker.

Sackboy: A Big Adventure also has those classic multiplayer challenges, as well as secret levels, a shop to buy more outfits (you can earn pieces in levels too, like always), and bonus stages. The “walkabout world map” helps ensure that this feels a tad more robust than a typical LittleBigPlanet title. Speaking of multiplayer, I was able to test out both solo and two-player co-op, but online play is “coming later this year,” so keep that in mind.

It’s going to suit a certain kind of audience. After you’ve played your explosive next-gen games, I can see a family sitting down and enjoying Big Adventure together as they slowly pour through every level and try to find the cutest costumes. It’s not flashy, but it’s a welcome addition to the PS5’s lineup.

I came in expecting an adorable serviceable platformer and that’s just what I got here. Sumo Digital generally does good work, so I’m excited to see what’s next in Sackboy: A Big Adventure. Stay tuned for our full review.

Filed under... #reviews in progress#Sackboy: A Big Adventure