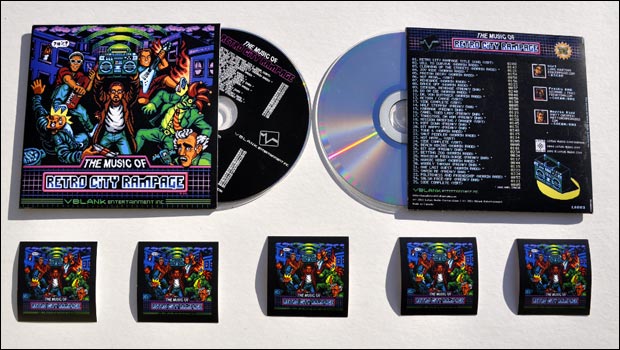 Because you wanted it in every format possible

Retro City Rampage is finally here, and many of you are probably enjoying the 8-bit soundtrack provided by virt, Norrin Radd, and Freaky DNA. The game had been in the works for a long time, and that’s why it was all the way back in February that we showed you the limited edition vinyl (unboxed here) release and the digital soundtrack available via Bandcamp.

Now they’re creating a limited CD run release as well, and I have to say that the price is right. You can get the CD, which includes a sticker and ten additional tracks not found on the vinyl release, for $9.99 CAD. Fans who purchased the soundtrack in any form before launch week, however, can pick up a bundle including two CDs, five stickers, and three download codes to share with your friends for the same price. Details can be found on the Retro City Rampage Bandcamp page.

Are you digging the music in the game? What’s your preferred format for music buying these days, and can you think of any avenue that RCR doesn’t have covered?