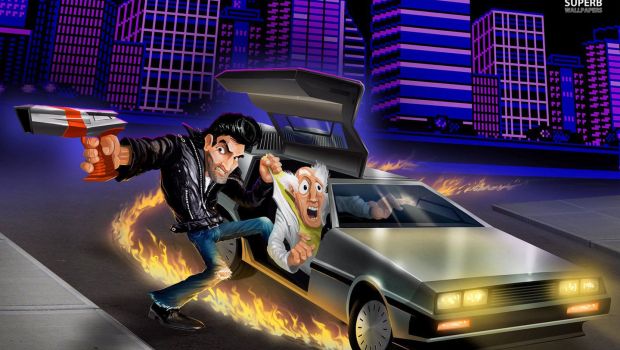 Retro City Rampage: DX (the 3DS port) has been called the definitive version of the game, and according to developer Brian Provinciano, it’s “doing great”. Considering that the game had already been out for a while, it wasn’t a sure thing that it would do well on the 3DS, but apparently that hasn’t been a problem. It will be interesting to see if it surpasses the PSN port, which is the best selling version to date. Brian’s guess is that a lot of people played the game on the Vita. Seems like Retro City Rampage is the kind of game people want on a handheld.

Brian also made a point to say that he’d “love to do another 3DS game”, which sounds promising. Before he gets on that, he’s got to finish the new update for the game, which allows you to collect cars and store them in garages. I had no idea that the covered wagon was so lethal…