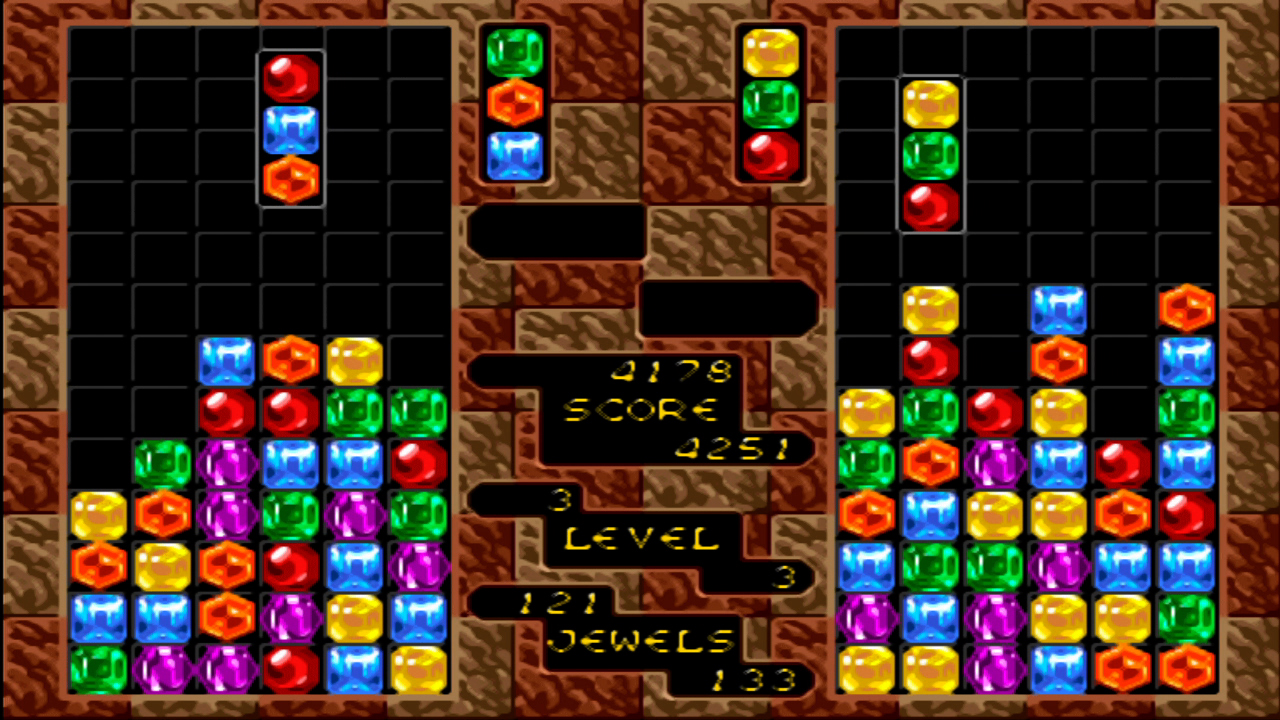 Worth playing until the end of time

In case you don’t own Columns on every platform ever, since Sega has been packing it into every compilation it has basically ever made, it’s also coming to Sega 3D Archives 3: Final Stage as per Famitsu. It will be joined by the recently confirmed Alien Syndrome, as well as the previously announced Turbo Outrun and Thunder Force III.

This is the third package that Sega has crafted for the 3DS, known as the “Classics Collection” line in the west. These aren’t just half-assed ports though, as they often come with new features and [good] 3D. I’m hoping this one makes it out of Japan too.