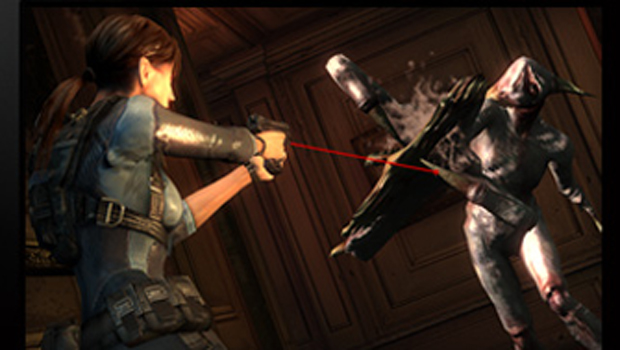 Resident Evil Revelations excites me, especially after catching the leaked TGS trailer the other day (though that may be in a totally different way). The game is just breathtaking on the 3DS and, even more so, shows promise of bringing the series back to its corridor confined core.

I have to say my experience playing the game at E3 though left slightly underwhelmed in the control department. Listen I appreciate the nostalgic feeling the game induces atmospherically, but that doesn’t mean I want the tank controls too. That should change, thanks to the 3DS’s upcoming Slide Pad attachment. Along with five other games announced, so far, Resident Evil Revelations will support Nintendo’s extra nub for a more refined play experience.

Now if only I could get the white zombie slime out of my head.