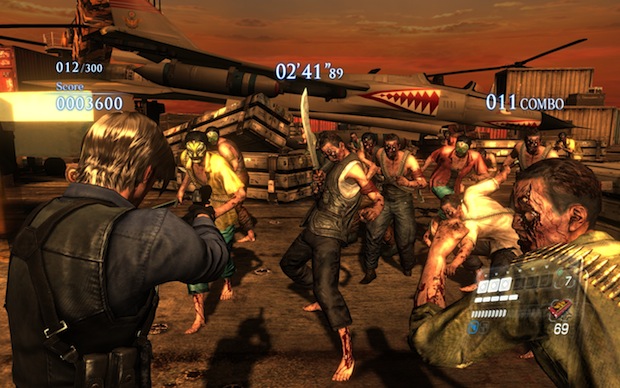 The PC version of Resident Evil 6 will get an exclusive mode called The Mercenaries: No Mercy, Capcom confirmed today. This takes the Mercernaries mode we dug and adds “more enemies on screeen than ever before.” It looks pretty crazy from the screenshots in our gallery.

The PC version of Resident Evil 6 sounds like the ultimate version. It gets the above mentioned mode as well as Ada Wong’s campaign (and co-op), and the option for fine-tuning the camera.

New modes coming to the console versions will also come to the PC shortly after the March 22 launch — for free. These include Siege, an upcoming online multiplayer mode for up to six players, as well as add-ons Survivors, Predator, and Onslaught.

RE6 PC will be available as a digital download on March 22, priced at $39.99. A free benchmark test comes next month, letting you test how the game will run on your rig.