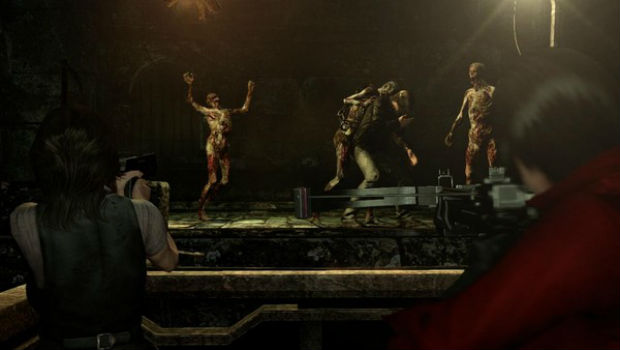 Little to no fanfare

Say what you will about Resident Evil 6‘s four campaign arc, but for me, the real meat of the game is found in Mercenaries mode, where after an extended period of play, the game’s nuances of combat start to come alive.

Quick-shotting, combat rolling, cancelling; abilities that seemed next to useless in the campaign will start to become more and more essential for survival, which increases the enjoyment factor a bit.

If you’re bored of the game’s initial levels, and the three pre-order bonus levels that went on sale a few months ago, you can put your skills to the test with the new Resident Evil 6 Stage Map Pack A for $1.99 (160 MSP).

For your troubles, you’ll get the stages Requiem for War (a below ground level) and Liquid Fire (a level featuring narrow walkways). Fans will recognize both of these two from the campaign.