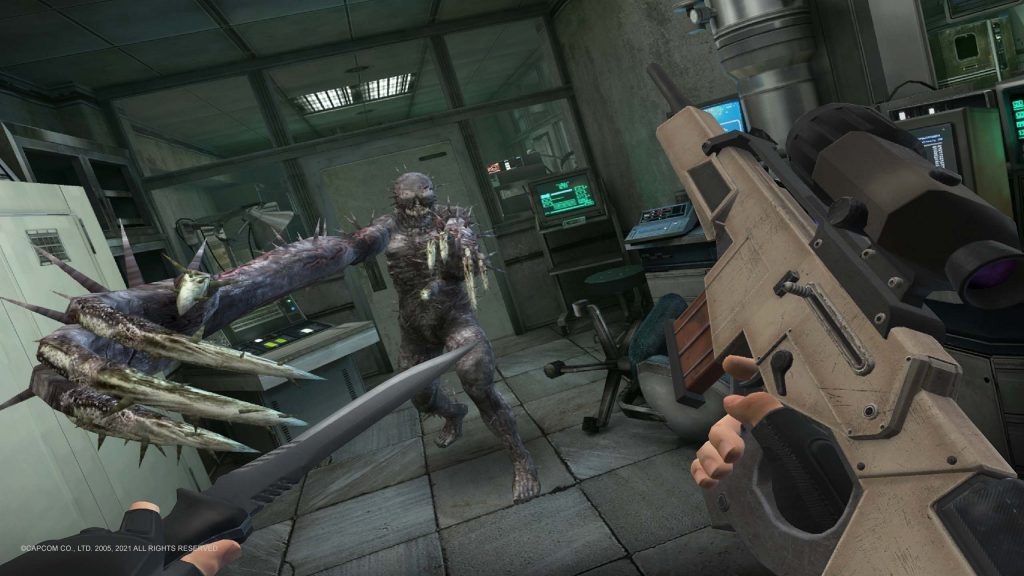 Surviving the village sequence, a funny egg toss, a run-in with a Regenerator, and more RE4 VR clips

To a certain extent, I was perfectly fine living in the land of blissful ignorance with respect to Resident Evil 4 VR. But after hearing such great things about it — and seeing it in action with clips that really show off the heightened sense of player freedom — I’m starting to visualize a few hundred dollars vanishing from my bank account in the near future.

First up, the iconic village. This clip from EchoSmoker captures the adrenaline-pumping scramble of being cornered by a group with a chainsaw in the mix, and it’s so stylish.

You know I love a good RE4 egg clip, and here’s another fun one:

It’s funny that something as simple as the shooting gallery mini-game — a staple of VR gaming that has completely lost its novelty for me — still looks entertaining here.

RE4: After many attempts I got a perfect score with no misses in the shooting range. from OculusQuest

You know what happens when you disturb the lake. But it must be done.

Don’t shoot the water. from OculusQuest

Even if you get uncomfortably close to him, the mystical merchant is stoic, as always.

Intimate time with the merchant from residentevil

As Chris mentioned in his review, the Regenerators are not to be underestimated.

Basically, all of the wacky player antics that make Resident Evil 4 such a blast to replay year after year also translate super well to VR (courtesy of developer Armature Studio).

Classic tricks like the flash grenade birdpocalypse still work, and it’s fun to see them from an up-close-and-personal perspective. I’m sure VR players will quickly figure out new tactics, too. (It’s a shame Mercenaries mode didn’t make the cut; think of that skill ceiling.)

Can I hold out for a non-Oculus Quest 2 version of Resident Evil 4 VR? I won’t be shocked if it’s a permanent exclusive, but I sure would be disappointed by that turn of events. Much like Half-Life: Alyx and even Resident Evil 7 before it, this game is too great to be confined anywhere — it deserves a spot in every virtual-reality ecosystem that can support it.