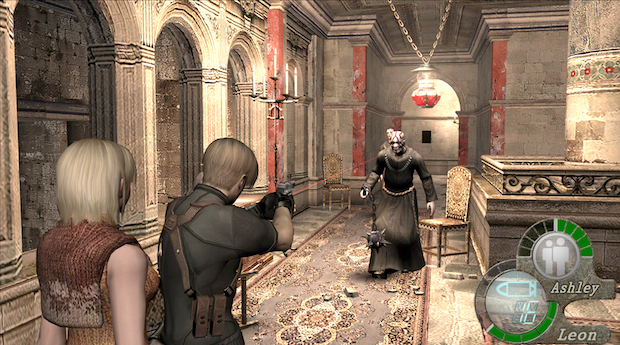 Capcom has just announced the ultimate HD edition of Resident Evil 4 for PC, coming to Steam worldwide as well as a retail PC version for Europe. This shambles out on February 28, 2014, priced at $19.99.

Resident Evil 4 will look great running in HD at 60 frames per second.

The PC version will include everything from prior versions, including bonus content like the Separate Ways epilogue.

A Steam pre-order campaign has gone live today. You’ll get a digital artbook as well as a digital soundtrack copy with your pre-order. As you’ld expect, the Steam version supports achievement, Cloud, Trading Cards, leaderboards, and controller support.