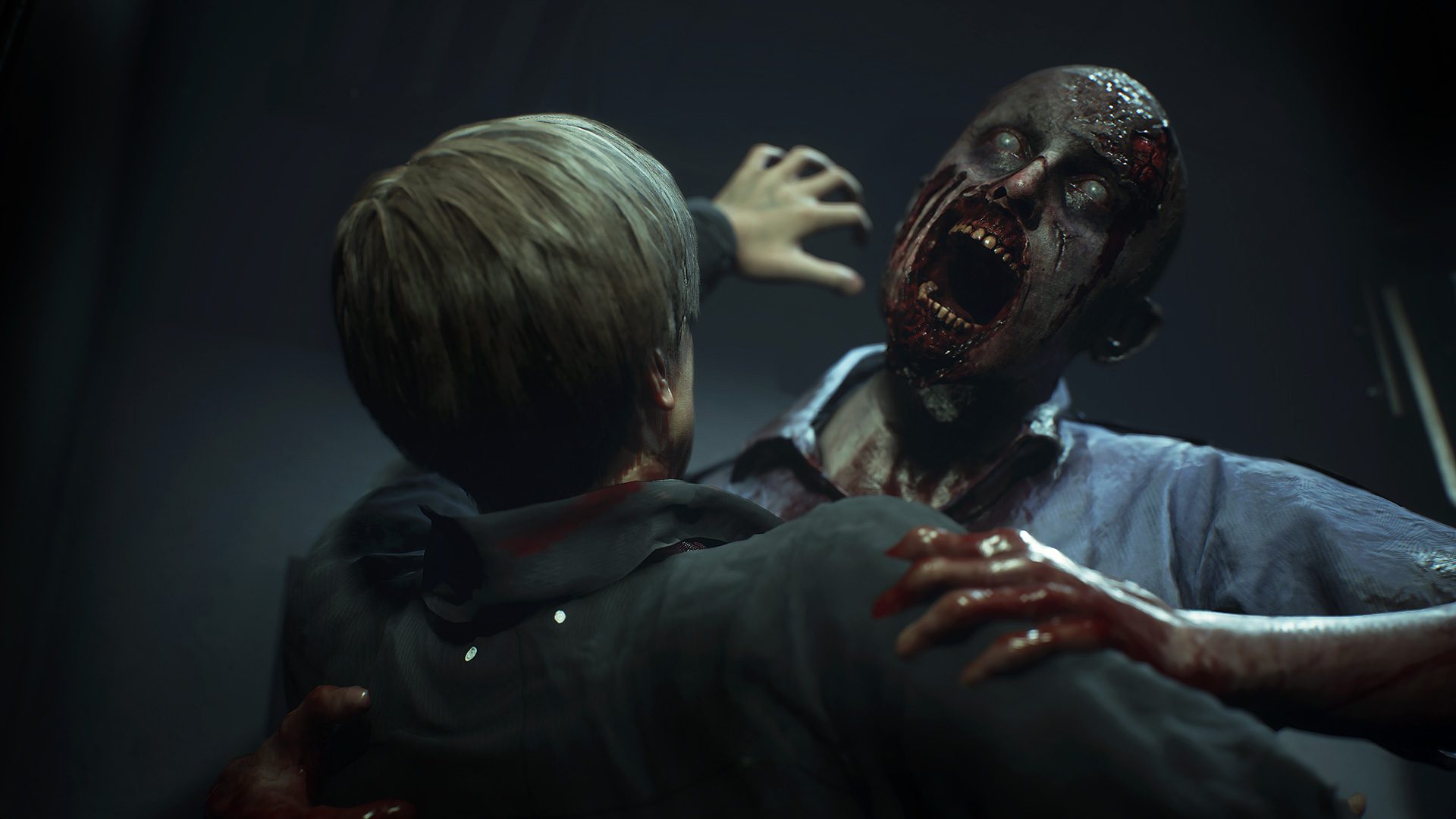 After Capcom’s outstanding early work in Resident Evil 7, and Armature Studio’s recent home run with Resident Evil 4 for Oculus Quest 2, I hope the VR side of the series can expand to not just Resident Evil Village, but other games, too. When everything goes right, it’s a pretty unforgettable experience. I mean, even fan-made mods can get the job done in some cases. You’ve got to see the latest footage of Praydog‘s Resident Evil 2 VR mod.

As demonstrated in newly-recorded footage from Eurogamer and Upload VR, the Resident Evil 2 VR mod for PC has made great strides, to the point where I could see myself playing the entire campaign (and secondary run) with a sweaty headset on.

While not widely available yet, the RE2 VR mod includes the ability to play in third-person with a gamepad, which could be fun in its own right. The star of the show is a tense first-person mode with motion controls — just like you’d expect from an official VR version.

I’ve seen snippets of this stuff before, but never quite like this — it’s so wonderful.

Adding context to the gameplay, UploadVR notes that “a lot of our performance issues are due to screen recording and that the game runs better without those extra demands,” while Eurogamer says that Praydog’s RE2 VR mod “often comes close to making it feel like the Resident Evil 2 remake was made with native, first-person VR in mind.”

Compared to RE4 VR on Oculus Quest 2, the visuals are much stronger here (“almost photorealistic at times”), but the RE2 VR mod lacks some specialized-for-VR menus and interactions that can keep you fully invested in your surroundings. It’s still great though!

Interestingly, a few years ago, we heard one explanation for why Capcom skipped VR support in Resident Evil 2 at the time: melding the remake’s third-person perspective with virtual reality was “not the best way to present the game,” according to the producers.

It’s hard to say when Capcom will find an opening to explore VR again — it sure seems like a lot of Resident Evil games are brewing behind the scenes — but worst case, I hope that more partnerships can be formed to get the older titles in our hands if that’s what it comes to. After how well Resident Evil 4 VR turned out, even modified ports would be awesome. (I’d also say the same about several other iconic video game horror series.)

As much as I try not to get my hopes up, I can’t help myself here. VR-ify it all!