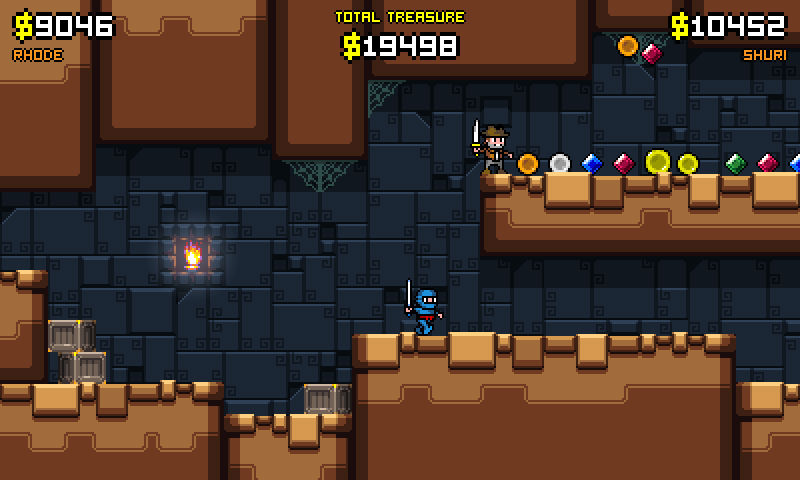 [Update: I’ve confirmed with developer Jools Watsham that the game does feature local multiplayer for up to two players, with a Download Play option that only requires one copy of Treasurenauts.]

Fresh off of its impending Mutant Mudds Deluxe release for the Wii U, Renegade Kid has just announced a new game — Treasurenauts for the Nintendo 3DS. Not a whole lot is known at this time, but the game seems to be a retro platformer, possibly with multiplayer elements.

Only a portion of the cast has been revealed, as an Indiana Jones type, a Tiki-guy, and a Ninja adorn one of the three screens provided by developer Jools Watsham. From what I can tell in the screenshots, the game will be focused on loot collection with a “total” cash goal in mind across multiple levels, potentially earning you more upgrades for each character through an in-game shop.

For now we can only speculate, but there will be more info available after the exclusive reveal in the third issue of Nintendo Force magazine.