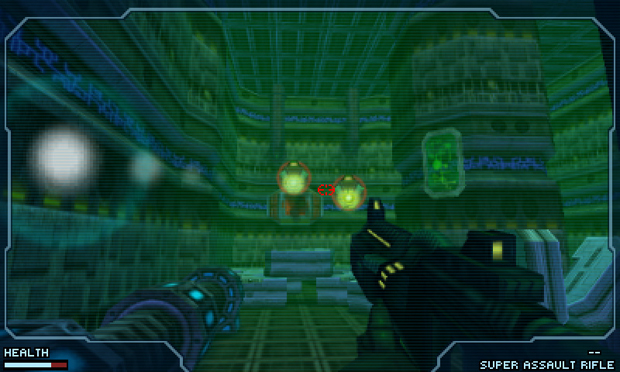 The remastered sci-fi adventure will follow an episodic structure this time around, with the first four chapters launching in March or April for $8.99. Three additional installments will be released somewhere down the line for $1.99 apiece. A second season with all-new story content is planned for 2015.

Moon Chronicles has been rebuilt from the ground up to take advantage of its new platform, vaunting visual enhancements, while running at 60 frames-per-second, with or without stereoscopic 3D. The shooter will also feature Circle Pad Pro support, providing players with an option for more conventional twin-stick controls.

Renegade Kid boss Jools Watsham has shared some comparison shots between the remake and original game. Check them out in the gallery below.