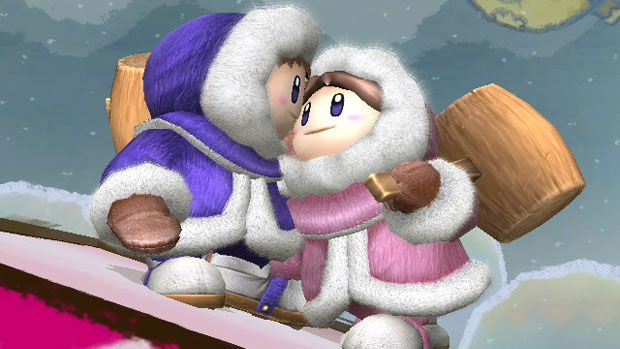 A glitch uncovers a Nana and Popo chant

It’s public knowledge at this point that the Ice Climbers were removed from Smash Bros. 3DS because of hardware limitations. Because Sakurai wanted complete character parity between the 3DS and Wii U, they were taken out.

But apparently some last remnant of them remains in the game, as player Gema Yue has allegedly uncovered an odd glitch in the Japanese version. If you play as Villager and KO at least two Dr. Marios at once with 100% damage, a “Nana, Popo” chant will happen — the names of the two Ice Climbers.

I’ve tested this with the US version of the game, replicating the stage and all the requirements, and it still chants “Villager,” so this may only be for the Japanese version if this video is legitimate (and since it has been replicated in Japan by other YouTube channels, it likely is) — or there may be extra parameters involved.

As a side note, I’ve unlocked every character and level in the full game — expect our full review early Friday morning.