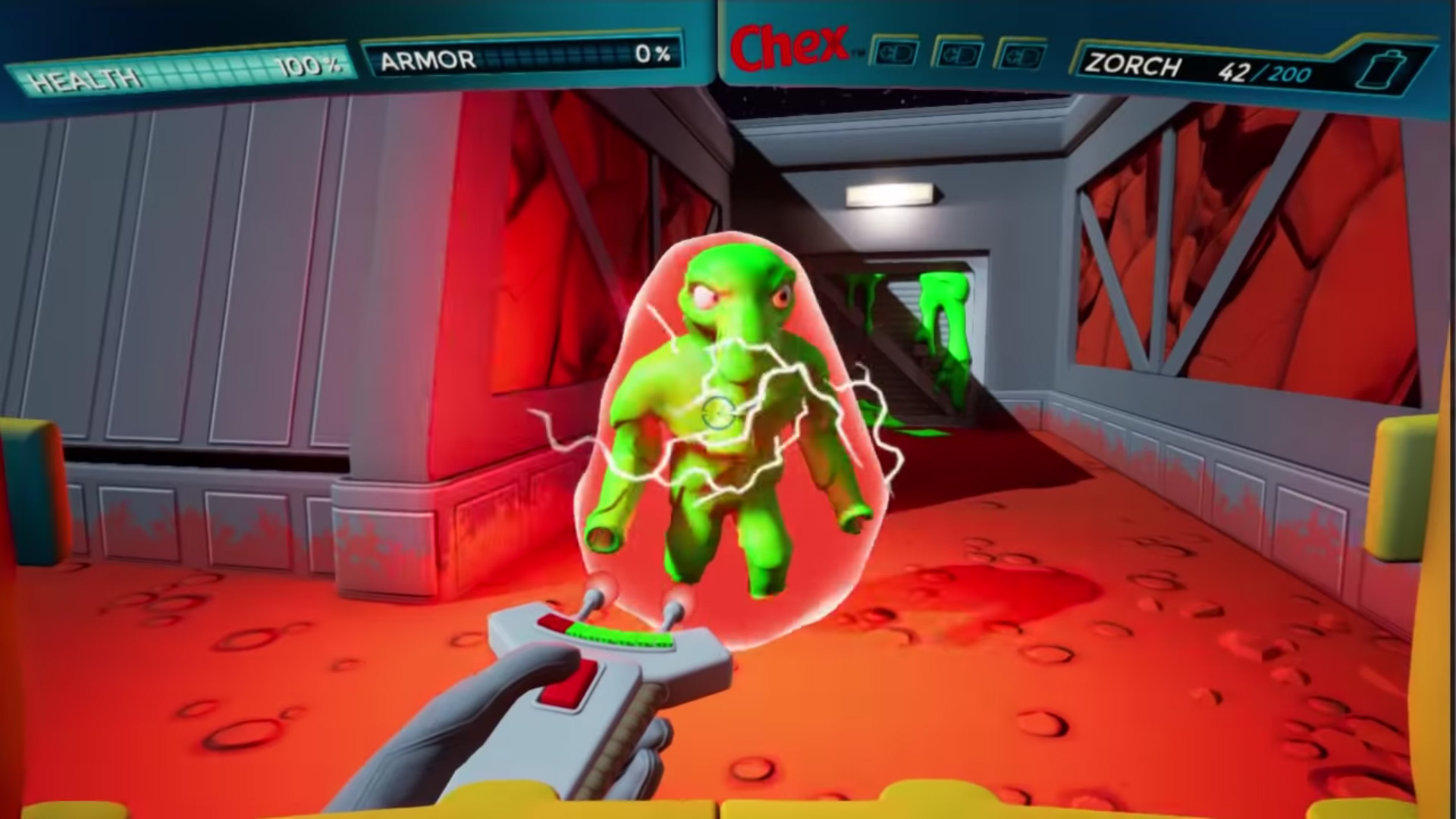 Chowing down on cereal is one of childhood’s greatest joys, and if your sugary breakfast happened to come with a free prize inside the box, you were on cloud nine. It didn’t even matter if the little trinket was pure junk and you got bored with it before your cereal had a chance to get soggy. It was yours.

One of the most coveted cereal-box prizes in the ’90s was Chex Quest, an honest-to-god video game. It was ahead of its time, both as a promotional product and as a non-violent take on the Doom formula.

As the Chex Warrior, your goal is to teleport (not kill!) mucousy aliens who are causing trouble for human colonists on the planet Bazoik. Your dude rocks armor that looks like a literal giant piece of Chex cereal and he can wield a spoon. It was a marketing-fueled Doom clone, sure, but as the modding scene has since proven, there’s a lot of fun to be had in the wide world of weird, not-that-great Doom remixes.

If you don’t have any particular nostalgic fondness for Chex Quest, you might be surprised to learn that the game has enough of a following to receive an HD remake. Over the weekend, we got a new trailer.

Chex Quest HD is a passion project from lead artist Chuck Jacobi and volunteers created with permission from General Mills. They haven’t committed to a release date just yet, but once the game’s ready, it’ll be free. “Like the original, this will be a five-level, single-player first-person shooter suitable for all ages.”

I can’t see the remake being anything more than a novelty, but that’s all it needs to be.