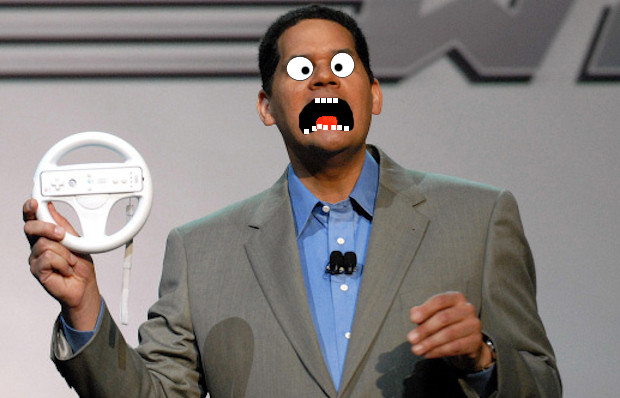 It’s been rumored for a long time, and many gamers have clamored for such a mythical beast, but Nintendo president Reggie Fils-Aime has decided to play dream killer and put paid to any fantasies about a Wii HD. Raining on our barbecue, the steak n’ kidney executive has said that there is no hi-definition Wii, and that it only exists in analyst Michael Pachter’s head.

“Michael [Pachter] continues to be the only one who believes this is going to happen,” Reggie states on GTTV. “I don’t know how forcefully we can say that there is no Wii HD.”

Pachter has claimed multiple times that a Wii HD is in the works and has talked about it arriving before 2010 is over. Nintendo’s denial may mean nothing or everything, since we all know that publishers will happily lie about their projects. However, Reggie seems incredibly adamant, going so far as to call Pachter out, so who knows? It’s not like the Wii needed HD to be a success. Perhaps Nintendo truly doesn’t feel it’s important.