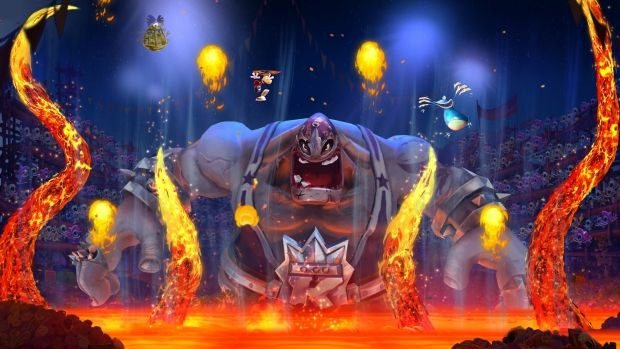 The bad news keeps on coming

I wanted Rayman Legends to sell well. Most of us did, hopefully. It’s an already terrific game that looks even better when put up against some of the other stuff Ubisoft releases. During an earnings call, Ubisoft CFO Alain Martinez said “We saw some slowdown on the released games; we believe we were below what we were expecting in our initial target.”

And because we can’t have nice things, yes, that group includes Legends. It, Splinter Cell: Blacklist, and “others” didn’t meet the company’s sales targets.

The bad news of course continued with word that both Watch Dogs and The Crew had been delayed, as we now know. According to Martinez, Ubisoft is expecting some 2.5 million sales for the open-world racing game which I’d be nervous about hitting, if I were them. “We’ll see where we go and we believe that we have a nice potential for the future,” he commented.