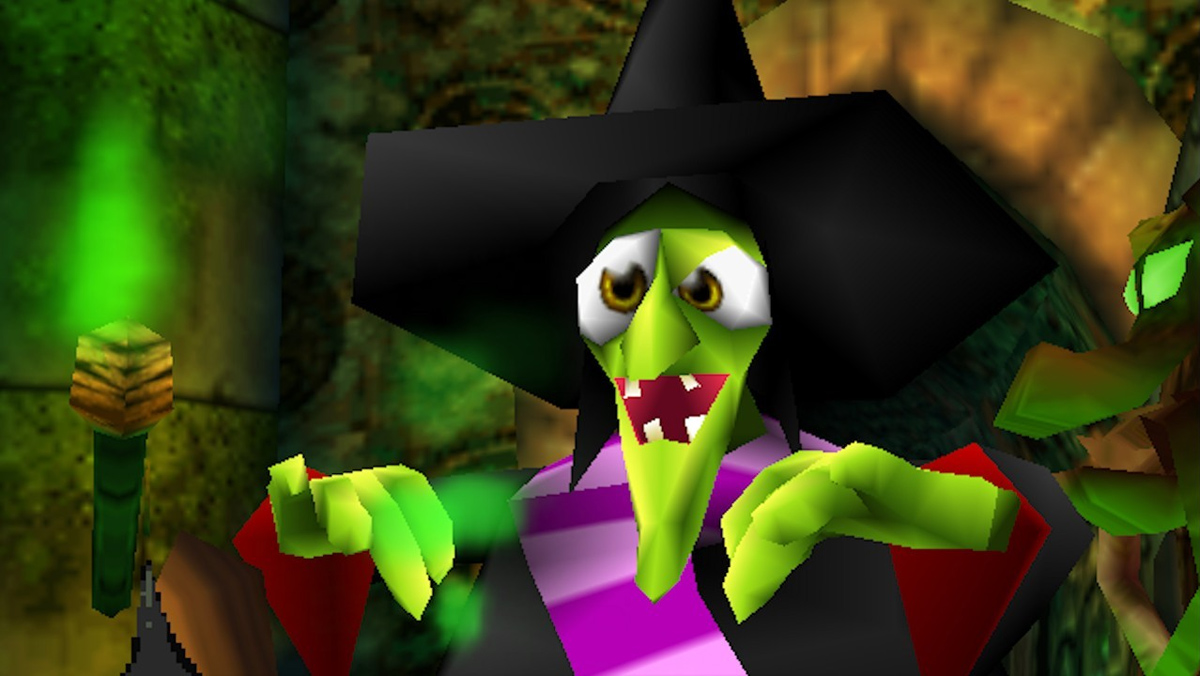 Before it settled on Nuts & Bolts

I’m way behind on watching those documentary shorts included in Rare Replay and I might never catch up unless I set aside time to see them on YouTube. Rare uploaded this video today detailing how it arrived at Banjo-Kazooie: Nuts & Bolts instead of a more traditional platforming sequel.

Before the studio locked in its concept for the vehicle creation game, it had a few other ideas in mind. One of them was to remake Banjo-Kazooie, but not exactly the way we remember it. The developers got as far as the first level, Mumbo’s Mountain. “[A]ll the puzzles and tasks in that level — we would see how we could adapt them,” said designer Steve Malpass. Conga the Ape, for instance, would realize he had fought Banjo and Kazooie (on Nintendo 64) and act differently.

Rare thought this would be a “hard sell,” according to designer Gregg Mayles, and that “players would expect a whole new game.” Which is probably true, but damn I would’ve liked to play that.

A remake in which the characters figure out they’re in a remake? That’s cool.