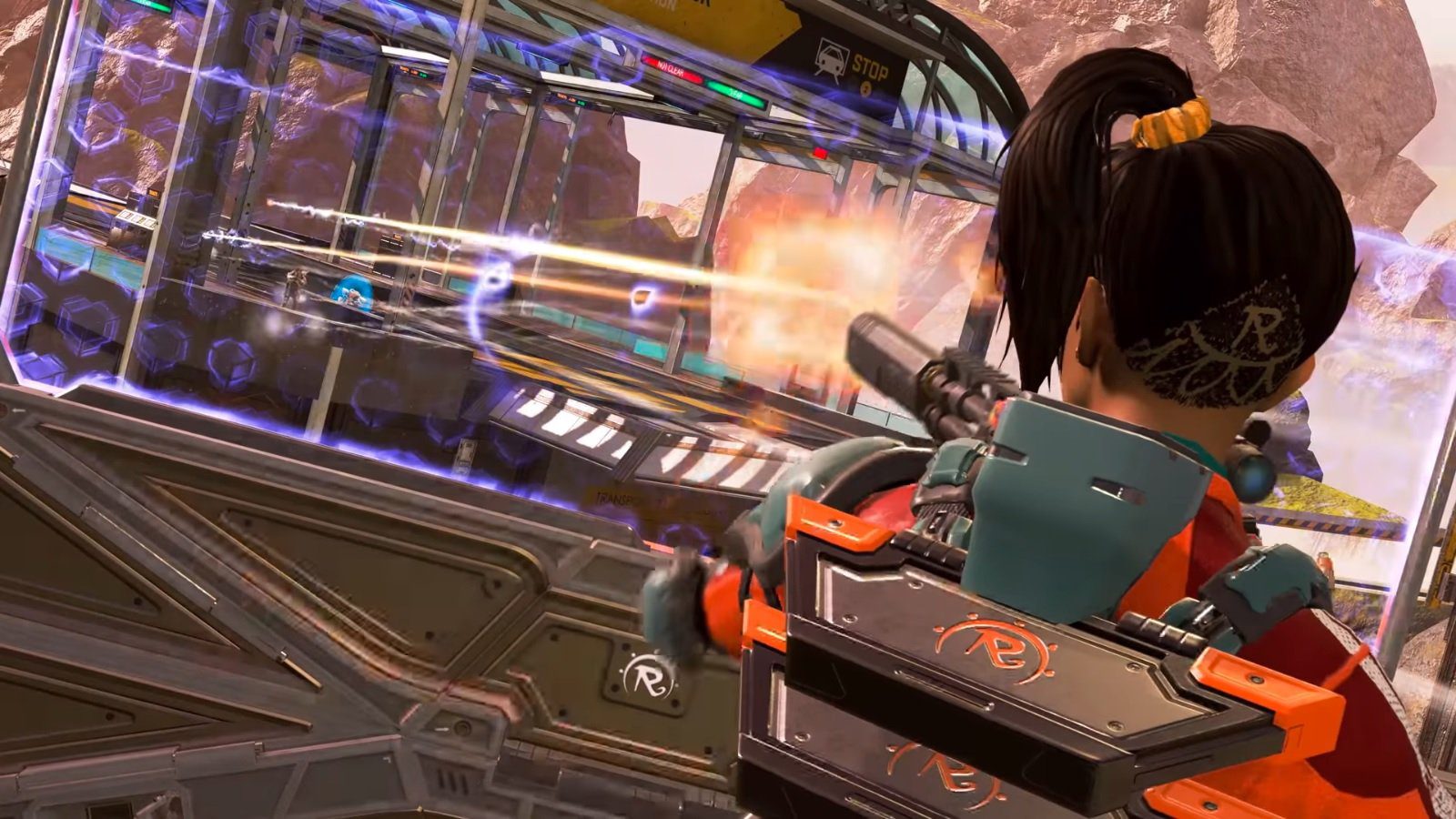 Give the woman some heavy weaponry

Apex Legends Season 6 launches in two days, and compared to the map modifications and new weapon, the biggest potential shakeup to the meta between seasons is always the new character. In a character trailer released today, Respawn has finally provided more granular details on Rampart’s abilities.

As expected, Rampart’s tactical ability allows her to place cover walls that can be fired through in one direction, but there’s a twist: outgoing fired is powered up, dealing more damage than usual. It appears she can place three walls in quick succession, one for each legend on a standard team. Also expected was her ultimate being the mounted machine gun Sheila, though the trailer does add that it has a long reload time, implying it has limited ammunition.

The one piece of the puzzle we have been in the dark about is her passive ability, and it turns out it has been quietly staring at us in game for a week now. The limited-time mode Always Be Closing Evolved introduced the graffiti mod for the Spitfire, which increases its magazine size and reload speed. It turns out that was basically Rampart’s passive ability in a mod, as she’ll have a natural proficiency with light machine guns, bumping those stats for the Spitfire, Devotion, and L-Star. This proficiency also extends to Sheila, so while anybody can use the mounted gun, Rampart will be the best with it.