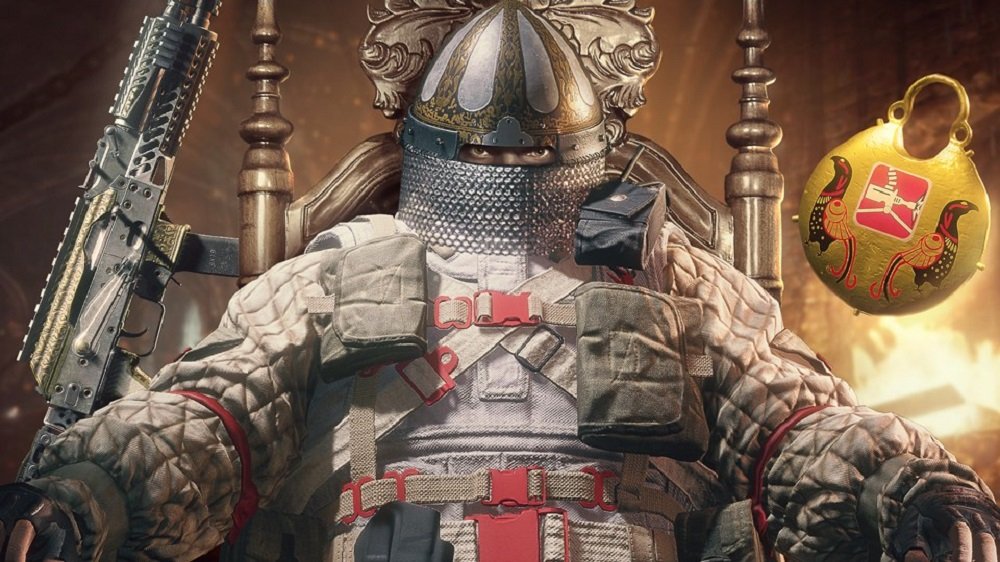 Among the Rainbow Six Siege community, there is perhaps no operator more quirkily beloved than Alexsander Senaviev – better known to the Siege faithful as Lord Tachanka. Having been present in Siege since launch, the Russian Spetsnaz operator has become something of a meme character, recognised for his lumbering form, unwieldly head armour and devastatingly powerful mounted machine gun.

But sadly for Tachanka, this internet infamy has not translated into a high pick-rate. In a game such as Siege, where speed, mobility, and adaptation are of the essence, standing rooted to one spot in order to fire his trusty turret has left poor Tachanka at the bottom of the popularity pile, only really busted out for The Lolz. It seems that while players certainly enjoy the idea of Tachanka, nobody really wants to rely on the guy in the thick of the fight.

But, in Year 5, this could all be about to change. At this weekend’s Six Invitational tournament, the Siege team revealed that Lord Tachanka will be one of the first roster members to be overhauled as part of the incoming “Operator Rework” project. And it looks like the time for joking is over. No-one’s laughing anymore…

…Tachanka’s machine gun will no longer be a mounted weapon.

Yes, you read that right. Post-rework, His Lordship will be taking his ruinous death-spitter for a ride, letting rip from the hip with full-on, 550 rounds-per-minute firepower. Like the coming of Beelzebub himself, Tachanka will now be able to plod around the halls, stairways, and corridors of Siege, spraying complete and utter devastation in harm’s way. Just as a mere concept, this nightmare scenario hardly bears thinking about…

…Oh, and as his replacement gadget, he’s being handed a fucking grenade launcher.

Ask not for whom the bell tolls; it tolls for thee.