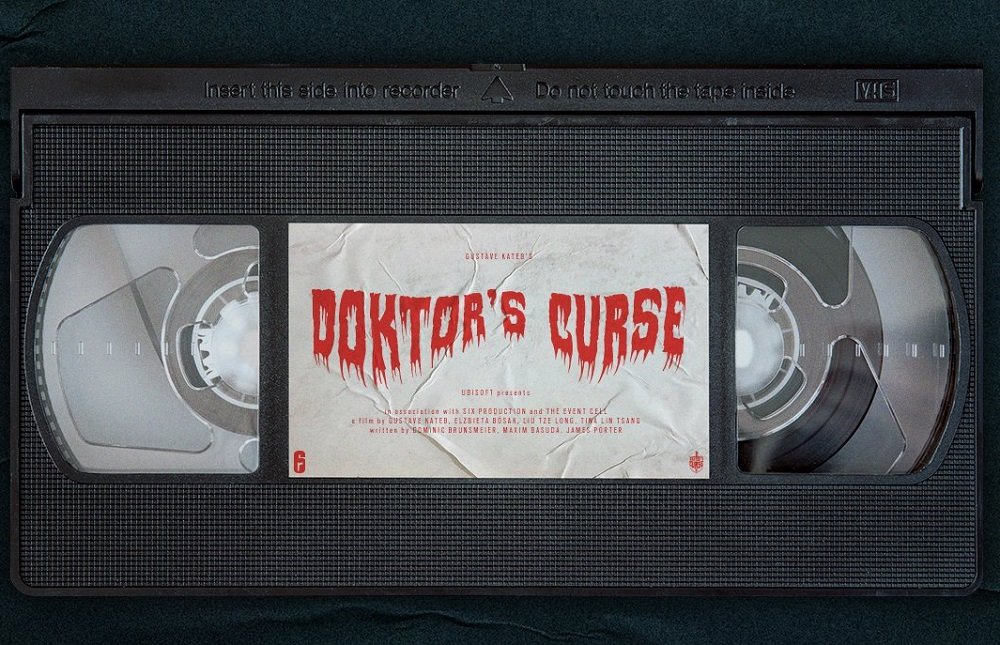 The Rainbow Six Siege twitter has dropped an enigmatic image that appears to be teasing some Halloween content for Ubisoft’s tactical shooter, which is more than likely, given themed events have appeared in-game during previous witching seasons.

The tweet features a string of “scared emoji” followed by the image of phony video tape, that features the title “Doktor’s Curse” in classic horror font, and dripping in blood. The account itself has switched out its usual avatar for a decayed hand, clambering out of the soil. It should be noted that “Doc” is in fact a Rainbow Six Siege operator, and thus may be leading the charge for this new content, whatever it might be.

Last year saw Siege dress up one of its maps, House, into a beat-up old mansion, complete with fog effects and creepy sounds. A selection of horror-themed skins and accessories were also made available for a selection of operators, such as a ghost-faced Hibana and an awesome skeletal Jager (“Spin the Wheel!”). Hopefully, these skins will return, alongside a glut of new content.