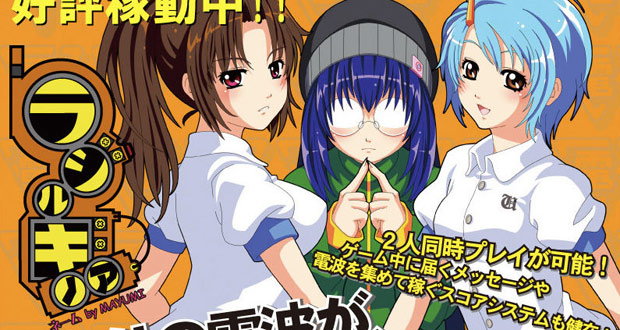 Online retailer Gamestar has published a Wii pre-order list, and making a surprise appearence on that list is Radirgy: Noir — the sequel to Milestone’s terribly underrated cel-shaded shmup, Radirgy.

If you missed Radirgy on the Dreamcast, you missed a truly unique and awesome shooter. Thankfully, the game has been made available on the Wii as part of the Milestone Ultimate Shooting Collection, so you can still get caught up before the sequel drops. Gamestar’s listing has the Japanese release date set at February 10th, with a ¥6,090 price point.

Like its predecessor, Radirgy: Noir was built for Sega’s delicious Naomi arcade hardware, and as you’ll see in the video after the jump, looks more or less exactly the same. The difference this time around is two-player co-op, which raises the question about whether the Wii port will support online play. My guess is no, but this is still a very welcome addition to the Wii library.