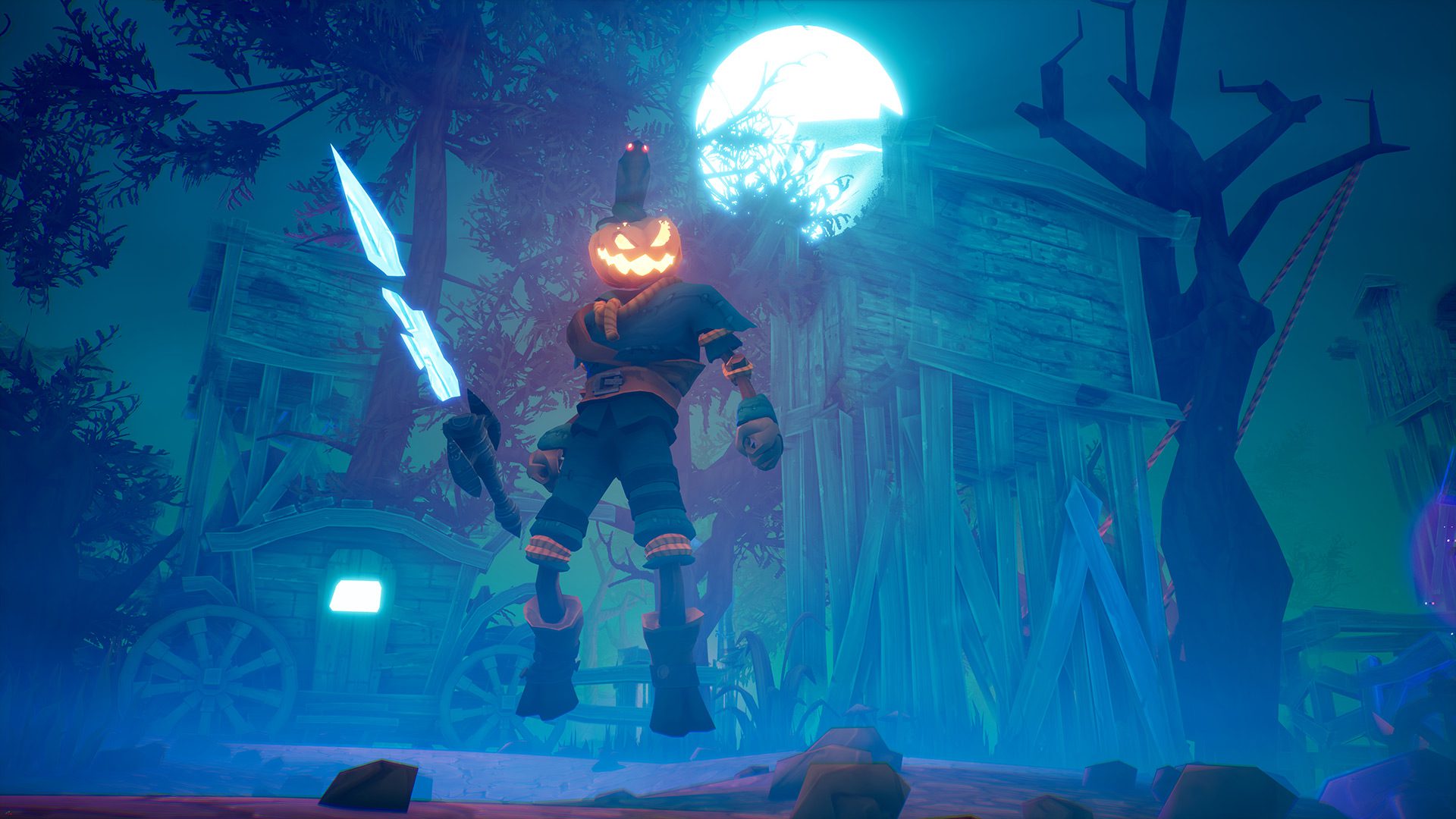 Pumpkin Jack has a decent chance of clicking if you’re into PS2-era 3D platformers, and it’s making the rounds again for Halloween. The Xbox One, PS4, and PC versions launched a year ago, and for 2021, Thunderful and Headup are releasing Pumpkin Jack for PS5 and Xbox Series X/S on October 27. It’s a free upgrade/cross-buy situation, for starters.

Everywhere else, it’s the classic “better performance or visuals?” choice.

The game’s developer, Nicolas Meyssonnier, calls it a “retro throwback to the golden age of 3D platformers,” and New-Gen Edition is the “definitive edition.” This moment would be the perfect time to roll out a physical edition as well, but no updates on that front.

As our dear friend Brett Makedonski said in his review of Pumpkin Jack last year, “You’ll push past parts of it because this mascot platformer has some really great qualities.”

“I didn’t care so much that the story felt insubstantial or that the combat was a slog. I was more interested in leaping across this fantastic Halloween world and seeing what secrets it hid. I wanted to find out what weird mini-games were just around the corner.”

I didn’t play Pumpkin Jack last Halloween, and I’m not counting on it for this Halloween either, but eventually, I’m sure I will. Having an enhanced-for-PS5 edition helps its odds.

Come to think of it, I recently started a MediEvil (PS4 remake) run that ended abruptly. I ought to finish that up, but having never touched the original game, I wasn’t quite vibing with it yet. I’m more into the running, jumping, and exploring than I am the actual fighting. From everything I’ve seen of Pumpkin Jack, I’m expecting to feel that way there, too.