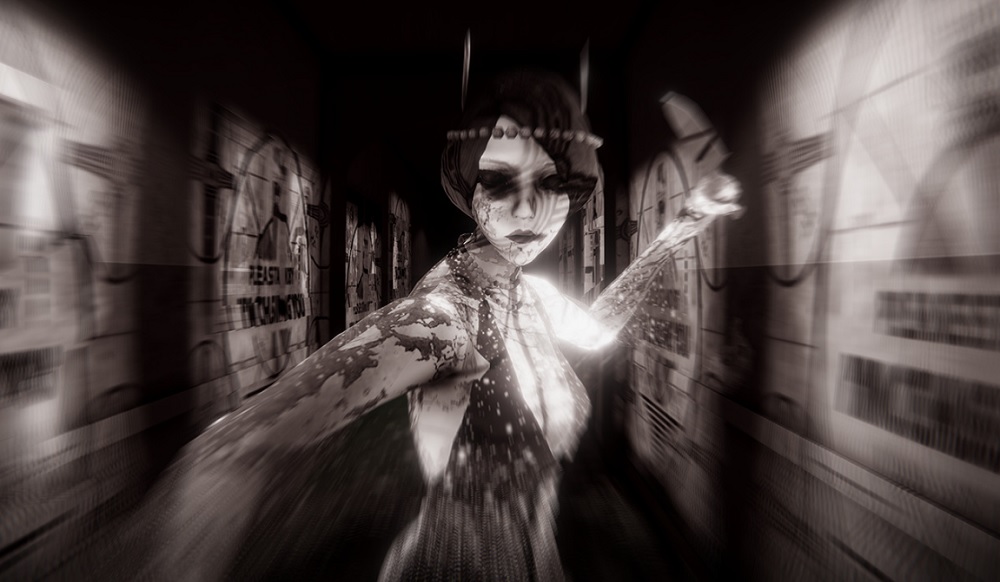 They want to play with you…

Publisher Soedesco, alongside developer Creazn Studio, have announced a release date for the weird, noir-looking horror title Dollhouse. The dark adventure game, which looks way too spoopy for my liking, will arrive on PS4 and PC May 24.

The team also took the time to announce a two-day beta, which is scheduled to take place on both platforms on the weekend April 13-14. The beta hopes to test the stability of Dollhouse’ online components, while keeping one eye open for bugs in the single player mode. If you’d like to throw your name in that hat as a tester, then you can sign up at the Soedesco website. A random selection of applicants will be afforded the opportunity to wet their pants a little earlier than everyone else.

Dollhouse is the story of a troubled detective, Marie, who must put together the fragments of her past while pursued by a dangerous and unknown assailant. An online multiplayer murder-fest will see players stalk each other through the game’s 1930’s-style environments.

Dollhouse launches May 24 on PS4 and PC.