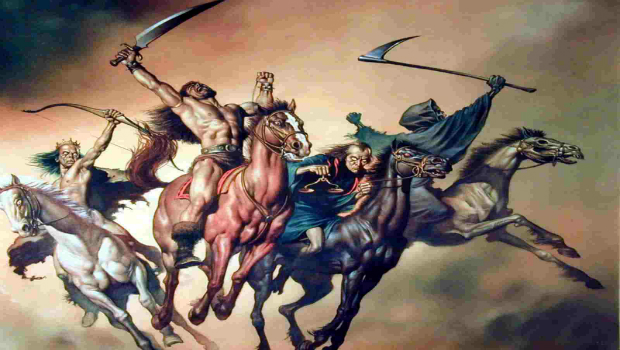 Fear it, sinners! Nubageddon is finally upon us! Lock your doors and hide your women — Nintendo’s 3DS hardware add-on releases today at GameStops across the nation to coincide with Resident Evil Revelations.

Keep in mind that in addition to supporting Revelations, the pad is slated to work in the future with Monster Hunter 3G, Metal Gear Solid 3D, Ace Combat 3D, Dynasty Warriors VS, and Kingdom Hearts 3D (as well as lefty support for Kid Icarus: Uprising). I’ve had the opportunity to test the pad with Revelations, and I think it works great. There are two extra shoulder buttons that allow quicker access to inventory items, the extra stick works fine, and the game instantly picks up on the Circle Pad itself.

While I wouldn’t want to use it for every game on the system, busting out an optional add-on every now and then for blockbusters isn’t a bad deal for $20. So there you have it ladies and gentlemen — Prophet Holmes’ predictions have seemingly come true. The world didn’t end on February 7th, 2012.