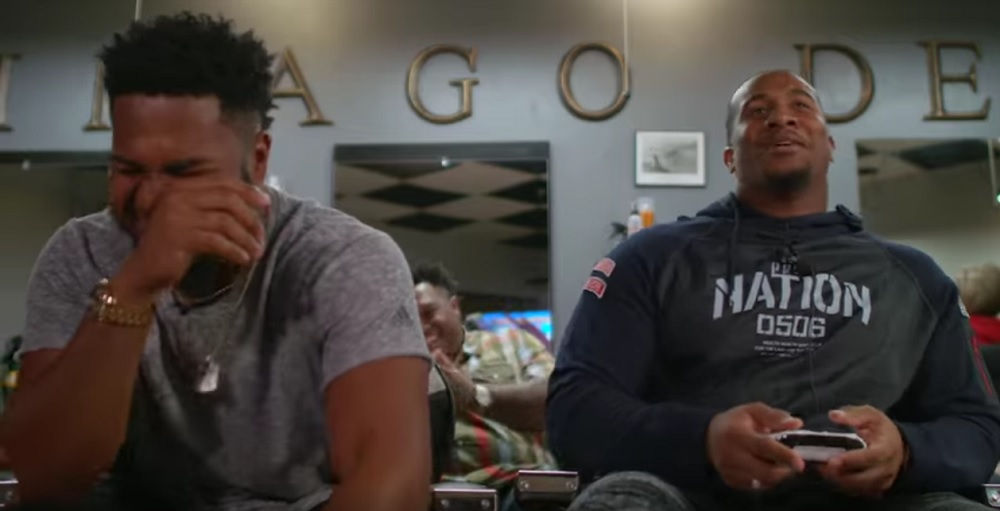 The two-minute video features Packers’ quarterback Brett Hundley, linebacker Chris Odom and defensive tackle Mike Daniels, among others, hashing it out on the ArcSys-produced fighter, while shouting at each other, a lot.

Self-confessed Dragon Ball fan Daniels says he likes it when “Goku comes out of nowhere and hits a ‘Kamehameha’ or something like that”. Daniels also goes on to say there’s no reason why FighterZ can’t be game of the year. Ain’t gonna argue with him on that.

Anyway, a lot of fun is had. Fun that you too will be able to experience when Dragon Ball FighterZ launches January 26, on PC, PS4 and Xbox One.