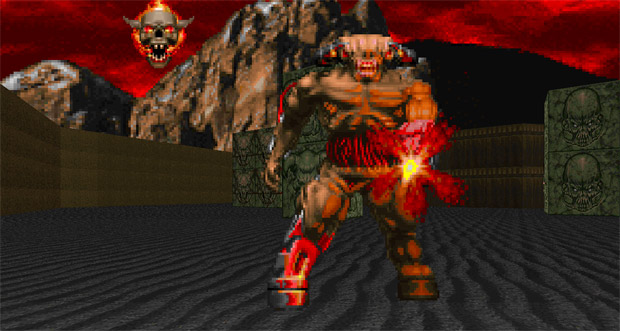 All of id is focused on the project now

Coming into this year’s QuakeCon, I didn’t expect to hear much of anything about Doom 4. Like a child who doesn’t get that one specific toy for Christmas year after year, I can only have my heart broken so many times. It’s cool. IGN was able to get some informative quotes out of id and Bethesda on the long-in-development project, which has undergone a reboot.

“Every game has a soul,” explained studio director Tim Willits. “Every game has a spirit. When you played Rage, you got the spirit. And [Doom] did not have the spirit, it did not have the soul, it didn’t have a personality. It had a bit of schizophrenia, a little bit of an identity crisis. It didn’t have the passion and soul of what an id game is. Everyone knows the feeling of Doom, but it’s very hard to articulate.”

“You can make a game and say, ‘that’s not a bad game, but it’s not as good as an Elder Scrolls game should be,’ and there’s a difference…it’s not great,” said Bethesda VP of markerting Pete Hines. “It’s not amazing. It’s not what people have waited all this time for. It needs to be like ‘this was totally worth the wait.’ And I think what the guys at id are working on is…they’re pushing the boundaries and challenging themselves. I don’t want anybody to look at id’s next project and have this reaction that it’s still stuck in the 90s.”

Which kind of worries me a bit, but I suppose we have Doom and Doom II already — a modern take on the series won’t erase those games from our minds. id and Bethesda clearly want to get this right and aren’t afraid to take their time in achieving that goal. Best of luck to them.