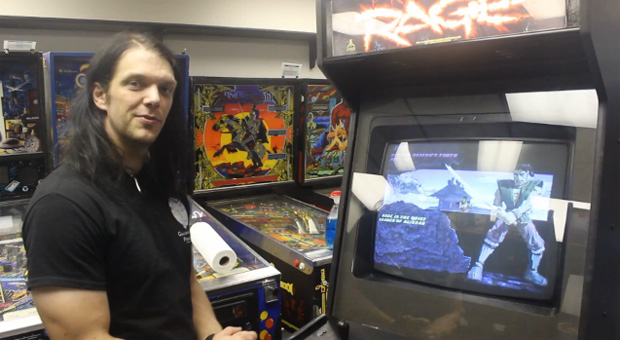 I had no idea! There was a Primal Rage 2, but it was never finished.

Still, there are at least a couple arcade boards in existence of a prototype version, and Brookfield, Illinois-based Galloping Ghost Arcade has acquired one of them. It’s playable, if you live nearby.

The canceled sequel stars avatars of the original game’s dinosaur gods, hence the human fighters. They possess the ability to physically change form mid-battle, so the cast isn’t the complete departure from Primal Rage it initially appears to be. Shame this never saw release.

Gameplay footage of Primal Rage 2 was streamed. Here’s the archive: