As more and more MMO’s are popping up in today’s market, it’s difficult to stand out in the crowd. However, the veteran MMO developer Funcom (creators of Anarchy Online and Age of Conan: Hyborian Adventure) is looking to create an online game unlike any other.

Shown off at EA’s Summer Game’s Showcase, The Secret World is a new MMO that aims to take a new approach to the genre.

Now take a moment and try to imagine what our world would be like if myths, legends, and all things supernatural actually existed. A world where vampires, werewolves, ghouls, and demons stalked the streets of major cities around the world. And that the only ones keeping the balance between the human world, and the world of the supernatural, are three secret societies called The Illuminati, The Dragons, and The Templars; that have long been controlling the course of mankind from behind the curtain.

During the hands-off demo, many of the key features for The Secret World were put on display. Referring to them as the four pillars of gameplay and narrative players will make throughout their experiences — the modern settings, secret societies, free form progression, and the narrative decisions — Funcom seeks to emphasis the importance of player actions and decisions by giving them as many choices as possible. 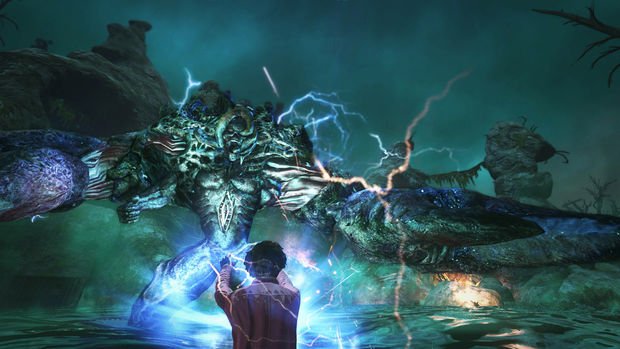 One of the more surprising aspects of the game is that there are no character classes to choose from. While you still acquire experience points and level up, you also get skill points which you spend on various talent pools to shape your character in any way you see fit. As a part of the free-form character progression system, the over 500 different abilities to choose from give your characters a degree of flexibility and give a sense that you have complete control over your character’s evolution.

The demo begins on Solomon Island, a location that has been under attack by undead creatures known as the Draug. The hero character, who has sided with the Templar faction, meets up with a contact from the mysterious group Orochi Organization. The NPC tasks the player character with seeking out the source of the Draug invasion and forcing them back off the island.

When taking new quests or otherwise watching cutscenes during instanced locations, you’ll be treated to a scene with the non-playable characters that feature full voice and motion capture animation. As one of the main pillars for The Secret World, having fully voiced and dynamic characters will be able to bring more into the experience. While it did look a bit rough at times during these scenes, it is impressive to know that all encounters with NPC’s feature such detail in speech and animation. 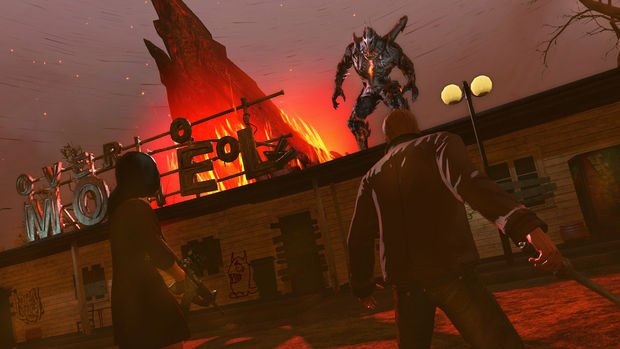 After accepting the quest to clear out the Draug invasion, the player is transported to the instanced dungeon via a super high-tech helicopter. Upon arriving, the hero character meets up with the rest of his party members (all controlled by Funcom developers.) Before commencing with the instance, the developers gave a rundown of the party member’s roles: The tank player who utilizes heavy weapons and damage mitigating magic, the healer who uses the mysterious blood magic, a ranged character utilizing rifles and grenades for AoE and crowd control, and finally an elemental magic user specializing in fire spells. As for the hero character, she’s a close ranged fighter specialized for high damage output and DPS.

As the party makes their way through the dungeon, wading through bodies of water almost knee deep, they fight various forms of Draug that use different tactics and spell to combat the party. Male Draug creatures summon zombies as backup while still being able to hold it’s own in combat.

The overall look and feeling of combat in The Secret World looks to be what most gamers would expect from an MMO. Funcom has taken a step back from the more action oriented combat in Age of Conan, but that isn’t to say that players won’t be kept on their toes during fights. During a battle with a female Draug creature, the enemy uses various lighting spells to electrify the waters around the player, causing additional damage. With the inclusion of environmental hazards and spells that focus on key areas in the field, players will also have to factor movement and placements of their party during battles. 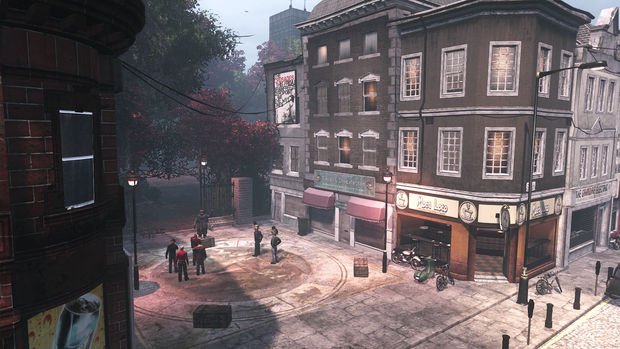 After clearing out the mobs of Draugs, the party comes to a cliff overlooking a field with a makeshift fort made out of shipping containers and a massive ghost ship, known as the Polaris, that has since run aground and is the source of the invasion. From here, the party receives orders from their quest giver and are given time to prepare. Also in this area is a feature known as the “Anima Well.” These wells allow players to respecialize and alter their character’s abilities to adapt to the challenges they encounter. The hero character switches her abilities from close ranges attacks to elemental spells and long range attacks to prepare for the next battle.

The party then enters the shipping container fort and encounters The Verangian, the first boss of the dungeon. Using similar tactics and spells as the weaker Draug, The Verangian takes advantage of his large size and strength and attacks the group. With the party still standing in bodies of water, the boss uses the surrounding water to summon zombies and takes advantage of lighting spells to cause additonal environmental damage. Eventually, the monster falls back towards the shipping containers while the party remains in pursuit. With lighting spells in effect, the party leaps onto the nearby containers to stay above water as to avoid electrocution. After using the containers for high ground and with their long-range spells, the party defeats The Verangian.

Afterwards, the developers show off an interesting way to acquire loot. Near the defeated boss is a cache of high-tech treasure chests that require security numbers to unlock. Luckily, the shipping container that houses the chests has a code on the side of it which can be used to unlock the chests. Funcom briefly mentioned their intent to expand upon this feature by creating real world websites that contain secret codes which show the locations of secret chests within the game world, and also the passwords to unlock them. 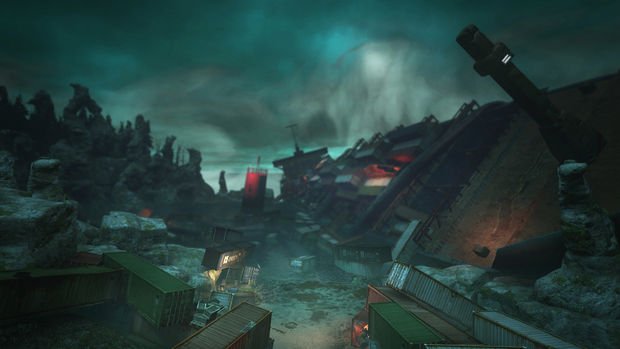 For the sake of time, Funcom skips ahead to the later half of the dungeon to encounter another boss known as the primordial dweller. A large mammoth-like creature that uses lighting spells, the dweller is seemingly the source of the invasion on Solomon Island. Using similar tactics from the previous boss, this boss is quickly defeated. The party members are then extracted from the dungeon by the same helicopter from earlier, and another cutscene is shown where a large monster swoops by the helicopter and forces the vehicle down.

As the demonstration comes to a close, Funcom expressed their interest in creating an MMO that is unlike anything that anyone has ever seen. While they’ve succeeded in creating a setting that is incredibly engaging and interesting, the combat itself looks like it’s fallen back into the sort of typical MMO combat. Which is disappointing after Funcom’s previous effort with Age of Conan’s heavily action oriented combat. With that said, everything about the game looks on point. Great setting, a strong narrative, and so far several good ideas.

As for the game model, Funcom stated that they are exploring all possible options as either a F2P game or with a subscription model.