It’s like Diablo and Dungeon Keeper had a baby

It should go as no surprise that Ubisoft’s The Mighty Quest for Epic Loot caught a lot of people by surprise at this year’s E3. A clever combination of two genres that inherently belong together; this lovechild of Diablo and Dungeon Keeper oozed an unwieldy amount of charm in both its design and snarky humor.

To think, a brand new IP — from the franchise factory Ubisoft — that blends the hack n’ slash loot whoring fun of a dungeon crawler with the maniacal mischief found in a dungeon defender. Really, what’s not to be excited for?

Now granted, being free-to-play is not an immediate death sentence for a game. Without a question, some of the industry’s biggest titles (League of Legends and Team Fortress 2, for example) have found the magic formula between free gaming and micro transactions. The Mighty Quest for Epic Loot is still trying to find that magic, and for the most part it does a good job in its current state at managing the quality of items paid for with those acquired from raiding castles.

My only real complaint is the pay for convenience model the game is supporting when it comes to bypassing required build times for castle upgrades. In-game currencies, acquired from looting for example, can be used to purchase anything in the game; you just may have to wait a few hours before you can actually use it unless you’re willing to fork over some real world money, giving the game a very Facebook feel to it. 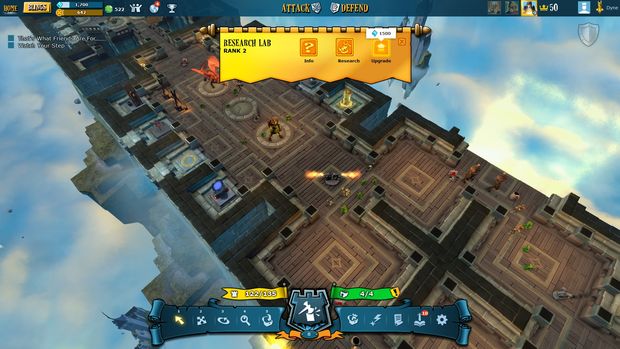 Putting that aside though, I can’t help but really like The Mighty Quest for Epic Loot. It’s two games in one, and while one (the dungeon defending) needs some work, the action packed portion offers a pretty solid expedition.

I’ve been rolling a mage for the better part of the last two weeks and have had a hard time giving my mouse a rest. As the Earl of Evilosity, pulling enemies together into fiery explosions is quite satisfying. By no means is the hack n’ slash gameplay on par with titles like Diablo and Torchlight, but the relatively short but sweet loot escapades it offers are perfect for when there’s a moment to kill. What has started off as a quick jaunt on the more than a few occasions has become many lost hours trying to defeat a few dubious dungeons. 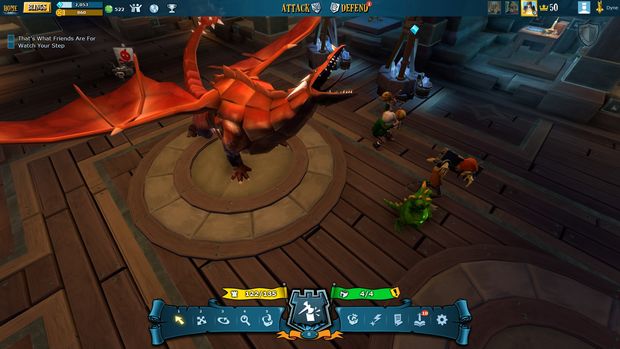 These dungeons, or rather floating sky castles may actually be the true star of the game. While The Mighty Quest for Epic Loot is a strictly single-player romp when it comes to raiding dungeons, its brilliance lies in its asynchronous multiplayer competition that comes from building the perfect loot sanctuary to keep out would be thieves.

Aside from a few areas in each zone that’s on offer, the vast majority of dungeons are built by everyone playing the game. Get thwarted when running a rival dungeon, then steal their layout for your own. Better yet, when your hard work has been vanquished watch a real-time replay to learn your weaknesses for building a better strategy for next time. 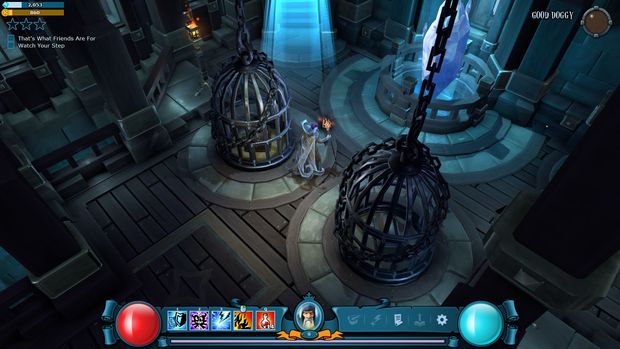 When you successfully smash through someone’s lair the feeling is instantly gratifying, but there is an even greater sense of pride when you know your deathtrap dungeon has left the most skilled deflated and angry.

At its core, The Mighty Quest for Epic Loot shows a lot of promise. I love the dungeon building and the quick and instant gratification the hack n’ slash looting gives. Hopefully by the time the game leaves beta Ubisoft will have found the magical balance between pay and play. As of right now though, I can’t shake that Facebook game feeling. If that indeed is a bad thing.