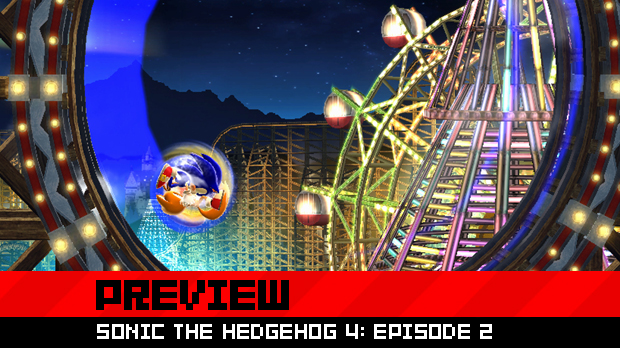 I haven’t committed much time to playing a Sonic the Hedgehog game since its first sequel, which would normally make me feel somewhat disqualified to talk about what the blue hedgehog is up to in modern days. But playing Sonic the Hedgehog 4: Episode 2 at GDC, I didn’t feel as if I’d missed much of anything, particularly as our demo had a focus on Sonic’s sidekick, Miles “Tails” Prower.

Tails was my favorite part of Sonic 2 (which I wholly admit may affect my judgment here) and I always wished I could have approached stages in that game using only the little freak of nature. But an inability to play him solo and the design which limits the viewable area of the level to what’s around Sonic meant I’d never get quite what I wanted, even if I had a second person to hold controller one. 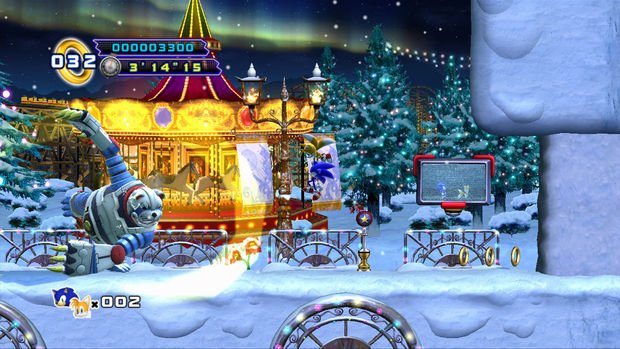 Players still won’t have total freedom to explore the game as Tails this time either, but some allowances are being made to make playing with the pair a little easier. The screen will zoom out to some degree when they are apart, then rubber-band the player lagging behind forward to the player in front. As Sega described it to me, levels are being designed which takes this mechanic into account for the purpose of cooperative speed-running, whereby two players can work together to collect all secrets in a level while constantly moving forward to the end of the stage for a fast time.

Tails brings a few new abilities to the game as well. He can pair up with Sonic to perform special moves together. This includes Tails’ signature flight ability, which allows him to grab Sonic in mid-air and carry him a short distance in any direction. While on the ground, the pair will roll together to do massive damage, necessary to eliminate some larger enemies. 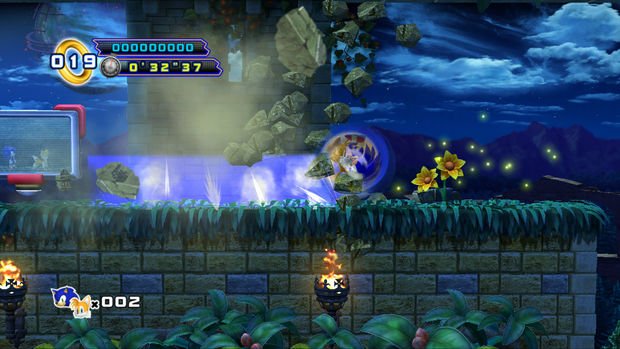 The physics are also more of a return to form, with Sonic properly maintaining his momentum during jumps and spins, as well as gaining momentum on hills without player interference. As such, I didn’t have any problems adjusting to the controls and it feels much more like a proper Sonic game than what I’ve seen in the last decade.

Sega promises that they have more to reveal, including some new features and abilities, but the game is promising. It’s a little hard to imagine Sonic fans still managing get their hopes up about the series by this point — particularly when every single release just results in a barrage of complaining. Maybe having that enthusiasm up is where they’ve gone wrong all along. What I played today, I enjoyed but didn’t feel like a revelation. It felt like a solid Sonic the Hedgehog game. Things seem to be going along the right track, leaving me cautiously optimistic that this will at least turn out to be a fun title.