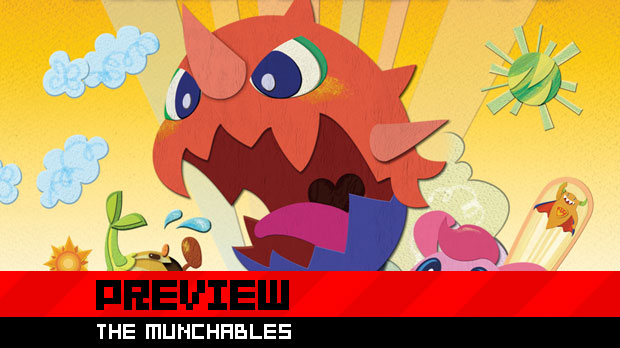 That may be too bad, since Munchables was actually kind of fun.

In a nutshell, Munchables has you playing as a very hungry protagonist whose planet has been taken over by onion-based space pirates (yes, they’re space pirate onions). To save your planet from these pirates, you choose either Chomper or Munchy as your main character and proceed to eat your way through multiple levels and fight against eight main bosses to save the planet.

As the title of the post suggests, there are some heavy influences from both Pac-Man and the Katamari series at work here. The main character that you play looks quite a bit like Namco’s yellow pellet muncher. Not only that, but his main motivation is eating things — hence the name Munchables, I’m assuming. Where the Katamari part shows up is the way in which the levels are navigated and cleared. 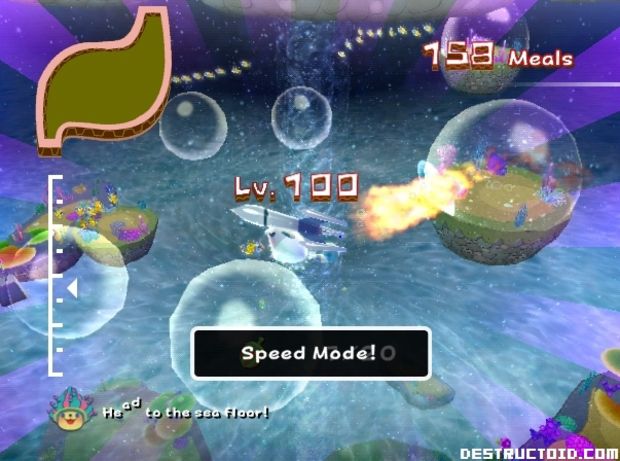 The Katamari influence isn’t as direct, though. Since you don’t roll anything up or get immensely huge to complete a level, you may not see it. But clearing a level or area requires that you level up your character by running around eating items and enemies until your level gets large enough that you can move on to the next area. So instead of getting a great big Katamari at the end, you get a nice big experience level that allows you to move on to the next part.

Increasing your character’s level is important; like a Katamari’s size limitation, you can only defeat things that are at your level or lower. Since every boss that you come across will be at a higher level than you are, the mechanic to defeat them is to lock on with the Z button and slam into them by pressing B. Slamming the higher-level enemies breaks them into smaller, lower-level ones, and so on and so forth. Once they become small enough to have a lower level than you, it’s eating time. 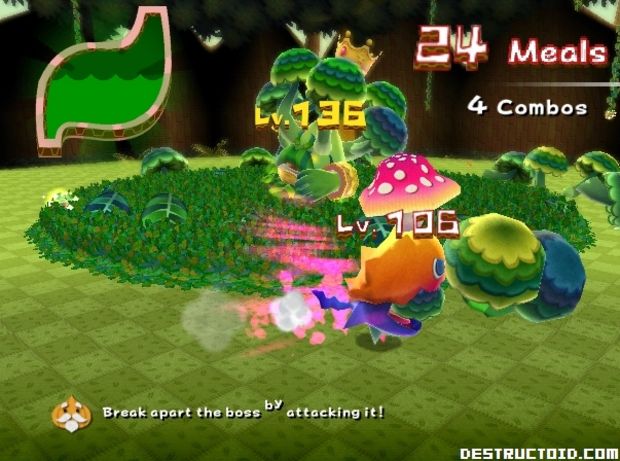 That’s pretty much the game as far mechanics go. As far as looks, it has a sort of cutesy artwork style that has some Japanese influence in it. That may be the reason Munchables passed under the radar for me before; I thought it was a little kids’ game at first. After playing it, though, I would say it may make a nice diversion between all the mini-games on the Wii. It also has a decent enough complexity to entertain grown-up gamers without being overly difficult for the kids, while simultaneously showing a quirkiness that may appeal to certain gamers.

For example, the broccoli boss is called Brocco Lee, as in Bruce Lee. As in a piece of broccoli, with a black belt, in a Kung Fu suit. I said it was quirky.