And that’s really all there is to say about it. While there are some cuts to the game (and a rather major one at that, if you hit the jump), I can easily say that there really isn’t too much more to say about the game other than it’s portable and very much like the original. Previewing this is like previewing Scribblenauts. While the product is amazing, it’s pretty easy to summarize.

So where does this leave us? Well, if you read the rest after the jump, you’ll get some impressions, but trust me, this is very much the LittleBigPlanet you know and love.

The biggest cut from LittleBigPlanet PSP has to be the multiplayer. It’s a major drag, as levels have to be designed with only the single player in mind, and a lot of the charming interactions between players is lost. This could be a major hit to the fun of the game, depending on who you are. I still happened to find the demo to be enjoyable, so take it for that.

Everything that you knew and loved about the PS3 original is here. Expect to see customizable Sackboys and girls, plenty of stickers to stick everywhere, and all sorts of level editing to be done. Don’t be surprised if you are nickle and dimed for DLC as well. 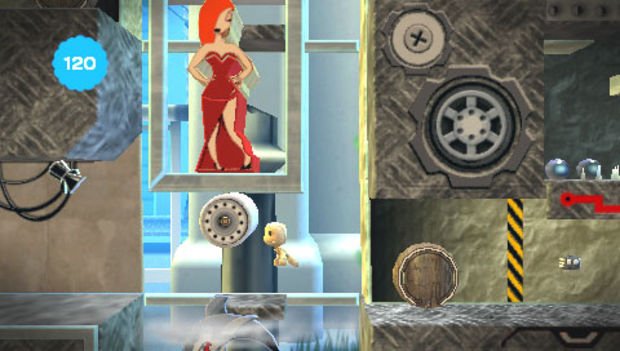 The level I checked out was an Australian-themed zone where I had to hop around kangaroos, boomerangs, and all sorts of Australian stereotypes brought to us by Crocodile Dundee. While playing by myself was a little lame, and not figuring out how to make the Sackboy do his fun facial animations limited the fun I had just a tiny bit, I found that the gameplay has remained true to its bigger brother counterpart. Jumping is still a little floaty, and sometimes cheap deaths got me over and over, but this is par for the course with LittleBigPlanet.

Graphics are were LittleBigPlanet PSP stands out the most, as there is very little different from the original game. Sackboys are ready to be customizable at the press of square, and the levels remain as charming as before. There’s a little of the graininess with the Sackboy, common for these downgrade types of games, but the levels look almost as good as the original. 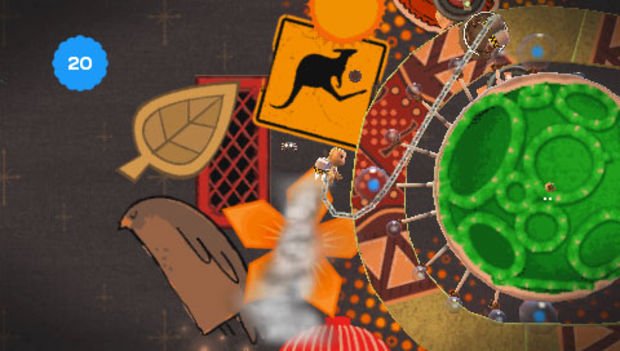 I didn’t get to spend too much time with the level customization, but the tools look to offer the same level of flexibility as the original. Thankfully for those on the run who would find the time investment  to make good levels in the original daunting, having on-the-go creation tools should make that bus ride every morning a little bit more bearable.

I’m going to have to say that if you were someone who found the original LittleBigPlanet to be a great game and a lot of fun, you should find a great game here. And it’s portable to boot! That alone is a pretty awesome.

For everyone who was a little unimpressed with the original, however, I’m going to have to say that this doesn’t look like there’s going to be anything terribly new here to change your opinion. Also, the lack of multiplayer is lame, and a sure sign that there’s probably not going to be an easy conversion process of user created levels from the PS3 version. However, it promises to be a solid game for PSP users this holiday.