Woah, a Facebook game! I don’t think I’ve played one of these for a while. In fact, the last Facebook game I played was over a year ago, coincidentally another one linked to Ubisoft — something about castles that my girlfriend urged me to play because it looked “cute.” Thankfully, there’s nothing remotely adorable about Ghost Recon Commander, and it’s actually being developed with non-Facebook gamers like me in mind … or “hardcore gamers,” as Loot Drop calls them.

Sure, there’s a lot more to being hardcore than enjoying violence, but it’s at least a start. This is especially true when you look at the overwhelming amount of fluffy s**t in Facebook games that’s meant to appeal to middle-aged housewives. 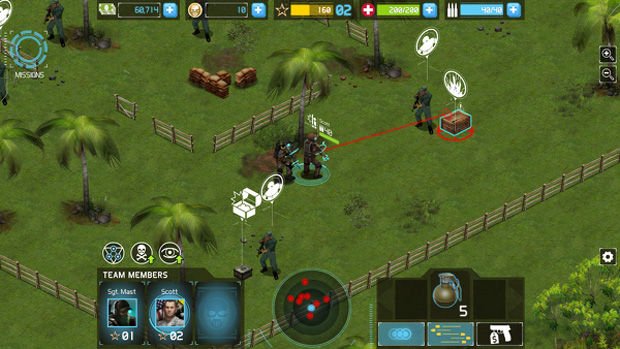 Not that I have anything against housewives, but, let’s just face the truth here: A blatant distinction exists between the games on Facebook and the ones we play on consoles. Thankfully, Loot Drop recognizes this distinction and aims (no pun intended) to tap into a relatively untouched Facebook market … people who like to shoot things. And yes, Commander lets you shoot plenty of things, including poor, defenseless chickens — to my personal gratification.

For those who don’t know, Loot Drop is headed by one of the founding fathers of shooters, John Romero, and possibly the most articulate and insanely attractive woman I’ve met in this industry thus far, Brenda Brathwaite, who is best known for her work on the Wizardry series. Let me tell you, I’ve met plenty of fervent designers, but these two retain an enthusiasm for game development that I originally thought was exclusive only to college students and aspiring creators. 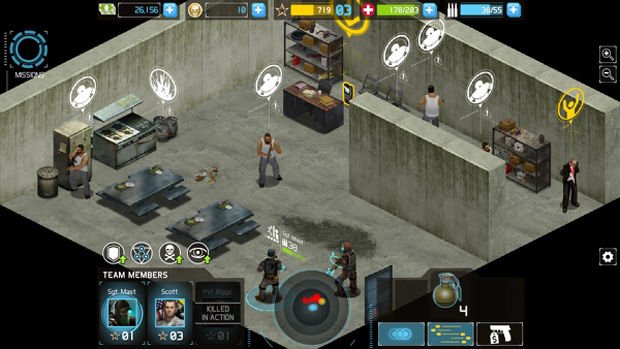 So what does this mean for Ghost Recon Commander? Well, a lot of passion has gone into the project. So much that Brenda actually bothered asking for direct feedback from the press while they were present. It’s rare enough that the typical game journalist will surrender passivity enough to constructively criticize a game in a preview, but it’s nearly unheard of for a developer to actively seek such information. Most developers see previews as a mechanism of marketing; these people saw them as a means of taking notes. This approach is very admirable, honestly speaking, and it shows in the product.

Ghost Recon Commander is an isometric shooter that takes place in the sunny, drug-riddled paradise that is Venezuela. Players take control of up to three soldiers, and embark on missions that entail everything from rescuing hostages to securing mounds of good ol’ Columbian crop dust (AKA a shit-ton of cocaine). Players are given a choice between six missions, all of which are repayable later on harder difficulties.

The premise is simple enough, but customization and upgrades are a key component to the gameplay. Players are given a “camp,” a sort of home base that acts as a centralized upgrading hub where every new object or structure purchased translates directly to better, stronger soldiers. Buy medical tents and hammocks to make your freedom fighters more durable on the field. Set up some training targets to ensure that every shot from your boys finds its mark. Basically, camps provide the typical Facebook game appeal of building things, though in this case it’s only a minor aspect of the gameplay as a whole. 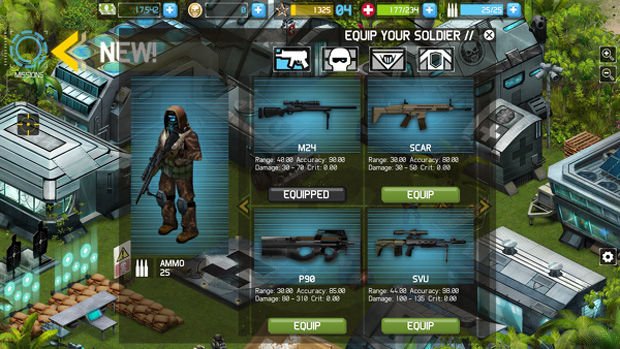 Speaking of gameplay, Commander is actually turn-based, but you wouldn’t really notice it if you played it. Facebook has redefined the term “casual” by allowing people to leave their shit running, without anything actually happening in their absence. As “hardcore” as Loot Drop intends Commander to be, they realized that ignoring the game at a whim is something the platform’s audience wouldn’t want to give up … and it’d especially piss them off to return to a squad of dead soldiers. So every click is essentially a turn, and enemies will only ever move when you do. Since there’s no “end turn” button, though, everything flows quite nicely and gives the illusion of a real-time experience.

One thing that really stood out for me was the game’s sound, courtesy of Loot Drop Sound Designer Dren McDonald. Facebook titles are typically bogged down by the limits of web media, so sound often suffers as a result. At times, I find online games so fucking obnoxious that I just mute the damned things. Ghost Recon Commander actually kind of shocked me with the quality of its effects. Guns actually sound like real guns; soldiers confirm orders with the intelligibility of actual humans. I recommend paying attention to all of the audible effects the game has to offer, because it’s obvious that McDonald knows what he’s doing.

The one thing most of you are probably wondering is what relation Ghost Recon Commander has to Ghost Recon: Future Soldier. The answer? Not much. Both games are stand-alone titles, featuring their own type of gameplay, story, and characters. However, playing one does unlock new content for the other, which is a neat feature that I enjoy seeing Facebook games provide more of. Acquiring specific guns in Commander will make them available in Future Soldier, which is good news for people who like to expand their gaming experience … bad news for anal-retentive neurotics who have to unlock every single thing a game features. Nothing a little Prozac can’t fix, though. 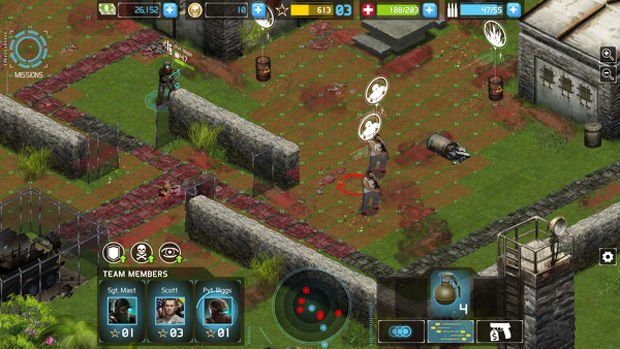 Overall, Ghost Recon Commander is actually starting to look like a decent distraction from office duties. One of Ubisoft’s PR reps asked me for some feedback, and one of my responses was, “Well, I kept playing, even when I knew I didn’t have to.” That’s not because of the cheaply addictive Skinner-box qualities that Facebook games tend to have (see here), but because I was actually having fun shooting up the game’s drug cartels. Mind you, I do so on my own time, so that perhaps had something to do with it.

The great thing is, you don’t have to just take my word for it. The Commander BETA is actually playable on Facebook right now, so go check it out for yourself!