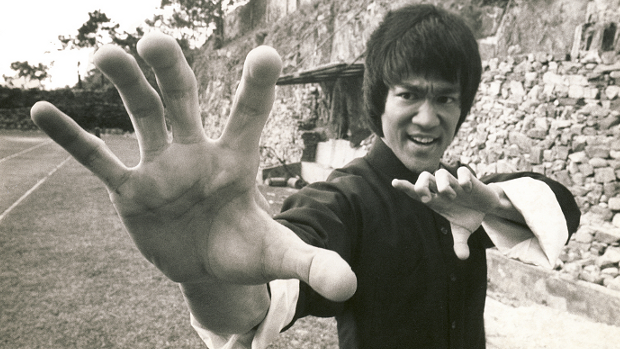 Be water, my friend.

Fluidity released on WiiWare a couple of years ago and proved a surprising treat for a lot of Wii owners. Tony Ponce liked it a lot. Good news for Tony — and for everyone else — is that its 3DS sequel is coming to the eShop for more viscous platforming fun.

The indelible Bruce Lee himself suggested people should be like water; formless and shapeless, with an empty mind. The developers at Curve Studios clearly took that mantra to heart, because Fluidity: Spin Cycle casts you as agua itself.

Spin Cycle opens with a cute cutscene involving a wizard. I know he’s a wizard because he has a blue robe, pointy blue hat, and a majestic, gray beard. On top of that, he has some sort of giant, leather-bound tome splayed out on his desk, above which various mystical-looking vials hang tenuously on a shelf.

The wizard is charming his book — some sort of account of both history, since the beginning, all the way up to the future — with adorable little rainbow sprites when he leaves it unattended. From the shelf, a dark vial sealed tightly sees and seizes its opening, shimmying itself off of the shelf, crashing down upon the pages. It’s assuredly an evil vial because from it seeps a thick black ooze. Sensing a call to heroism, a kindly water sprite — which eventually manifests itself as the water you control in levels — also tips itself from the shelf, entering the magical world brought to life in the pages with the hope of scoring some sweet rainbow sprite kisses.

The first few levels of Spin Cycle I played had dinosaurs, so things started off on the right track. Because moving your separable puddle of water necessitates use of the gyroscope — that is, you have to physically rotate the 3DS from side to side and, eventually, all the way around — the 3D is actually locked off. Wiggle that slide lever all you want. It’s a 2D affair and sensibly so, but hopefully that doesn’t put a dampening on your excitement.

Once I got the hang of sloshing around back and forth, I began on my merry way. The chronologically themed levels are a healthy mix of puzzle solving and platforming. What I played was largely rudimentary, coming from the beginning portion of the game, but if its predecessor is any indication, I don’t think you’ll breeze through the entire thing wanting for difficulty. For the completionists, there are also collectibles hidden throughout levels.

Additionally, the extra bits of water you pick up to expand your volume are often necessary to pass certain obstacles, but you also get stage ratings based on how much time you took to complete the stage and how much volume you ended with, whether you lost some along the way due to hazards or left behind collectible droplets.

There is something mildly unsettling, yet interesting, about controlling heaps of water en masse, particularly in a puzzle platformer as if your main character got squished by a trap, smeared all over the stage, and then continued to try and progress through sheer will power. Unsettling, but quite interesting, even if I haven’t yet grasped keeping myself together (much like real life). In addition to the labored jumping, different states of matter are introduced down the line, like with the previous game, adding more wrinkles to the gameplay as you become both ice and steam.

The opening portion of Spin Cycle was enough to whet my appetite. Soaking in the earthly timeline and beyond, into the future, is bound to be fun — at one point, I slid off the back of a dinosaur like Fred Flinstone leaving work. So when evil goop is loosed upon the world this December, water you going to do?