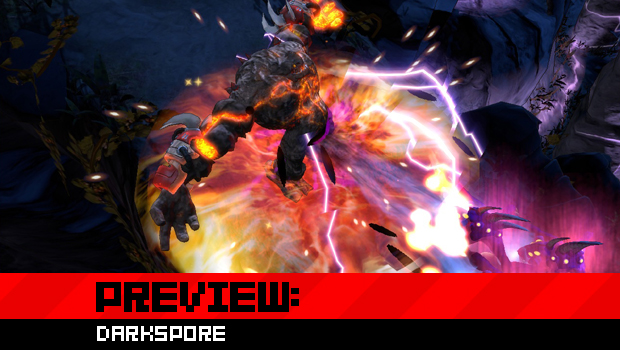 The basis for much of my opinion on Spore comes, unfortunately, from its spin-off games for consoles and handhelds. While the original title was something which captured my interest, my inability to commit to a life of PC gaming by upgrading this ancient computer prevented me from actually playing it. I’d like to do that someday because I want to know for myself if this is a series that can justify the marketing push which has foisted so many mediocre or worse titles on an unsuspecting public.

I mention this because I want you to have some background for the scene I’m about to set. I’m in San Francisco, visiting Maxis Studios and wondering why I’m there. The thought had crossed my mind that this would relate to Spore. Would have been impossible for it not to, but I wanted to believe that they were moving on to bigger and better things. I wanted them to be as embarrassed as I was for them. I’d forgotten about the trademark, a portent I was soon to be reminded of. My initial reaction upon seeing the title of the game I was about to see, Darkspore, was one of gut-wrenching fear.

It pleases me to say that my sense of alarm wasn’t necessary. Darkspore moves the franchise in a very different direction while taking some of the most compelling aspects of Spore along for the ride. 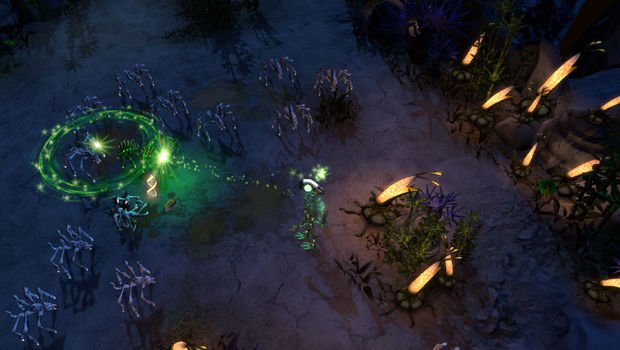 Darkspore is a third-person, action/RPG with a science-fiction setting. It tells the story of a race of beings known as the Crogenitors whose scientific studies granted them the capability to manipulate DNA by a means called “transfection.” Infusing creatures with elemental properties using this technique, they created awesome warriors called “Living Weapons” which exhibited tremendous power.

Not content with this, the Crogenitors searched for ways to increase the strength of their Living Weapons and discoverd “exponential” DNA (E-DNA) and began experimenting. All subjects transfused with E-DNA invariably became hideous mutations, dangerous and unstable. These “Darkspore” eventually overpowered the Crogenitors, forcing the race that would be God into hiding for a thousand years.

The time was not spent idly. E-DNA has been stabilized in this time. Using it’s power the Crogenitors are poised to unleash their Living Weapons and rid the universe of the Darkspore.

The story feels cookie-cutter. It is as though it only exists to service the expectation that because a game has RPG elements, it needs to have something resembling a plot. Thankfully, the story elements will be unobtrusive at worst. Unlike many titles of it’s ilk, Darkspore is dispensing with the idea of acquiring quests from NPC characters in some sort of overworld. Plot elements will be conveyed through rendered cutscenes at specific points between levels. 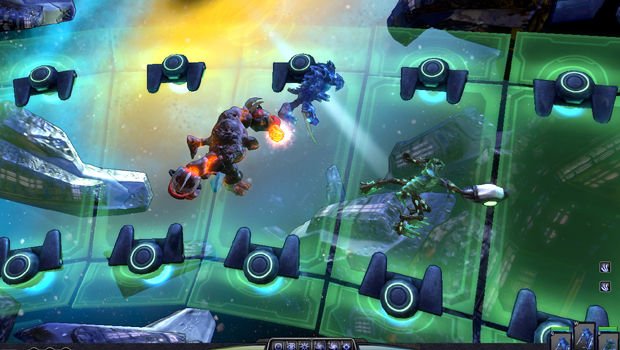 No, Darkspore is all about distilling core concepts from genres of gaming and, like the genetic wizards of its exposition, blending them to make a different beast. On the most basic level, it is a game of “left-click to kill” where you contend with swarms of enemies that fall before your might. Elemental effects take on a crucial role, with enemies being weak and resistant to the attacks of your Living Weapons.

Since running into the wrong type of foe could spell complete disaster, you’ll field a unit of three Living Weapons, which you may select out of all the creatures you collect in the course of the game. These are unique hero characters, whose skill sets are derived from being one of three classes and possessing the properties of one out of five elemental types.

Controlling one of your Living Weapons at a time, you can switch the active character instantly but must wait a period before changing again. Each character has some special attacks in addition to their basic moves and each also confers an ability on the squad. These special powers can be activated regardless of which Living Weapon you currently control and can provide environmental effects and buffs.

The level geometry in Darkspore is static, but that’s the only thing that remains the same from visiting one of the game’s planets multiple times. Using random placement for environmental objects and an AI Director system to govern the spawning of enemies, levels should feel fresh regardless of whether or not you’ve tread its surface before. 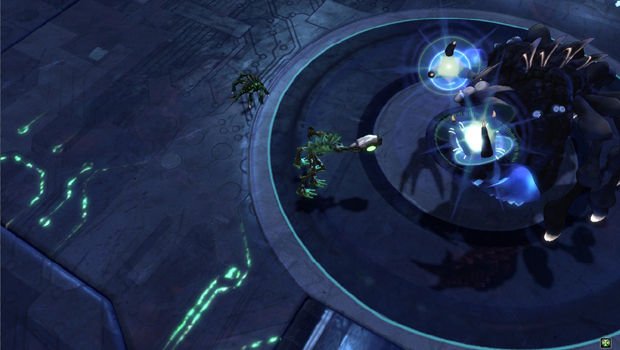 This a chaotic game and one which was designed to be a cooperative experience. Up to four players may team up against the Darkspore, with incremental difficulty and loot rewards for higher player counts. At the end of stages, players are given the choice of walking away with their prize or pressing on for better kit. Players who choose not to participate simply drop out of the game while the rest go forth. Since the game has no experience system, good loot is the only way to increase the abilities of your Living Weapons, which will no doubt factor into more than a few decisions.

The Spore Creature Creator has been remade entirely to support the new graphics engine Darkspore is using. It’s used to customize the look of your Living Weapons, giving it that player creation feel which so enchanted many fans of Spore. Most changes are only cosmetic, but that doesn’t make it any less fun to play dress-up with your creatures.

That’s not the only use for the Creator, however. Darkspore will also feature player-created content in the form of enemies. In fact, members of the Spore Creature Creator community have been making bad guys for some time now, unbeknownst to them. Player-made creatures are already present in the current build of the game and will continue to be added as moderated content after release.

Darkspore won’t be out until February of next year, so there’s still a fair bit of development time to go. What Maxis has shown so far is impressive. While it is unlikely to be hailed as a new revolution in videogames nor generate the buzz of its forebearer, it appears to be a smartly-designed game utilizing proven mechanics. I’m interested to know more at this point, which is certainly more than I would have said before having had the opportunity to see it.