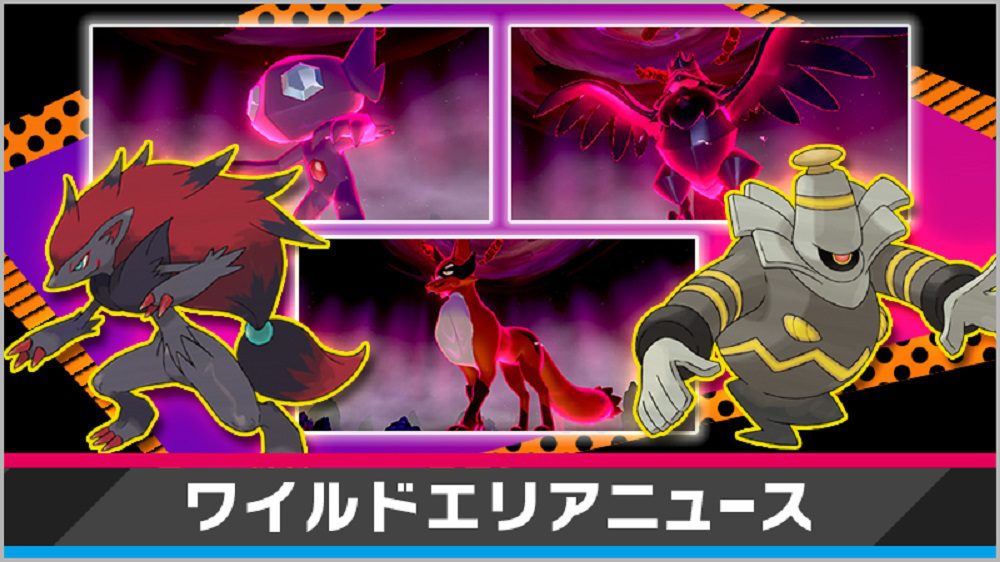 Pokemon Sword and Shield is still trucking, putting on competitive tournaments and headlining a lot of other properties generationally: like the card game. And now Pokemon is getting a Halloween wild area event.

The tweet from Pokemon’s Japanese account confirms that spooky-themed Pokemon like Dusknoir, Zoroark, and Corviknight can be spotted. Sableye and Thievul are also spotted in the promotional image, and “different colors [shiny] of Zoroark ” are teased. That essentially translates to increased odds of a shiny Zorark (but only that evolution). So the event actually runs until 8:59AM JST (November 1), which means it’ll conclude by 7:59PM ET on October 31. That’s right on time for Halloween night!

If you haven’t used the den shiny trick, maybe give it a shot this weekend. Locate a five star den, then save the game (turn off autosave). Enter the den, and see if it’s a shiny Zoroark. If it is, reset the game and then you’ll be able to invite people to feast on the shiny reward. Before you actually catch it, reset your game to begin the process anew until you’re ready to catch it yourself.

I hope that Game Freak takes advantage of the wild area in the future, and really goes all-in on it. Make online more of a focus, make it less buggy, and really hone in on the social aspect of it. I mean, with Switch Online being how it is, that’s a tall order, but they can try.