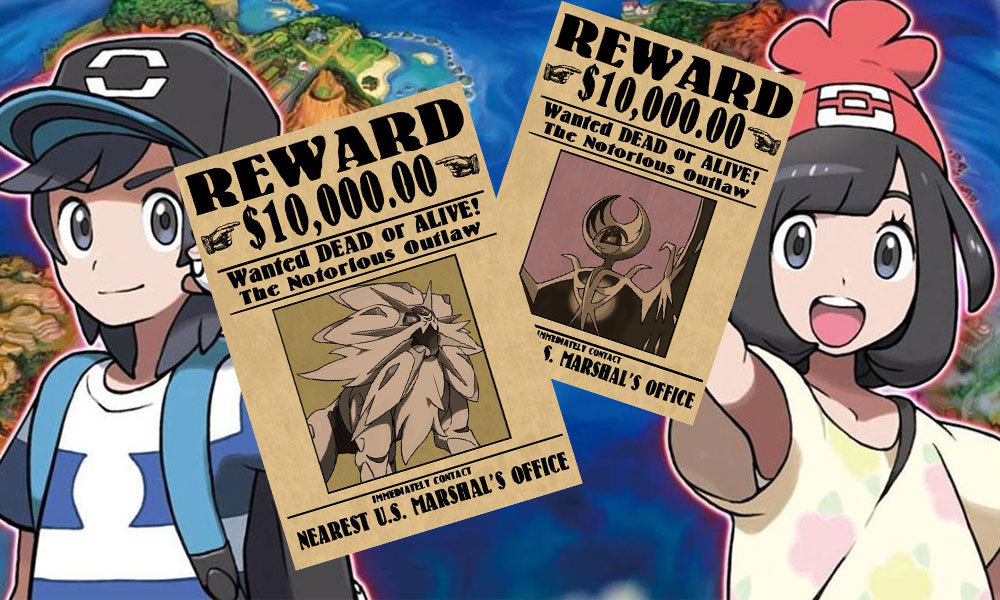 [And check out community member Inquisitve Ravenclaw! He helped with the wanted posters. I hear he’s a commissionable artist!]

As most people went out of their way to stay spoiler-free for the new Pokémon Sun and Moon, I went in the opposite direction. I checked out Smogon in the days leading up to their release, not to spoil the story but to see how the new Pokémon would stack up and shape the meta against the existing Pokémon universe.

All the data I’m using was a result of the hardworking (and arguably morally gray) data miners from the Smogon website. So it goes without saying that if you’re still clawing your way through the main Sun and Moon story and wish to stay unspoiled on details like what kind of new Pokémon there are in the games, then you should stop reading here. If you’ve beaten the game or just don’t care too much, then here are some of my top picks to be aware of in your seventh-generation Pokémon team building. Salazzle
Fire/Poison
Wanted for: high speed/special attack sweeping power and the ability to poison anything

If the Alola region should be known for anything, it’s the easygoing, laid-back atmosphere of its Hawaiian-inspired designs. And it seems all that relaxing has really left most of the Alola-dex Pokémon really wanting in the speed department. Which is why Salazzle is somewhat of an odd duck for its amazing speed.

Salazzle has some of the absolute worst bulk I’ve ever seen. I’ve heard of friends getting their Salandits ko’d by Dragon Rage; getting laid out by an attack that does a fixed 40 damage. But in addition to being in an enviable position of doing some serious poison damage to the influx of fairy types wandering the meta, Salazzle’s ability, Corrosion, means she can use Toxic to cripple some seriously tough walls who think they can switch in on her. 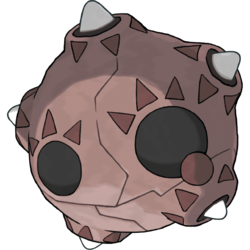 Sweepers would gladly give their left Poké Ball to have access to Shell Smash. Having instant access to Swords Dance, Nasty Plot, and Agility in one turn is certainly a powerful tool that has to be kept in low distribution before the entire metagame would collapse under the weight of all that offensive pressure.

Minior has already been advertised on trailers for being a weird flying rock that changes from a defensive stance to an offensive stance once it loses half its health. The thing trailers didn’t show is that Minior is basically Aegislash with Shell Smash and access to the flying type move Acrobatics. That’s a 110 STAB move, coming off of +2 attack and speed. You’re going to need something seriously tough like a Skarmory to even hope to tank that kind of power. 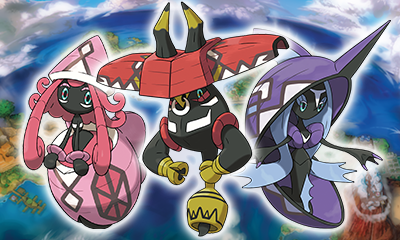 Alola’s four fairy type guardians have a special grip on the spotlight due to their ability to instantly set the four major new terrain settings, which are basically weather effects without being weather effects. In other words, any of the four guardians’ terrain specialties also stack on existing weather patterns like rain or sun. Tapu Koko’s Electric Terrain, Tapu Lele’s Psychic Terrain, Tapu Fini’s Misty Terrain, and Tapu Bulu’s Grassy Terrain are all strong effects that look to basically increase the shenanigans that started when Ruby and Sapphire started the weather wars.

So in addition to boosting all the guardians’ natural power levels, the terrain effects conferred all sorts of wacky bonuses. They all have their uses but my favorite is probably going to be Psychic Terrain, boosting the power of psychic attacks and blocking priority moves for anything touching the ground. Say goodbye to revenge killers using choice bands alongside Aqua Jet, Bullet Punch, or Quick Attack. 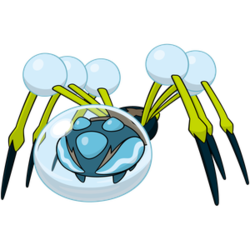 The discovery thread for Araquanid was one wild ride. At first, everyone thought Araquanid’s mediocre bulk and even worse offensive presence had sentenced Araquanid to the depths of obscurity. Then it was discovered through rigorous testing that the description to its ability, Water Bubble, neglects to mention doubling the damage of its water attacks. Even further, this ability isn’t just Adaptability by changing the STAB boost from 1.5x to 2.0x. This ability straight up doubles the damage of water attacks before even applying the 1.5x STAB.

This ability singlehandedly saves this excellently designed Pokémon from lower tiers. With investment in bulk, Araquanid can become a literal tank. It’s not as if a tank can load anything other than tank shells but that doesn’t mean a lack of variety hurts its ability to blow through anything in its path.

Did I mention Water Bubble prevents burn? Araquanid is good at one thing and nothing is going to stop it from doing that one thing: firing off absurdly powerful water moves. 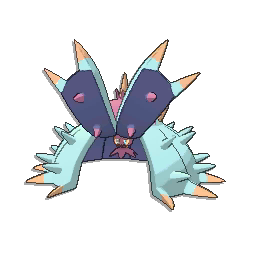 Have you ever been hit by a critical hit and cursed your bad luck? Have you ever knocked out a tough encounter with a lucky crit and thanked your good luck? Toxapex has an answer for your needs in the form of its ability, Merciless. Oh sure, Toxapex also has access to Regenerator, complementing its solid defensive bulk with a good 33% heal on a switch out. But Merciless allows this poison Pokémon, with poison attacks, to land automatic critical hits on poisoned targets.

Toxapex has the interesting option to wall teams with poison while also piling on the damage with critical hits. 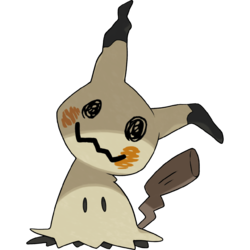 Often times Game Freak has a habit of introducing new mascot Pokémon with no skills to pay the bills in battles. Emolga is predictable and Pachirisu is beyond the veil of nicheness. But Mimikyu, the ghost that literally rips off Pikachu, has an ability that doesn’t just work thematically but is very potent. Mimikyu’s disguise, which also functions as its ability, Disguise, works as a free one-hit shield.

The possibilities from a free hit are vast and broad. Need to stop a sweep? Send in Mimikyu with a red card item, which forcefully switches them out. Want to sweep yourself? Set up a substitute and enjoy a few uninterrupted turns of Swords Dance. Heck, Mimikyu can probably go three turns without taking any direct damage if it uses Protect, any move, and Protect again. 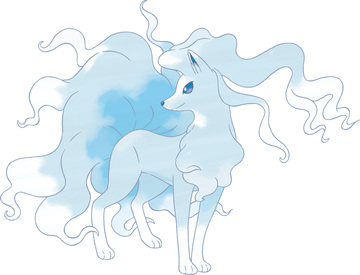 Alolan Ninetails
Ice/Fairy
Wanted for: Scattered hailstorms with one count in screen setups

My favorite Alolan form Kanto Pokémon has some extreme uniqueness and some one-of-a-kind utility. While ice/fairy leaves Ninetails vulnerable to some powerful attacks, being able to scare a large portion of Pokémon thanks to the fact that many have secondary typings in ground, grass, or flying, plus checking dark, fighting, and dragon makes Ninetails an interesting get for a team. But Alolan Ninetails may be best known for the synergy between Snow Warning setting up hailing weather and a very rare move, Aurora Veil. While it can only be used while it’s hailing, Aurora Veil performs the power of Reflect and Light Screen at once, halving all damage before even factoring in that Reflect and Light Screen themselves can still be stacked on top of Aurora Veil.

Hail is a very uncommon weather strategy, requiring careful planning to take advantage of extra passive damage without hurting yourself. But it can be argued that even if you can resist a 100% accurate Blizzard attack, would you really be interested in toughing out that kind of massive damage if you knew you were only going to be able to retaliate with half your usual power? I’m looking forward to these kinds of crazy shenanigans, personally. Pheramosa
Bug/Fighting
Wanted for: Absolutely the most lethal legs in the world. Do not engage carelessly!

UB-02 Beauty, aka Pheramosa, is in possession of the most dangerous legs in the game. To give you an idea of just how powerful Pheramosa’s legs are, imagine being able to outspeed Mega Aerodactyl, who’s whole gameplan is based on speed, then OHKOing it with a High Jump Kick. Even though Pheramosa has the glass frame of a ballerina that’s ready to snap at the slightest breeze, just like ballerinas, Pheramosa is packing serious power where it counts.

This beast’s offenses are also blessed. It’s equally dangerous physically as well as specially, meaning it’ll be hard preparing something that will want to take either hit. So if you think you can throw out a ghost to phase through High Jump Kick and call it a day, you’re still going to have to be mindful of things like Bug Buzz or Ice Beam. Kartana
Grass/Steel
Wanted for: Serial stabbings, lacerations, and general wanton slicing of everything in its path

If you think Gallade is cool but lacks the speed when things get hairy, then say hello to Kartana. This papercraft disaster has access to nearly every cutting themed attack in the game despite being a Grass/Steel Pokémon. Night Slash, Psycho Cut, Leaf Blade, Sacred Sword, Air Cutter, X-Scissor, and even the new steel type horn attack, Smart Strike. Good luck guessing its move set when you encounter it in battle. If Pheramosa is too frail for you, then you’ll be glad to know this walking cutlery drawer is as strong as a steel-tempered knife and sharp enough to cut through just about anything. Even with an attack base of 181, it still has the nerve to be able to use Swords Dance. It’s almost overkill.

While there are other Ultra Beasts with different approaches to high stat powers, Kartana has the easiest time of things with high attack, defense, and speed. While Kartana will burn just as easily as its typing implies to fire attacks and relatively low HP, it has enough defense and high enough speed to really be a problem requiring creative problem-solving skills to get around in a battle.

And those are just a few of my favorite picks to be on the lookout for in battling for the seventh gen. The meta hasn’t come close to settling with the recent release of Sun and Moon. Who knows what kind of strategies any enterprising strategist can come up with when they combine a zeal for strategy with a love of visual design like a flaming, dancing hula ghost, an absurdly skinny bug monster, or a crab with claws the size of boxing gloves.

Have you found any favorites you definitely want on your team?