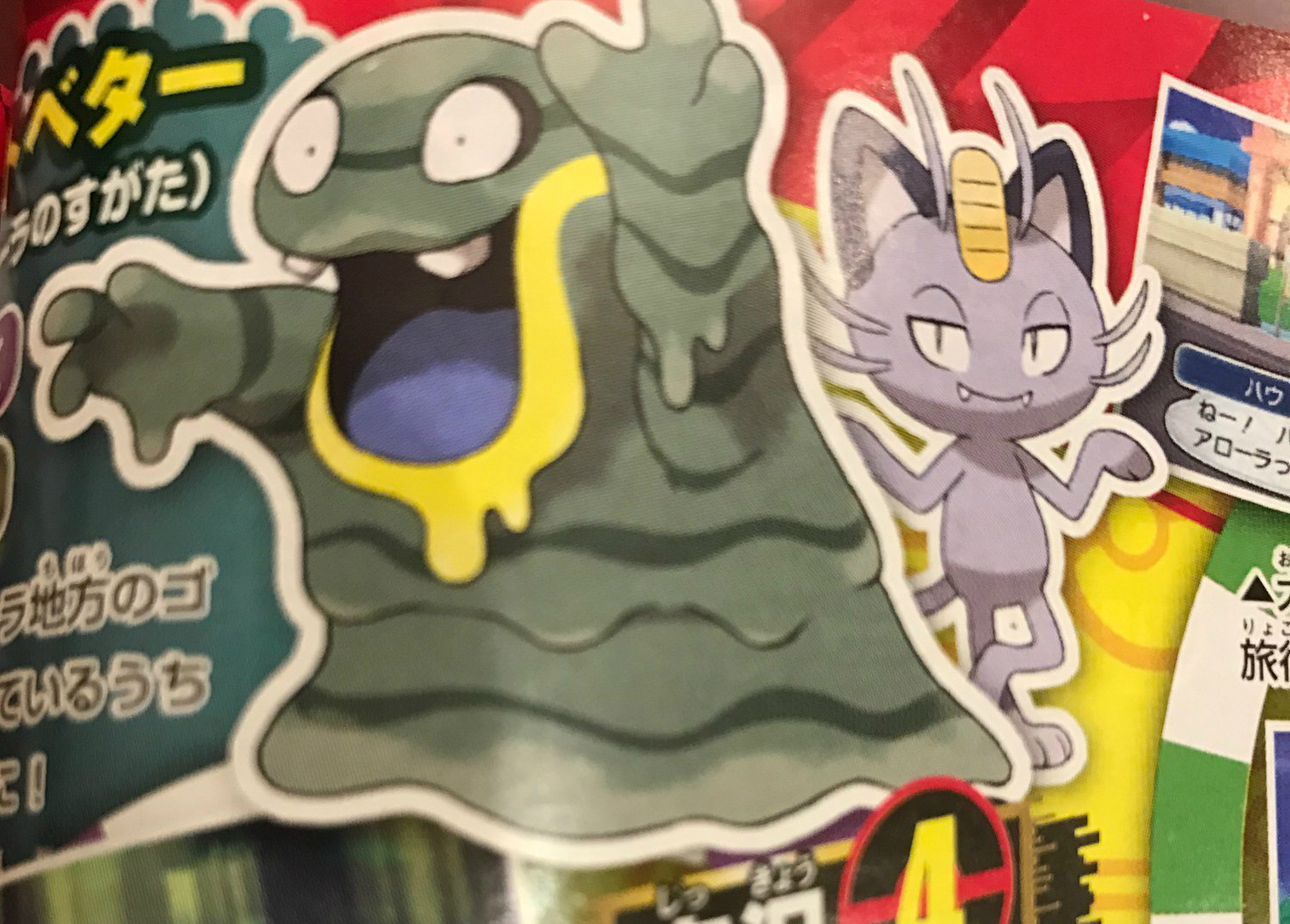 Maybe too much of a good time

Another oldie and goodie is getting an Alolan makeover in Pokemon Sun & Moon.

This time it’s Alolan Grimer, and he looks like he had a little too much Ecto Cooler and is now foaming at the mouth. The chillness of the Alolan Meowth next to him is really balancing him out. This news all comes by way of the Japanese magazine CoroCoro, where we’ve gotten most of our Pokemon related news from this cycle.

Another tidbit is the rumored evolution of Jangmo-o, which will be a dragon/fighting type, as well as Null’s evolution of Shiruvadi, and its propensity to alter types based on items its holding. The game isn’t even out yet and I bet people are theorycrafting these new creatures — I love it!